Facebook have released their "Hot Topics" report for August, highlighting the most mentioned topics, and which demographic groups were discussing them, across both Facebook and Instagram.

So what were the key issues of focus across The Social Network for the month? (Click to access a 'zoomable' version) 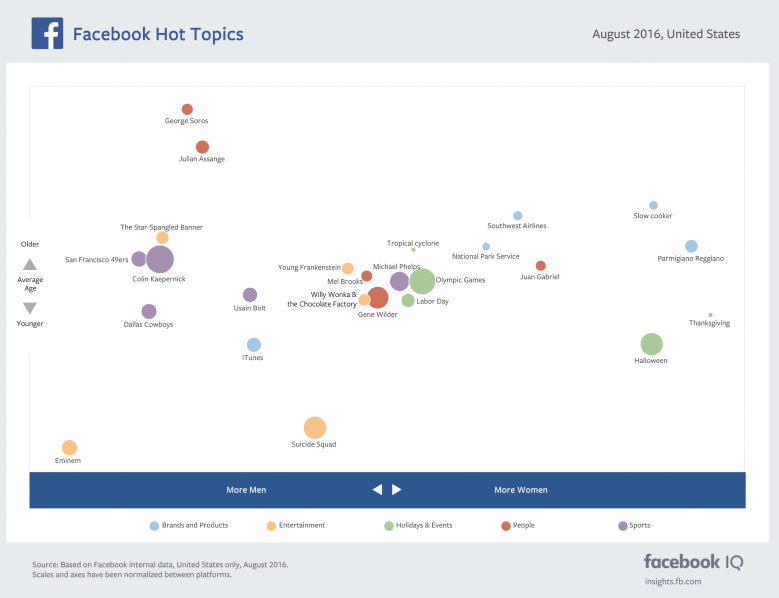 Naturally, the Olympics were high on the agenda, with the record-breaking efforts of swimmer Michael Phelps and Usain Bolt getting specific focus - though it's somewhat surprising that Simone Biles and Ryan Lochte didn't also make the list.

In terms of celebrities, the death of actor Gene Wilder sparked many Facebook users to post their memories and sentiments, while Colin Kaepernick's "Star Spangled Banner" protest also divided opinion.

In terms of brand mentions, Southwest Airlines got attention, while "Parmigiano Reggiano" was also a big topic of conversation amongst female users.

Over on Instagram, the trends bore some slight differences. 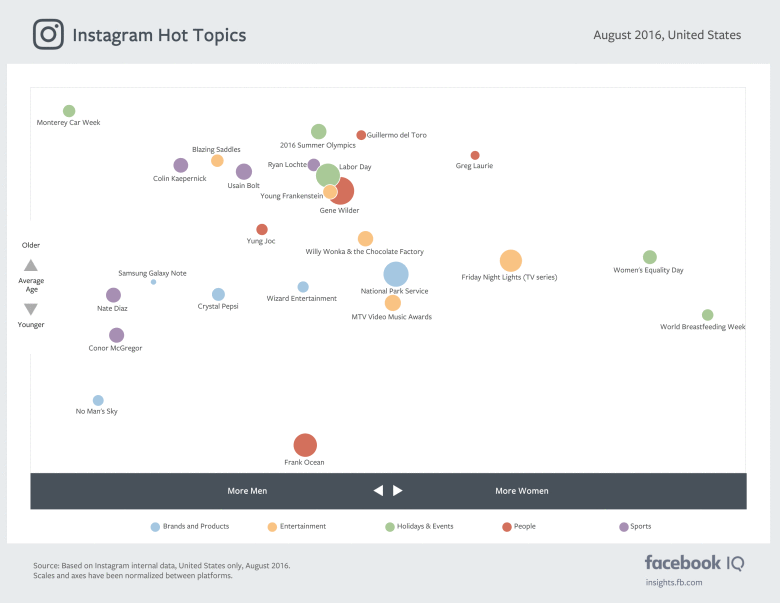 UFC is always a popular topic amongst Instagram users, and the data shows that both Nate Diaz and Connor McGregor got a lot of attention on the platform, while new computer game "No Man's Sky" and a new album from Frank Ocean also got more attention on Instagram.

When you compare the data, it's clear that Instagram hosts more pop culture-related discussion with Wizard Entertainment (the team behind comic convention "Wizard World"), the MTV Music Awards, "Friday Night Lights" and director Guillermo del Toro all making the list, despite not appearing on Facebook's topics. It's interesting to compare the audience attentions on each as an indicator of which is more relevant for your brand.

Facebook's monthly Hot Topics outline provides some great insight for marketers and those looking to generate more engagement - and thus reach - with their Facebook posts. And given Facebook's latest algorithm update, sparking your readers into action can play a big part in how Facebook determines how many people will see your updates.

Normally Facebook also publishes reports for the UK, Canada and Australia at the same time, but thus far only the UK report is available (UPDATE: Canada has now been added also). 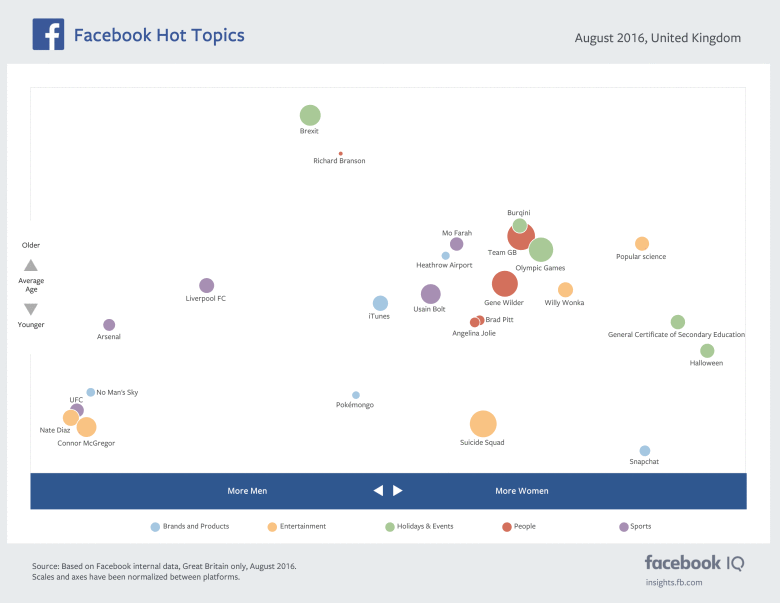 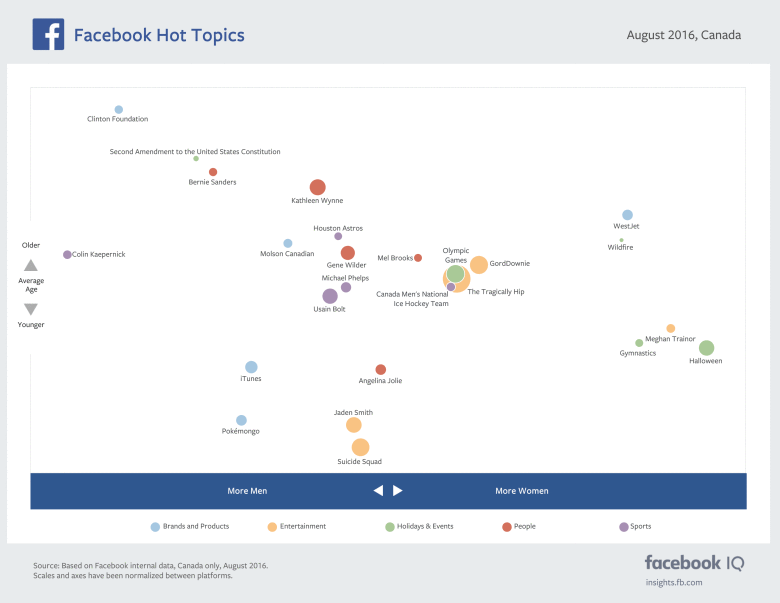 Either way, always worth a read - even if you're confident you know your target audience, there's always a few surprises in the Hot Topics data.