Facebook has released its latest Hot Topics report, highlighting the issues that generated the most discussion across both Facebook and Instagram in the first month of 2017.

The monthly Hot Topics reports provide key insight into not only what's being mentioned, but who by, which can help brands get a better understanding of the issues and subjects most relevant to their target markets.

The first report of 2017 has come a bit later than normal, but the insights are likely still relevant as part of your audience research process. 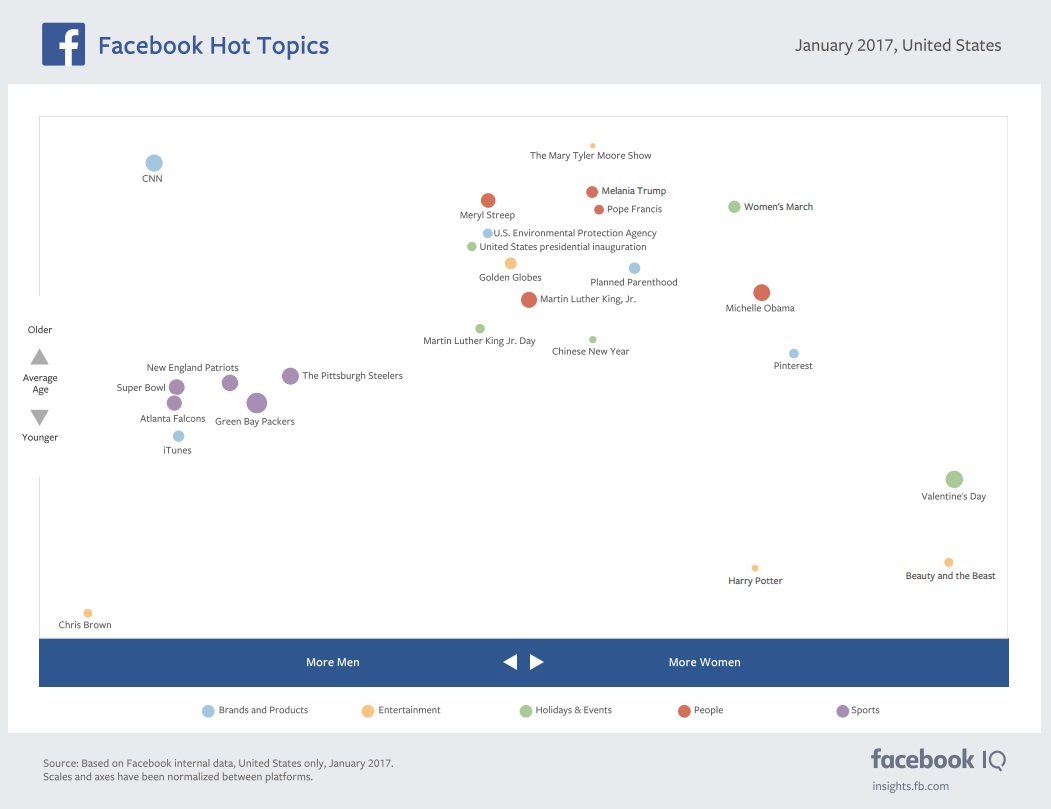 The NFL playoffs and Super Bowl generated a lot of discussion among male users, while Valentine's Day was a popular topic among women - even a month out from the actual event.

Interesting to note the contrasts between age groups too - for older men, CNN was a key topic of discussion, no doubt due to their coverage of President Donald Trump (and his criticism of the channel), while younger men were interested in singer Chris Brown.

Over on Instagram, the story was again much the same. 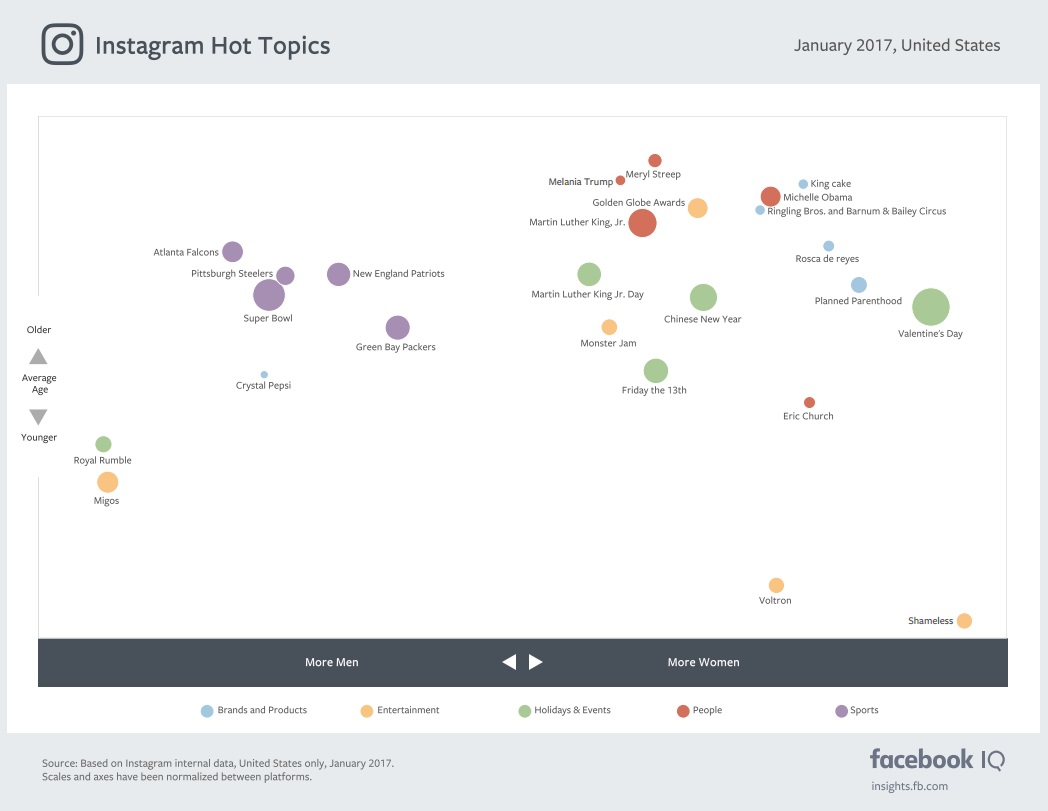 As you can see, both the Super Bowl and Valentine's Day saw big increases in mention volume, while there was also more discussion of entertainment topics - like 'Monster Jam', 'Migos' and 'Voltron' - than there was on Facebook.

As we noted last month, this seems to have become a trend - when Facebook first started publishing both Facebook and Instagram 'Hot Topics' reports (back in February 2016), the breadth of topics discussed on each channel was very different. They're now becoming more aligned, which likely shows how Instagram is diversifying their content and purpose. Which, in itself, is an interesting trend to note.

As always, Facebook has also included Hot Topics listings for: 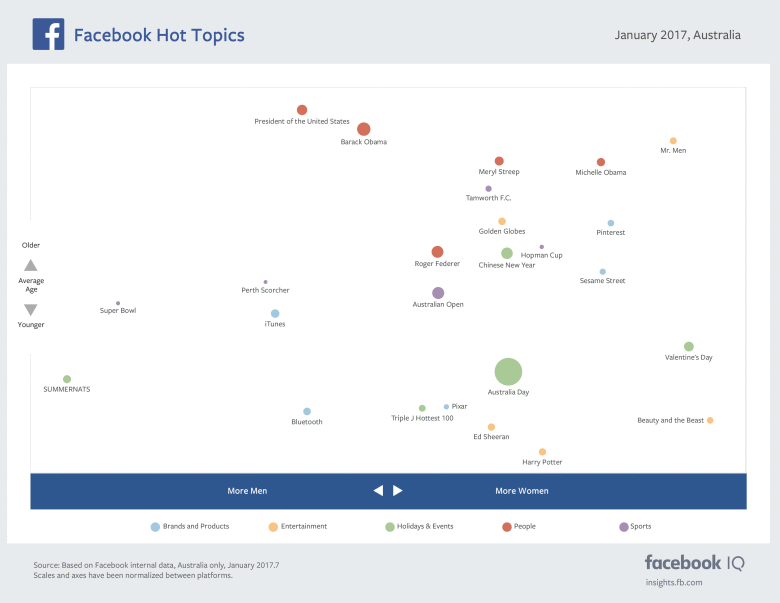 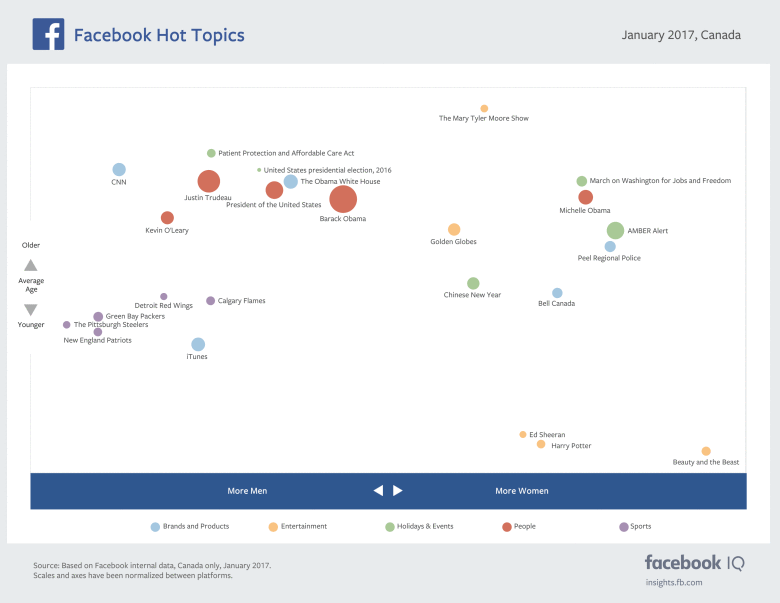 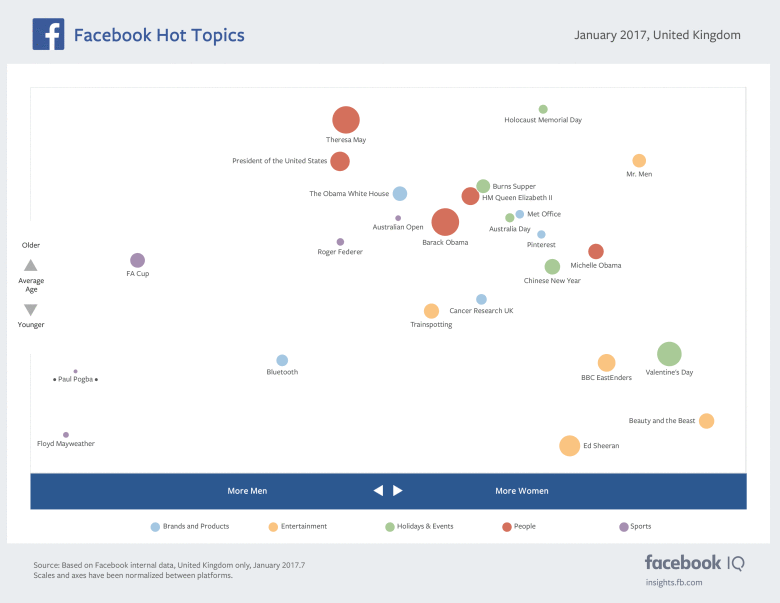 The reports are always worth checking out - a lot of the big trends are fairly obvious, but it's interesting to note who, specifically, is discussing each, especially in respect to your target audience.