Every year, We Are Social releases an updated version of its Digital Trends report, a comprehensive round up of the latest data on how digital adoption is evolving around the world.

The report provides a great resource and reference point, particularly for those looking to get more specific, regional data on such trends and go beyond the numbers provided by the platforms themselves.

This year, the company has teamed with Hootsuite to produce their latest analysis of social and digital trends in 238 countries, the first part of which they've release this week. And it's definitely worth a read - here are some of their key findings: 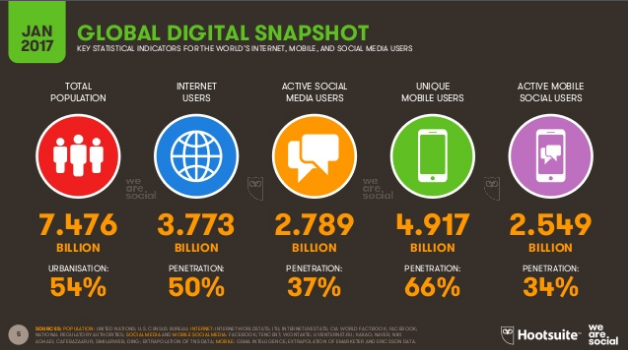 The researchers found that global internet penetration has increased 10% in the last 12 months, and is now up to 50%. That's a big jump from the numbers Facebook's internet.org initiative had been sharing at this time last year, putting that figure at more like 33%. It's feasible that connectivity has improved this much since then - internet.org itself says it's connected 25 million people - while the number itself highlights the rapid growth of internet access, and the opportunities of such connectivity. 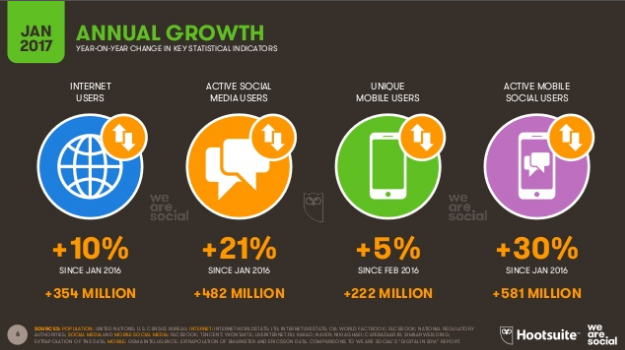 You've heard it many times before, you'll hear it many times more in 2017 and beyond - you need to be factoring in mobile and how consumers are now accessing content. Part of that is mobile optimization, of course - you need your website to be optimized for mobile display and response - but it's also important to consider how people are using their mobile devices, the means through which they're spending their time.

For example, a report released back in 2015 showed that consumers spend 85% of their time on mobile in apps, but that only five apps, on average, see regular use. Without that full context, your strategy could be missing out on massive opportunities - while you need to be factoring in mobile adoption and use, you also need to be meeting consumers where they are, on the platforms they're already using.

Going on this data, that means being active on social networks.

In terms of region-specific growth, the researchers found that Indonesia has seen the biggest increase in active internet users, rising more than 50% year-over-year. 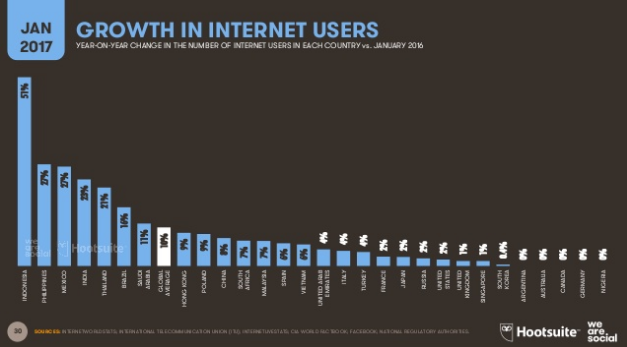 Indonesia was followed by the Philippines (27%), Mexico (27%), India (23%) and Thailand (21%), underlining the growing potential in Southeast Asia and India specifically.

India has been a big focus for Facebook in particular - last year, India banned Facebook's Free Basics initiative to connect more of the nation due to concerns over control of the program and how it would potentially give Facebook a competitive advantage. The focus on India makes sense - the nation is the second most populous in the world, with 1.3 billion people, the majority of whom are currently not connected to the internet. If Facebook can connect them, that'll deliver significant benefits for those users, but it'll also likely provide a huge boost in audience for Facebook - data shows that one in every three users who can access Facebook, do so. It's easy to see why Facebook is working to increase their Indian presence.

In terms of social media adoption and usage specifically, the report highlights social media penetration by region, along with specific audience stats. 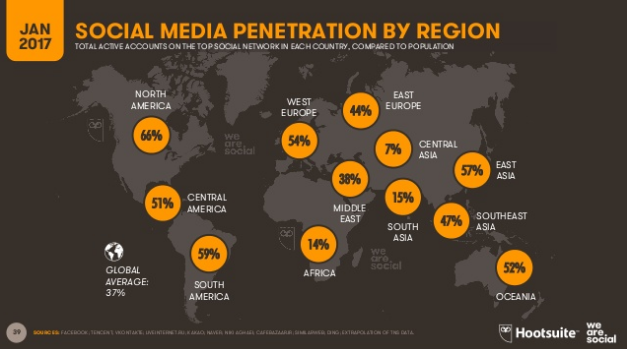 Qatar comes out on top for social media adoption, with some 99% of the population active on social in some form. North Korea has the lowest audience penetration rate. 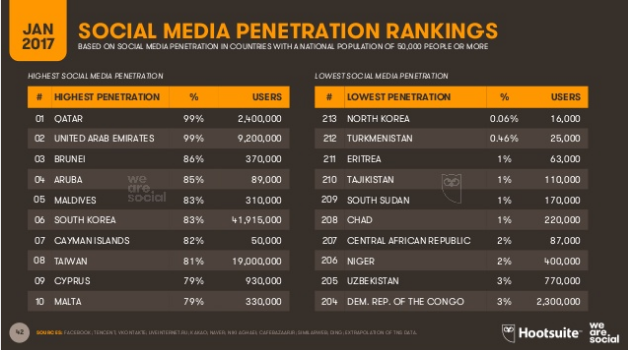 The popularity of social in China, meanwhile, has continued to grow, with the largest increase in active users. 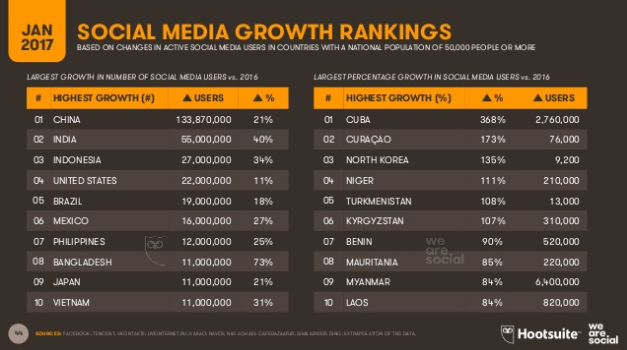 And Facebook, of course, remains the clear leader, with Australia having the most daily active users on The Social Network by comparison to total users. 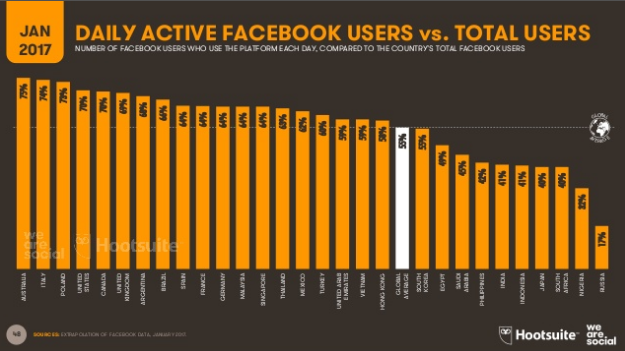 We Are Social's researchers also looked at mobile social media usage, and the regions with the highest percentage of mobile active users, which again offers some great food for thought. 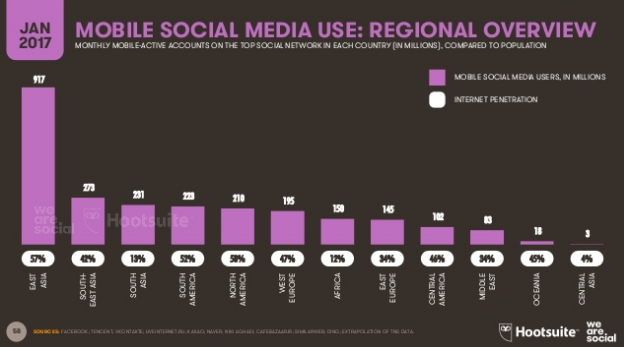 There's a heap more data in the full report, providing a great overview of the current online landscape, particularly in regards to regional usage behaviors and trends.

As noted by We Are Social's Simon Kemp:

"Half of the world's population is now online, which is a testament to the speed with which digital connectivity is helping to improve people's lives. Given this latest data, it's probably time for us to stop referring to social as 'new media', and integrate it more seamlessly into our day-to-day activities."

You can read the full We Are Social 'Digital in 2017 Global Overview' report here. Further reports in this series, including country-level research for more than 230 nations, will be released in coming days.