As Pinterest continues to evolve their platform into a more viable and influential solution for eCommerce, they're continually adding to their ad options in order to boost brand and marketing appeal. And with more than 150 million people now visiting the platform every month, and 75% of all saved Pins coming from business boards, there's clearly a lot of buyer intent and interest there for brands to tap into.

To help with this, Pinterest has announced three new ad products to consider, along with an expansion of Promoted Pins.

The first option is Promoted App Pins,"a new way to help Pinners discover and then download iOS apps directly from the Pin".

The new Pins appear with an "Install" action button below the image, enabling immediate action and response. 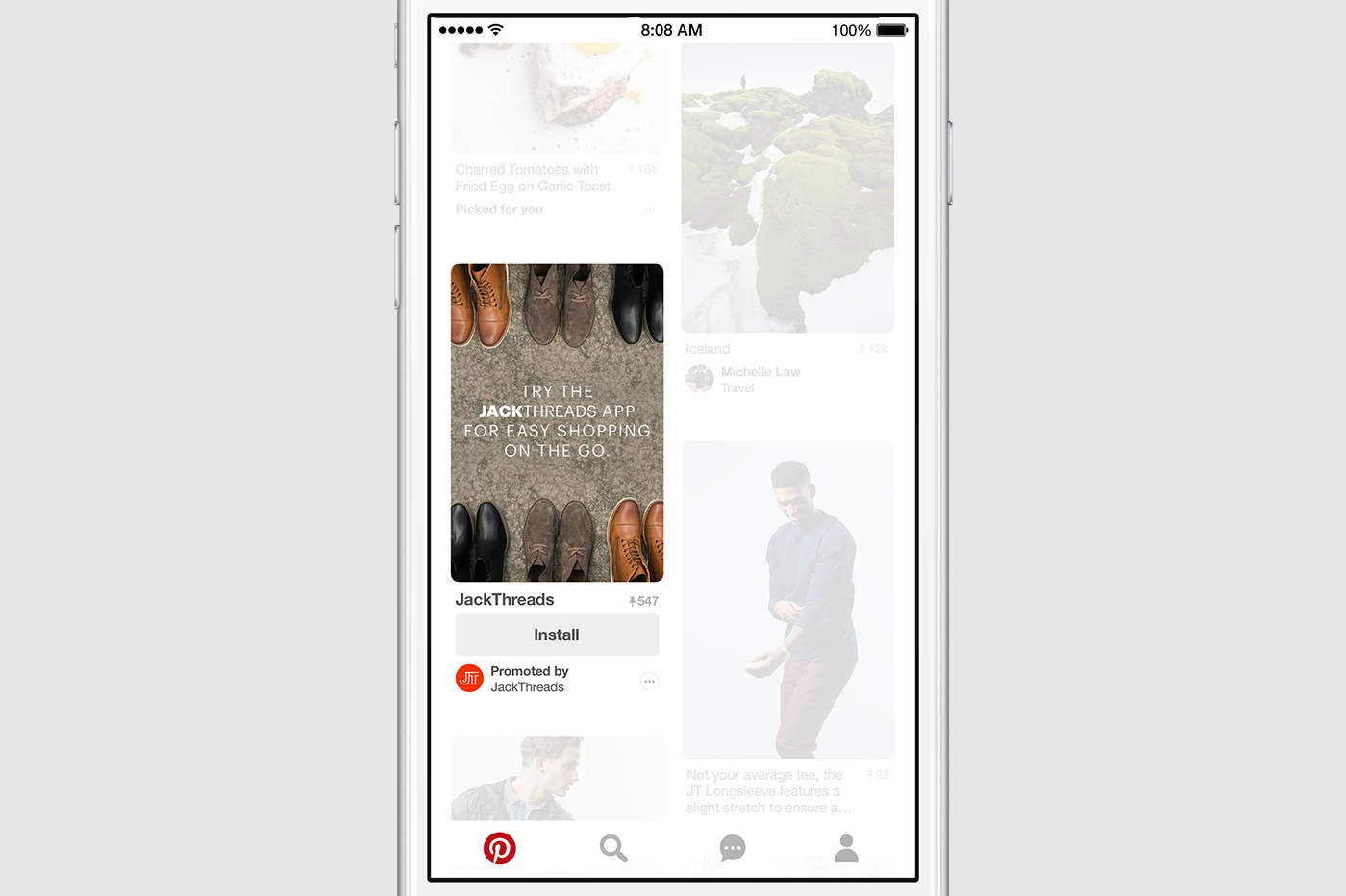 Pinterest says that brands like JackThreads and Covet Fashion are already seeing great results in early tests of new format - as people don't need to leave Pinterest to complete the transaction, the process is made simpler and more appealing to visitors.

The second new ad offering is 'One-Tap Promoted Pins'. Just as it sounds, in one-tap, users are taken from the Pin direct to the source where the content originated from.

Pinterest says they're still testing the new option, but a range of brands in the beta pool are already reporting good results.

"In fact, almost twice as many Pinners are finding items to buy through these new Pins."

One-tap Promoted Pins will be made available to more advertisers over time, with a focus on those that produce "helpful, high quality ads and relevant, actionable landing pages."

And the last new addition is Promoted Video.

Well actually, Promoted Video has been available on Pinterest since August, but Pinterest is now expanding availability of the option to the UK. Pinterest says they've seen a 60% increase in videos on the platform over the last year, which is in line with wider online video trends.

Promoted Videos on Pinterest can run for up to five minutes in length and as highlighted in the above clip, the video content moves as the user scrolls by, similar to how Cinematic Pins work. Once clicked, the video expands to a new, separate tab, with relevant products listed below the video content.

Up until now, Promoted Pins, including video, have only been available to US businesses, but Pinterest has also announced that brands in the UK can also now use them, with more regions to get access "very soon".

These add to the growing list of brand and marketing features on the platform - within the past 12 months, Pinterest has rolled out improved buyable pins (there are now more than 60 million buyable Pins on the site), advanced image search capabilities and remarketing and custom audience tools, while also upgrading their mobile app experience. There's a lot going on at Pinterest, and it's particularly interesting to see how they're advancing elements like image search independently, with Pinterest's own engineering team coming up with new ways to provide advanced functionalities.

It's still not given as much coverage as the other major platforms, Pinterest hasn't reached the audience numbers of those larger players. But it is becoming an increasingly important consideration, particularly for B2C marketers looking to reach browsing online shoppers.

If your not using Pinterest within your social marketing plan, it may be time to revisit and see what they have on offer.