Influencer marketing is on the rise, and the major platforms are taking notice and moving to facilitate better influencer systems. Facebook for example, recently announced some new tools to make it easier for brands to collaborate on influencer campaigns, while Instagram added similar, providing increased transparency and tracking capacity.

First up, on Snapchat - as reported by Digiday, Snapchat's expanding its 'Official Stories', which have long been reserved for big name celebrities, to platform influencers. 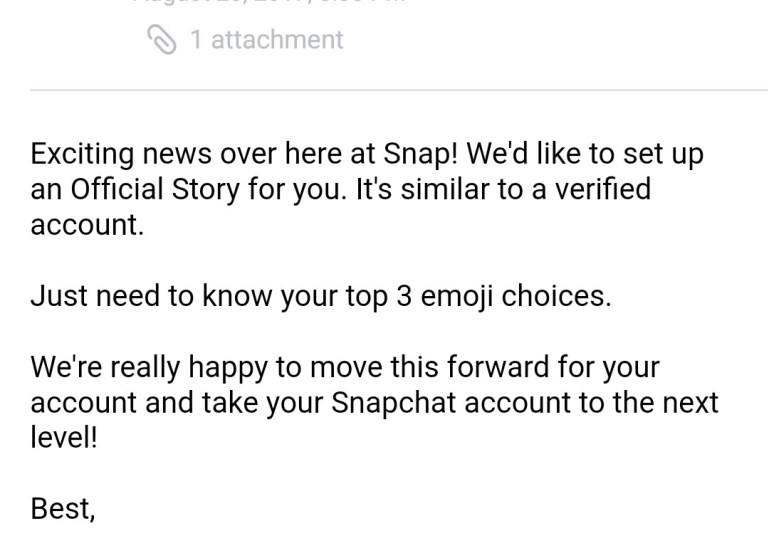 Snapchat has had something of a troubled history with platform influencers, preferring to have them use the app like everyday users in order to maintain the community element. That stance has reportedly lead many influencers to focus their attention elsewhere, like Instagram, though Snapchat has more recently made moves to make their platform more welcoming for high profile users, including the addition of links in Snaps.

To be clear, Snapchat's provided Official Stories to certain platform influencers for some time, but they do appear to be ramping up their efforts - which makes sense, given Snap Inc.'s latest performance report, which failed to deliver on market expectations.

For those that qualify for Official Stories, the benefits include an emoji symbol of the users' choice displayed on their profile, the ability to connect with the user's profile directly through Live Stories, a custom filter for special occasions and, most importantly, improved discoverability in search results.

Discoverability has long been a key issue on Snapchat, so anything that can better facilitate this is a bonus, and it's interesting to see that Snapchat's moving to expand this and better utilize the high-quality content that's being posted to their platform, moving a little further away from their 'Snapchat is for friends' ethos.

Will that degrade the Snapchat experience, or enhance it? It's hard to say, but clearly, based on the numbers, they need to do something.

At the same time, Amazon's looking to up its influencer marketing game by opening up its Amazon Influencer Program to YouTube stars. 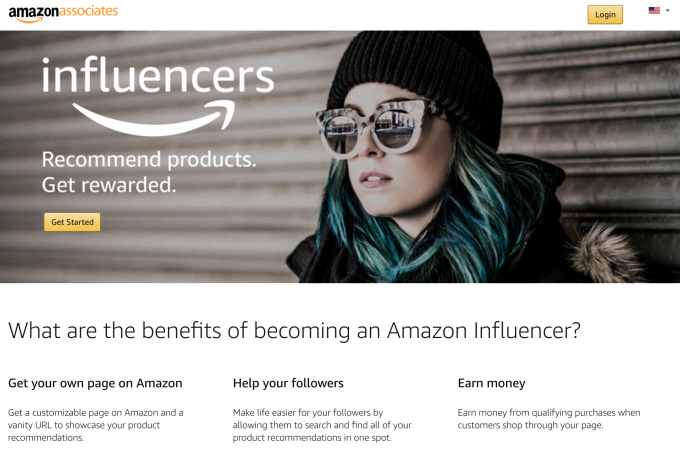 "Today's influencers regularly promote products they like in their online postings, including YouTube videos - often either as part of a brand relationship or as a means of generating income through affiliate sales. Amazon wants to now insert itself more directly into that action."

The expansion's in line with Amazon's wider efforts to branch into both social media and messaging, and could be further broadened in the near future to also add in influencers from other social platforms.

Amazon's moves into the social space are particularly interesting, given the company's established footprint in eCommerce, and ability to convert that into more concrete, direct revenue opportunities in such applications. Facebook, in particular, has clearly taken note - since Amazon announced their Spark social network last month, Facebook has made a range of smaller eCommerce-related updates in order to hasten their activity in the space, and ensure Amazon doesn't gain too much traction.

Among those updates, they've:

With Amazon now also moving to up their appeal to influencers, Facebook, and other platforms, may need to assess their models and move to sweeten their influencer deals in order to slow Amazon's growth in affiliate dealings.

As noted, influencer marketing is clearly on the rise, with more and more brands realizing the opportunities of utilizing those who already have reach to their target audiences, as opposed to trying to push their messaging through their own channels alone. Given the rising restrictions of the various feed algorithms, the shift makes perfect sense, and as more brands do so, the systems and tools to enable such promotion will become more refined, which opens up various opportunities for the platforms, and individual influencers, to capitalize.

And that also means brands will have more opportunity to tap into influencer reach - even if you're not using influencer marketing now, it's worth noting the shifts and evolution of the space, as it's likely to become increasingly relevant in future.