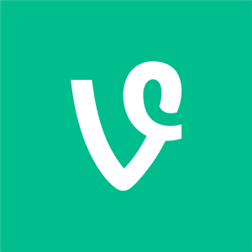 It's hard to know what to make of Vine. Since its launch back in 2013, the short form video app has become a breeding ground for viral sensations, with the 6-second content limitation forcing creators to come up with snappy, creative ways to tell a story, clips that work within the larger online trends of both video content and shorter attention spans.

And by most measures, Vine's been a success - the app reported last October that it was reaching 200 million people per month, up from 100 million six months earlier, and it's consistently held its place in the iTunes Top 100 apps in several countries.

According to a new report from re/code, Vine now ranks below No. 150 in the US iOS App Store, and below No. 300 on Android. And even more concerning, almost all of the top product and business leaders at the platform have left the company in the past four months, most of them since the appointment of Vine's new General Manager Hannah Donovon who came to the position from a background in online music apps.

As per re/code's report, the full list of departees from the Vine team includes:

That's a lot of history going out the door. And while Vine's numbers - 200 million users per month - do look quite impressive (for comparison, Pinterest and LinkedIn are only hitting around 100 million monthly active users), what that number represents isn't 100% clear. Vine says that 200 million people see Vine videos 'somewhere online' each month, which is not necessarily active users.

So what is happening at Vine? Is it still a platform worth investigating or, indeed, investing time into?

Right now, it's hard to say. The numbers, as noted above, seem to indicate that Vine's stalled, and Donovan hasn't been in the role long enough to know whether her influence will have a positive or negative impact - though that list of departures, some of which were influenced by the decision to appoint Donovan, definitely does add to her challenges.

Definitely there are indications that Vine has lost appeal - looking at Google Trends data, you can see that search volume for Vine has been on a steady decline, while, comparatively, Snapchat has rocketed on by (I've added Periscope too for additional comparative measure). 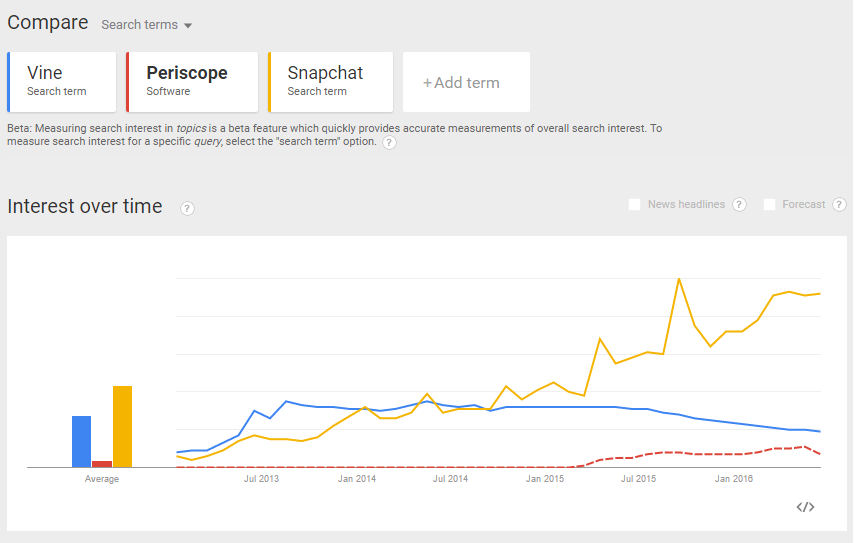 And while Google Trends data isn't always a perfect measurement tool, those results do mirror what many would suspect - Snapchat's the rising social star, while Vine is losing traction over time.

A big part of this, of course, is that Vine's creative community are moving on to greener pastures, newer platforms where they can get bigger audience reach with more significant monetization potential. This has been a major focus for Twitter, which has introduced a range of measures to try and keep those creators on side, even flying some of them around the world as part of their Twitter Amplify program.

Another of those measures will soon see pre-roll ads inserted into Vine with 70% of the revenue going back to creators. One of the main reasons why brands, in particular, haven't warmed to Vine as readily as they have other platforms has been the platform's lack of an advertising model - for Vine, it's always been about the creators and the community. But advertisers looking for a way to better utilize the platform have also been seeking a way to boost reach. This new announcement may go some way towards rectifying this.

But then, there's the other catch - the announcement of the new ad option comes alongside the addition of a 'Watch More' feature that will, in effect, enable creators to record Vines up to 140 seconds in length - or even up to 10 minutes for select partners. The change seems like an odd move - the key differentiating element of Vine is its brevity and limitation. Now, with such a huge addition to Vine length, that takes away the platform's unique approach, putting into battle with all the other video options out there - most of which are much more established, have bigger audience reach and provide much better monetization potential. 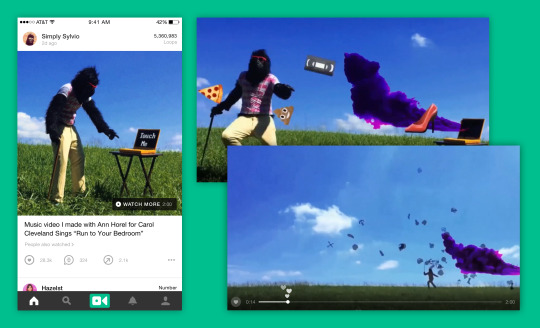 For their part, Vine says their videos will essentially stay the same, with 6-seconds being the default display length and a 'Watch More' option at the bottom of the screen (you can see it in the above screenshots). But on Vine, you can already see that users are taking the opportunity to create bait content, videos that clearly are not contained within that 6-second framework, urging users to click "more" and watch the rest.

It seems like a confusing move - even Vine themselves, in their announcement of the change, seemed a little conflicted.

"Creators! You tell us you love the six seconds, that short form is the ethos of Vine. (Our hearts agree!) You say the constraint breeds creativity and helps you develop sharper editing and timing - or, in your words, teaches you to pour an ocean into a cup. Many of you also say that you've mastered six seconds and want a broader canvas. You want to stretch creatively as artists and creators."

I highly doubt anyone has told Vine they've "mastered six seconds and want a broader canvas" because there's a heap of options on that front already available, they wouldn't necessarily need such from Vine.

In some respects, the issues at Vine reflect the issues at Twitter more widely - increasingly, the platform seems to be running out of options to spark user growth, and their announcements and updates appear focused on addressing very specific problems whilst causing new ones within other elements of their communities.

And just as Twitter tries to work its way out with additions that simplify the process or help uncover more meaningful content, Vine, too, may be stuck in a similar loop, looking for answers and providing solutions that actually work against them and their unique value proposition in the longer term. That's not to say there's an easy answer - there's not - and they have plenty of talented and knowledgeable people working at Twitter who no doubt know a lot more about such issues than any outside commentator could understand.

But the latest reports from Vine don't look good. Hopefully Donovan will able to right the ship and get the short form content machine back on track.