If you're wondering why there's so much hype and noise about Snapchat in digital marketing circles, here's the latest stat to submit to evidence.

According to Bloomberg, Snapchat has now passed 150 million daily active users, up from the 110 million figure the app was reporting to potential investors back in December.

Now that Twitter figure is somewhat speculative - Twitter doesn't actually disclose daily active user counts, but Bloomberg notes that Twitter's previously stated that around 44% of their 310 million monthly active users are active on the platform every day, which equates to that 136 million estimate.

Going on those numbers, Snapchat could now, justifiably, be considered one of the top 3 social networks in the world, dependent on the scale you use. Some platforms prefer to focus on Monthly Active Users (MAU), others, like Snapchat, on Daily Actives (DAU), which makes it difficult to provide a direct comparison.

For example, here's where the major platforms currently stand.

While it's impossible to make any definitive connection between DAU and MAU counts, if you were to take Facebook as a likely example of a highly engaged user base, around 66% of their monthly active user count are active on the platform daily. Stemming from that, and taking into account Twitter's aforementioned 44% daily engagement rate in comparison to their MAU stats, you could hypothetically estimate that the average DAU count is around 50% of the monthly figure.

That's far from a perfect comparison, but it does provide some measure within the realm of logic, and underlines why the latest Snapchat figure is such a big deal.

The app's rapid growth rate and impressive behavioral stats (10 billion+ video views on-platform every day, 25-30 min average daily session time per user, 60% of users also creating new content) has marketers scrambling to understand how they can utilize the platform to reach its huge, Millennial-dominated audience. It's numbers like this that have lead to Snapchat being valued at a massive $20 billion as of their last funding round. And while the market cools on Twitter, it's Snapchat that's emerging as the next most-likely platform to take over as one of the 'Big 4' social networks (which generally includes YouTube also). Based on these latest figures, it may have already done just that.

One of the most interesting aspects of Snapchat's rise, in parallel to Twitter's struggles, is the focus Twitter's put on simplifying and refining their platform to broaden its appeal. Twitter, for newcomers, can be difficult to understand, so Twitter's been working to add in new features like 'Moments' which aim to make tweets more accessible and give people more ways to experience what the platform has to offer - which, hopefully, then leads to them becoming regular users. 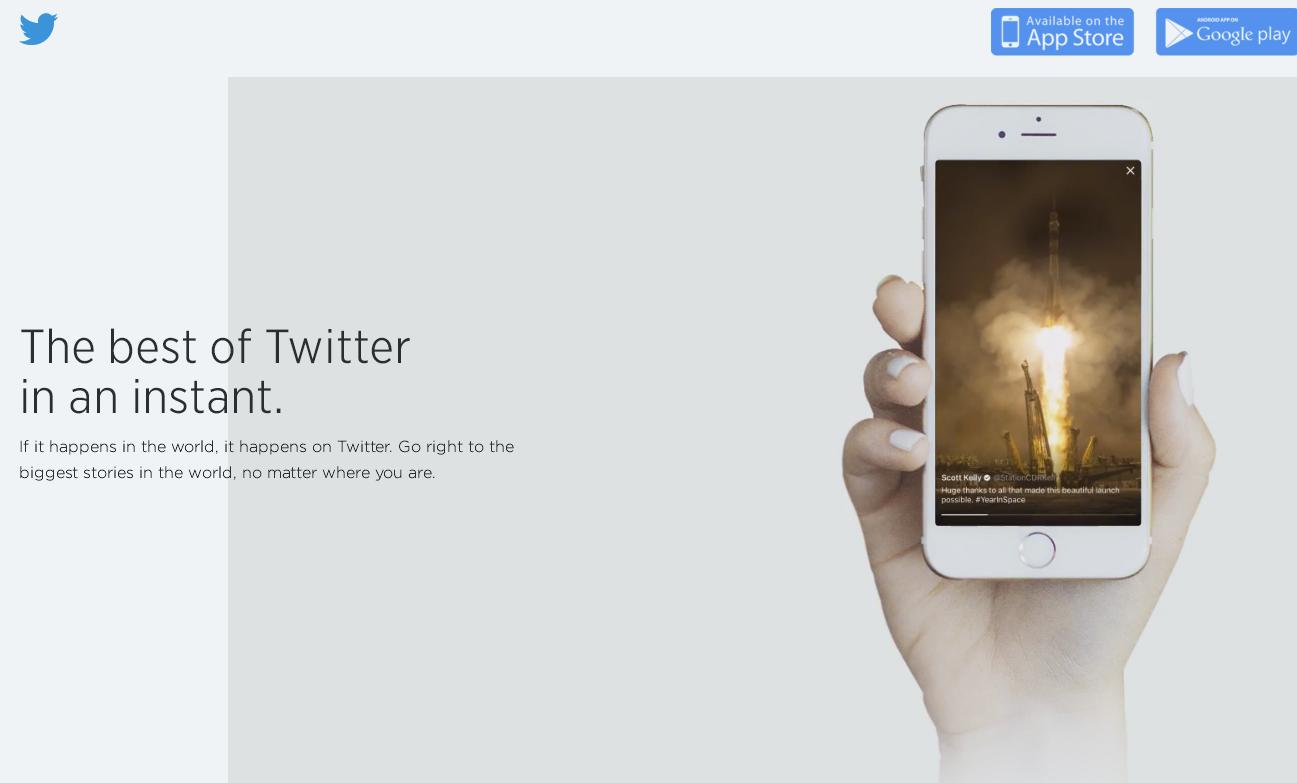 But in contrast, Snapchat's almost done the opposite. Snapchat's UI is harder to understand - there are no news feeds or timelines or search. Finding other profiles to connect with on the app is pretty much impossible without some prior knowledge of the system.

And yet, users love it.

It may not be the answer, but maybe Snapchat's ongoing growth highlights that Twitter's focus is off right in this regard, that it's not the functionality that's keeping people away. If people want to learn the system, they will, and it's that 'want' factor that's the real driving force. People will want to learn if their friends are active on the app, if the functionality's great, if there are things they want to do on it to connect with friends, topics, tools.

If there's a strong reason that drives people to want to use a social app, the learning curve becomes almost irrelevant - in fact, in Snapchat's case, it's actually something that works in their favor, in that the difficulty of using it keeps those who won't give it adequate time away, maintaining the app's exclusivity, which has obviously been a big driving force with users migrating across from Facebook.

Of course, there's much more to play out with Snapchat, it's hard to know, at this stage, whether they'll be able to convert all that attention into real dollars, the way Facebook has. But these latest numbers show that they remain on the right track.

And while, like any social network, it's not for everyone - not every brand is going to see benefit from being active on Snapchat - as their userbase grows, so too do the opportunities. If Snapchat can evolve and meet the demands of the changing behaviors of their audience as those younger users grow up, taking it from 'cool app' to genuine utility (and worth noting on this, Snapchat's looking to revamp their 'Discover' publisher platform very soon), then it will become a platform you need to build a presence on.

It's definitely worth consideration in your wider social marketing plans.