Back in June, Twitter introduced their new 'Stickers' tool, which enables users to attach customizable, emoji-like pictures to their photos.

"...brands can create and promote custom stickers for anyone on Twitter to use. A brand's stickers will be featured in the #Stickers library and offer a form of creative expression that makes a person's photos more fun and engaging."

Introducing Promoted #Stickers A fun way to express your brand and engage with consumers! https://t.co/wIIDHAC0KK pic.twitter.com/usc4HRwrPU

As shown in the sequence above, Pepsi will be the launch partner for Promoted Stickers, sharing "some 50 custom stickers across 10 markets as part of their "PepsiMoji" campaign".

"Brands can design four or eight stickers - like accessories and other props - for users to add to their own photos. Photos with a brand's stickers are shared with all of a user's followers, allowing brands to be featured by their fans in a truly authentic way. #Stickers act as a visual hashtag, meaning that photos with your brand's sticker will be connected and discoverable to anyone who taps your brand's sticker. This allows a brand to see and engage with the people who are using their stickers in creative ways."

The search element of the new option is particularly interesting - when Stickers were first announced, the hashtag-style search by sticker function seemed like an interesting add-on, but in a brand context it makes much more sense.

Now, like branded hashtags, marketers will be able to search for mentions by sticker, which is a great way to keep track of where and how the tools are being used. 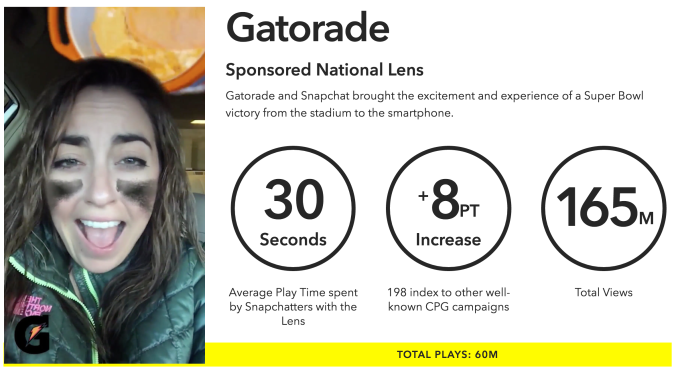 But the tricky part, of course, lies in that first element - such campaigns need to be fun and engaging, people need to want to use your branded content tools. And while it's easy to see why Snapchat's lenses have been popular (who wouldn't want to see what they'd look like as a taco?), Twitter stickers seem less compelling - an interestingly, Twitter's provided no stats on the current use of Stickers in their announcement, aside from this note:

"Since [stickers were launched], millions of photos have been Tweeted using #Stickers in creative and dynamic ways across sports, news, and entertainment."

But then again, stickers have stemmed from emoji, and emoji use on Twitter has been huge - more than 110 billion emoji have been tweeted since 2014, a usage rate the prompted the switch from 'star' to 'heart' as the favorite icon.

And really, with the capacity to track sticker use, it won't be long before we have stats on this front - doing a quick search of my own, most of the new Pepsi stickers don't seem to be in high rotation as yet, though this one looks particularly popular (and note the brand mention in the search screen, right beneath the image itself). 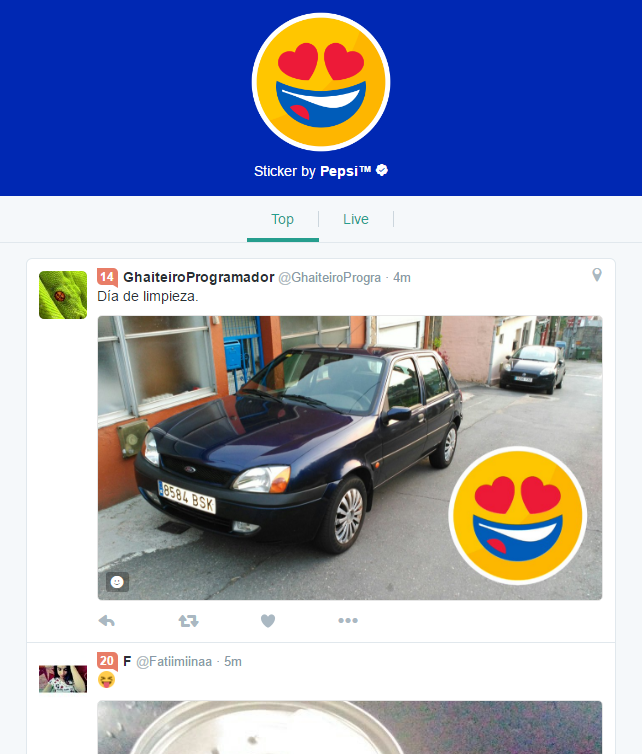 It is kinda' interesting to be able to search by sticker, and I suspect it won't take long for Twitter to add sticker-tracking capacity into Tweetdeck to help brands keep tabs on them. No doubt too, given you can already use emoji as an ad targeting option on the platform, Twitter will also enable brands to hone in on people who use their stickers to reach them with ads.

Promoted Stickers are now available globally to select marketers with a managed account - no mention of how much campaigns cost at this stage.