Last year, as part of their ongoing effort to deflect market criticism over slowing growth figures, Twitter came up with a calculation on something that, technically, seems unquantifiable. As part of an analyst briefing, then Twitter CEO Dick Costolo noted that in addition to Twitter's active user base - which is currently sitting on around 320 million monthly active users - the platform's also reaching more than 500 million people each month who are exposed to Twitter content but don't ever actually log-in to the site. 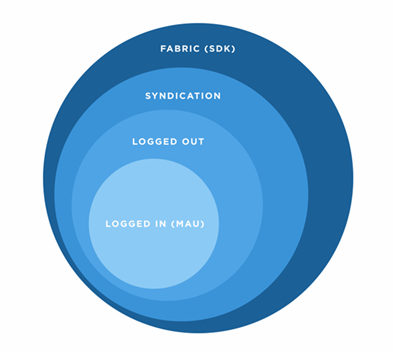 That's a big boost in active user figures. Twitter estimated at the time that more than 125 million people visit their home page each month but don't log-in, while tweets also generate over 185 billion impressions each quarter through syndication - tweets which are broadcast or embedded on other platforms. And while those estimates may seem somewhat speculative, they do make some sense.

Much of Facebook's information is locked away and only available to those who are logged in, which makes it easier for Facebook to track actual impressions. LinkedIn's data is much the same, but Twitter, on the other hand, is all public. The vast majority of tweet content is available for all to see, which is a core element of Twitter's 'global town square' approach. But that openness and accessibility also, inevitably, makes it more difficult to track definitive numbers on reach and response. Could that equate to an additional audience of almost double their traceable user base? It's hard to say, but there is definitely a wider audience there. When Twitter originally this announcement on the number of 'logged out' users, shares rose 7.5%, showing that Wall Street saw the wider potential, though that potential, of course, is reliant on Twitter actually being able to monetize this expanded audience in a meaningful way. And now, more than a year after the release of those initial figures, Twitter has detailed it's plans to do just that.

Via a new post on the official Twitter blog, the micro-blog giant has detailed how, exactly, it's going to make money off of those pesky, non-logged in users - by targeting them with promoted content. But how can you provide targeted ads to viewers who you have little to no data on? In Twitter's case, by using the few reference points they do have available. 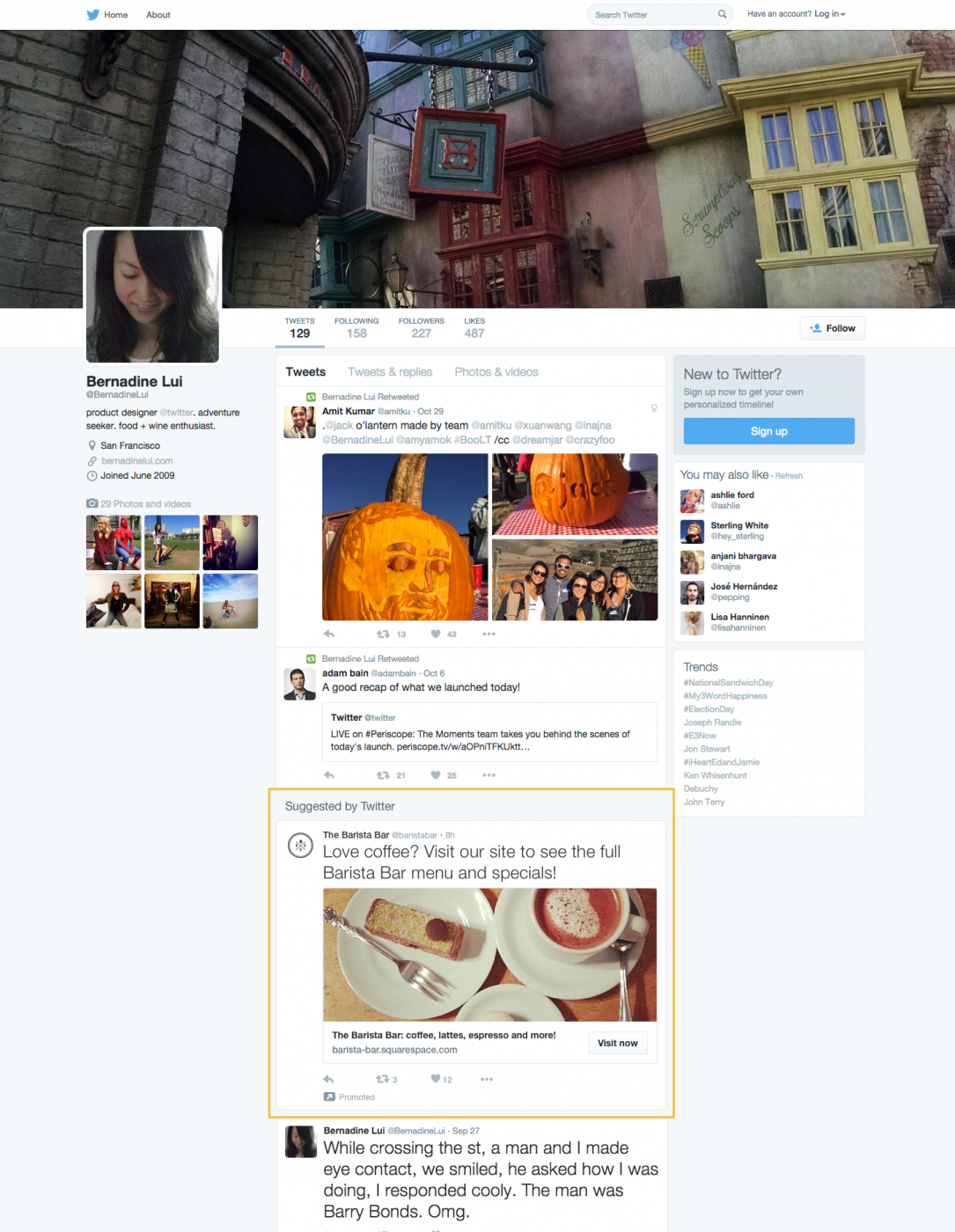 While it's not as refined - and therefore, likely not as effective - as regular ad targeting, it does give Twitter another way to monetize their offering and reach more users, the key point concern for the platform and their longer term growth potential. Twitter COO Adam Bain has said the expectation is that the new ads will convert at about half the rate of usual Twitter ads.

The announcement is a big deal for Twitter. While revenue has continued to grow, the platform's user numbers have all but stalled, particularly in their biggest revenue-generating market, the US. Twitter's been working to stimulate that growth by highlighting the platform's value and getting more users to come aboard, with their new product 'Moments' being the flagship tool for this push. Through 'Moments', Twitter's hoping to show people why they need to be part of the conversation, why Twitter is the platform to be to experience real-time breaking news and events - the company even ran its first ever TV ad campaign to promote the new offering. Growth potential is a big concern - if there's any way they can monetize those non logged in users, and turn that theoretical 500 million+ audience into real money, that would be of major benefit and could provide a big boost for the platform's future growth prospects.

Already the initiative seems to be having some effect, at least in terms of perception - shares were up 7% on the back of the announcement.

The new audience targeting options will be made available for ad campaigns "driving website clicks or conversions, or video views" and will appear, initially, on desktop only. The tools will be rolled out gradually to selected advertisers in the US, UK, Japan, and Australia.