Back in January, Twitter released a new major events calendar for the coming month to help marketers tap into relevant conversation spikes and boost brand awareness.

It was a good initiative from Twitter - not only does the chart show the major event dates, but it also includes relative Twitter conversation volume, based on 2016 data.

The calendar was obviously well-received, as Twitter has now released a new version for March, highlighting all the key events and likely conversation peaks for the coming 31 days. 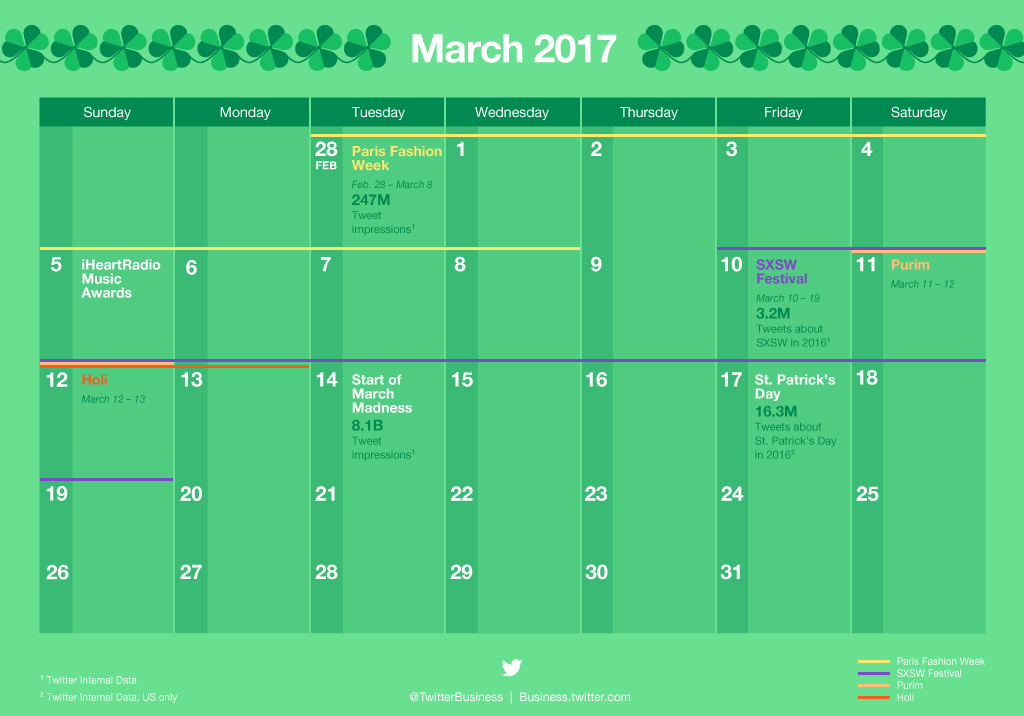 As you can see, there are some big events in the month, none bigger than March Madness - Twitter says that 86% of college sport fans plan to follow the March Madness conversation.

Twitter also advises that brands should be focused on creating content that'll add value to your audience, and "highlight your brand's personality in a more genuine way".

"Rather than Tweeting a generic #HappyStPatricksDay or jumping in on every event hashtag, focus on Tweeting content that will resonate with your target audience."

Utilizing a content calendar can be a great way to keep your social media presence on track and ensure you're tapping into all the relevant seasonal celebrations and events. Hopefully Twitter will continue to produce monthly conversation trend charts like this to highlight relevant events and discussion.