Twitter's adding a new ad option that will enable brands to promote automated bots on the platform, connecting users to direct message interactions and bot engagement.

One of the first to try the new option is Patron Tequila, which is using it to promote their 'Bot-Tender' campaign.

As you can see, in the initial tweet (which Patron has also promoted), you're given a set of options to select from. Tap on one and you're taken direct to a DM conversation with the bot, where you can select further refinements and options to choose your ideal drink.

"Using a Direct Message Card, businesses can capture people's attention with engaging image or video creatives, and include up to four fully customizable call-to-action buttons. Each call-to-action button takes the user into a specific experience within Direct Messages. With Direct Message Cards running in Promoted Tweet campaigns, businesses can take advantage of Twitter Ads' full targeting suite to find a relevant audience to pull into personalized conversations at scale. Businesses can also turn their audience into advocates by encouraging them to share the experience in their own voice through a Tweet."

TechCrunch notes that the focus of the new option seems to be more fun than functional, though you could feasibly utilize the same tools to build more product-related experiences.

For example, if you ran an ad for a new product, you could include customizable options in the listing, then show users what it would look like, based on their specifications. It's a little restrictive, in that you're using multiple choice responses (as opposed to getting users to enter in their own questions), but there's likely a range of ways in which the tool can be used to create more functional, transactional experiences.

It also marks Twitter's latest attempt to keep in touch with the automation trend - previously, the platform has announced related features like automated welcome messages and quick replies, but they've not yet gone all-in on bots via DM.

Facebook, meanwhile, seems very convinced that Messenger bots are the future - go check out the Messenger blog and the first thing you're greeted with is, essentially, a full-screen promotion on the benefits of bots. 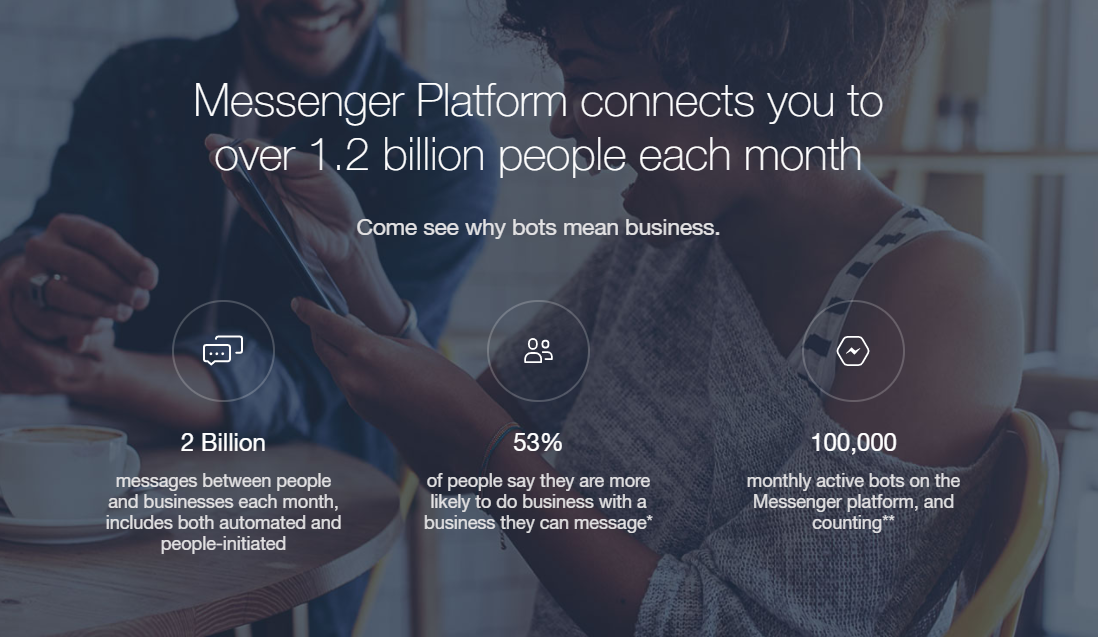 Bots have proven hugely successful in China, and Facebook sees the same potential in other markets - but as you can see from the image, there are already 100,000 active Messenger bots, yet I'd be willing to bet most people couldn't name two.

Facebook's employing their own tactics to help promote bots, giving users the ability to bring them into group chats, for example, which can increase exposure and awareness, but as yet, there's still not a definitive case for bots in the social media marketplace, a proven demand that makes them an essential option.

But there is value to them, and that's where the platforms need to focus. Really, the wider adoption of bots probably comes down to just a few transcendent bot tools. Similar to how Snapchat gained wider awareness through Lenses, once there's a few truly useful and 'must try' bots, recognition will quickly grow, and it could go from 'you've gotta' see this' to 'I use bots for all my customer service interactions' faster than you might think.

But it's not there yet, and as such, there's justifiable skepticism. Will bots ever become an essential tool? Twitter's hedging their bets - not going all in, but making sure they stay in touch. LinkedIn's doing the same (though they have the backing of Microsoft, which has its own bot strategy).

While Messenger has way more users, and a lot larger market share, Twitter is still where the majority of customer service interactions are conducted on social, a mantle they don't want to lose.

Maybe, if there's interest in these new tools, Twitter will invest more time and effort into bots - but a key benefit of Twitter customer service is that it's out in the open, brands are essentially shamed into action, with consumers using the public exposure of tweets as leverage. In this sense, I don't see bots truly taking off on Twitter.