5 Reasons Why Instagram is Beating Snapchat at its Own Game 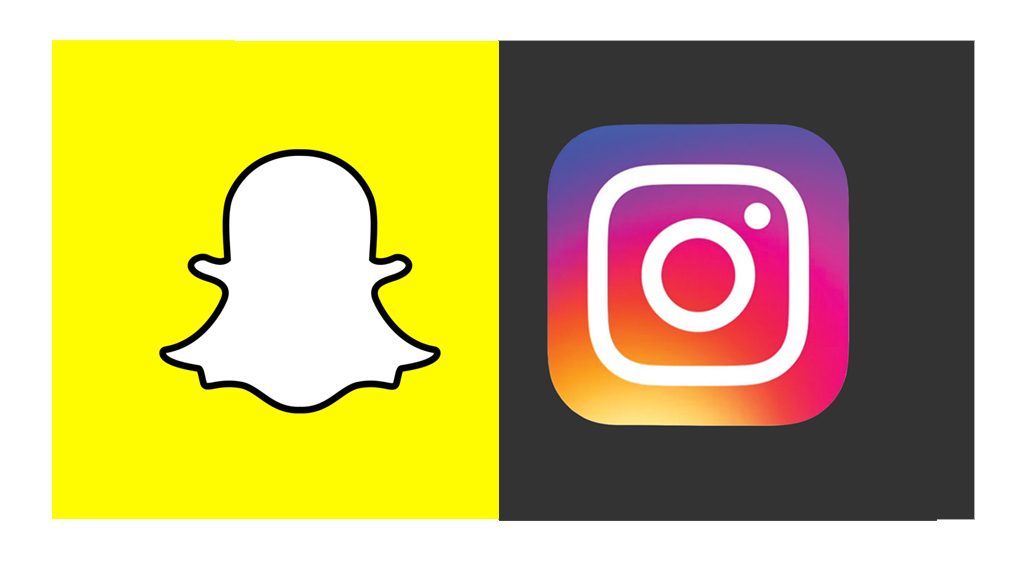 Research also shows that Snapchat's been seeing a significant decline in viewership - as per TechCrunch,

"Snapchat opens have decreased by at least 15% for some social media stars. The creative studio Delmondo reports that from August to November 2016, the average unique viewers per Snapchat Story has decreased about 40%."

While Snapchat appears to be feeling the pressure, Instagram Stories is flourishing. TechCrunch also reports that the marketing platform TheAmplify is seeing 28% higher open rates on Instagram Stories compared with Snapchat, while influencers are seeing an average of 6-10% of their followers open their Instagram Stories on a daily basis, which is an incredibly high engagement rate.

Influencer agency MediaKix recently tracked the activity of some of Snapchat's top influencers (who have close to 100m followers) for 30 days to see how often they posted on Instagram Stories. Those influencers actually posted 25% more to Instagram Stories than they did Snapchat.

That trend is particularly important, because without that influencer content, users will have less reason to head to Snapchat and stay active within the app.

So why are influencers leaving Snapchat? Here's a couple of key factors to consider.

1. It's hard to find people on Snapchat

Influencers want to grow their audience, and how can they grow if they can't be found?

Snapchat's limited search functionality makes it much harder to find and follow someone than it is on Instagram, whose improved discovery tools are much easier to use. Snapchat's Discover page is a great place to find the biggest things going on in news and entertainment, but there is almost no chance for an influencer to be discovered organically.

Instagram does a good job at suggesting users, based on likes and followers. The 'Explore' page gives users the opportunities to find accounts of influencers and regular people, instead of just big brands and publishers.

2. You can't share links or tag people on Snapchat

I've heard this pain point over and over again from influencers - the ability to link to their YouTube channel, website, or store is a must in helping them boost their following. B

"The one thing that I can definitely say I enjoy about Instagram Stories is that I can directly tag people and link to websites."

Snapchat does have linking capabilities for advertisers, but not for influencers and regular folks. Even though Instagram allows only one link in your bio, it's still a huge advantage.

Most people have built a bigger audience on Instagram - so why try to move them over to Snapchat if Instagram Stories does basically the same thing?

There's also a larger potential reach on Instagram. There are now more than 700 million monthly active Instagram users, and Instagram's growth shows no signs of slowing down - in fact, Instagram's growth is accelerating as they add in new tools like Stories.

Bigger iss not always better, and engagement is still an important - if not the most important - consideration. But if you can reach more people, that's still a significant draw, particularly for influencers trying to grow their audience.

On Snapchat, pretty much all of your content needs to have been captured in Snapchat itself. You can upload images and videos from your Camera Roll via their Memories option, but material captured outside of Snapchat shows up with a thick border around it, singling it out.

How many Snaps have you seen that look great? Not many. Usually they're shaky because someone's walking while shooting the video, they're poorly lit, etc.

"I love Instagram Stories because you can post content that you have saved on your phone, so you can do more curated content. That's been really useful in the launch of my lipsticks because we could do videos and pictures that looked really beautiful and didn't have to be shot on an iPhone."

On Snapchat, there's no way to rank influencers. We all know how many followers Kylie or Selena have on Instagram, but on Snapchat it's a mystery.

Snapchat provides the bare minimum on this front: Unique views, how many stories viewed, and number of screenshots. Influencers and advertisers need much more.

Overall, Snapchat fills a niche, and the app may well continue to grow, but unless they choose to play nice with influencers and advertisers, they'll continue to be a "friend" platform.

Remember Vine? They didn't play nice with influencers either and look what happened to them. Snapchat still has a way to go before it cements its future.

This article originally appeared in Forbes on May 1, 2017