Snapchat has made a change which will mean that Snaps uploaded from your Memories section will now no longer appear with a white border, denoting that they're not current. 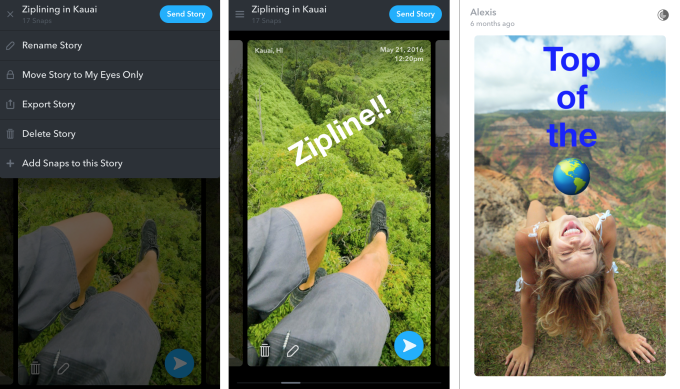 You can see the border in the last image above - up till now, when you've uploaded an older Snap from your Memories folder, the white border has helped signify that it's not new, so your audience can discern which content is fresh and which is re-hashed.

Under the new system, Memories images will appear the same as any other content - though they will have a note in the top left signifying when the image was taken. 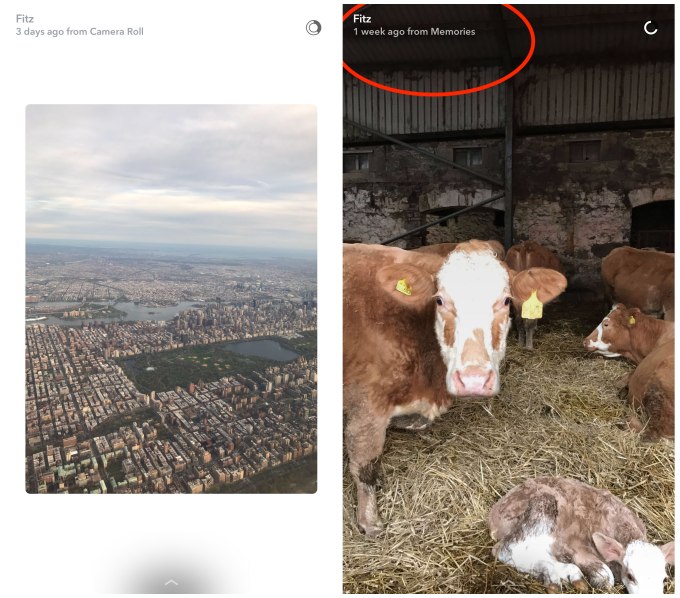 The new system will also only apply to Snaps you've taken within Snapchat - if you upload a photo from your camera roll, it will still appear with the white border, which may motivate Snapchat users to use their in-app camera more often.

The news hasn't been great for Snapchat in recent weeks. Earlier this month, Instagram announced that their Snapchat Stories clone - also called 'Stories' - has now reached 200 million daily users, eclipsing Snapchat's own 161 million daily actives, as per their recent S-1 filing. On top that, Facebook, at their annual F8 conference, unveiled their new Camera Effects Platform, which could help them keep up with Snapchat's creative innovation and deliver more impressive augmented reality tools for people to utilize in their content.

So what's Snap to do? Facing an all-out assault from Facebook, on almost all fronts (Facebook hasn't released its own video recording sunglasses yet, so there's that), Snapchat's being forced to adapt, which they've been doing more recently with the addition of new discovery options (something that network has long eschewed) and moves to open up their system to more developers and advertisers, expanding opportunities.

An example of Snapchat's new discovery tools, via Vin Orleck

What sort of impact they'll have it's impossible to say, though we'll have a better idea of Snap Inc.'s position when the company announces its first earning results early next month. From there we'll have a clearer understanding of the impacts Facebook's efforts are having, and what Snap will need to do to maximize their opportunities.