Instagram Stories: How it Works and What's Coming Next

What a change a week can make. Since the launch of Instagram stories, the narrative seems to have gone from amazement (that Facebook could so brazenly copy a key Snapchat feature) to dismissal (another Snapchat clone that won't work) to triumph for the photo-sharing app. A growing number of Snapchat advocates now seem to be praising the new Instagram alternative - even the unofficial Snapchat ambassador DJ Khaled, he of the major keys, is now using Instagram Stories instead.

And while the features of the both Snapchat and Instagram stories are virtually the same, Instagram seems to be gaining traction because of its ease of use and clearer interface, along with it being built on an already hugely popular platform - Instagram, it's worth noting, already has double the daily active users of Snapchat.

Of course, it remains to be seen what sort of impact Instagram stories will have on Snapchat's momentum, but the early response seems to be positive. And when you also consider the amount of cross-over audience between Instagram and Snapchat - around 55% of Instagram's active audience is aged between 18 and 25, which is also Snapchat's core market - there's likely a lot of users now questioning whether they need to post content on both platforms anymore.

The next step will be how Snapchat responds, and how Instagram works to boost the offering to better match, and even overtake, Snapchat's functionality. And on that front, the next steps will be crucial - here's a few notes on how Instagram Stories works, and what might be coming next for the latest option on the social scene.

A significant element in the success of Instagram Stories will be how the app chooses which Stories to show each user.

On Snapchat, the stories you see in your feed are shown in reverse-chronological order, with the most recently updated Story appearing at the top of the list. Instagram could do this too, but there's only a limited amount of room allocated to highlight Stories content, which could mean that the five stories you see on your home feed aren't necessarily the most enticing examples of the content you're likely to be interested in 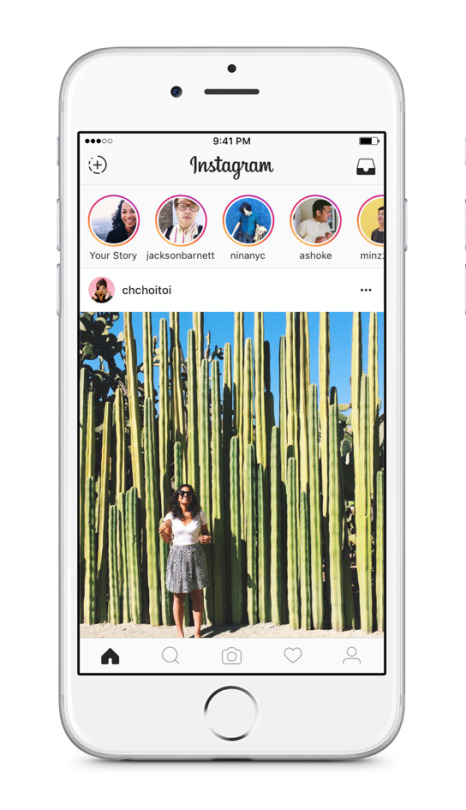 The average Instagram user follows around 265 accounts and those follows haven't been chosen based on Stories content, so some of them you won't want to see Stories content from.

What's more, Instagram already uses an algorithm based on your personal interests and behaviors to highlight the most relevant content, so it makes perfect sense that they would use the same system to rank stories and optimize engagement.

And in practice, they've actually gone even one step better than that.

According to Marketing Land, Instagram's algorithm will decide the order in which Stories are shown to each user by referencing whose content people engage with on both Instagram and Facebook.

"Based on those signals and others that weren't disclosed, the algorithm will prioritize Stories from the people it thinks someone would be most likely to check out"

That means those front page Stories you see are hyper-targeted - it's not only the people and profiles that you engage with on Instagram that are taken into account, but your Facebook engagements too.

This makes sense - Stories content is much different, much more personal than your regular Instagram posts. As such, you're much more likely to want to see Stories from your Facebook friends - if the Stories highlighted are those from the friends and family you engage with most on Facebook, that'll likely make it a much more personal and engaging option.

The algorithm approach also means Stories won't get flooded with commercial content once the marketers start looking to take over. Again, as noted by Tim Peterson for Marketing Land:

"With a reverse-chronological feed, there wouldn't be much reason for brands to pay for placement, at least not to get in front of the people who already follow a brand on Instagram. Instead, they could just time their Story updates - or update incessantly - to move to the front five of the Stories feed. An algorithmic feed eliminates that option. Either a brand has to earn its way to the front or pay for the privilege."

Of course, now that Instagram has everyone looking at Stories, the next question - aside from how will Snapchat respond - is how will Instagram maintain that attention.

While the option on both platforms is very similar, Instagram Stories is still lacking a few key elements that Snapchat users love in both Geofilters and Lenses. To give you some perspective on this, lenses are reportedly used in more than 10 milion Snaps every day, while Snaps overlaid with Geofilters, according to Snapchat, reach up to "60% of daily Snapchatters" and are viewed "hundreds of millions of times" every 24 hours.

Because of this, Instagram will likely move quickly to counter that point of difference and negate any influence that might have on take-up.

And really, it won't take much effort to do so - Facebook's already announced a trial of image-altering MSQRD lenses within Facebook itself, extending the app beyond Facebook Live. 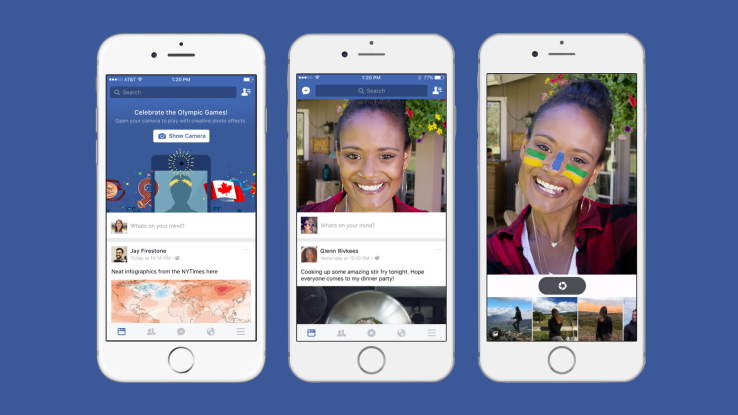 It's pretty safe to assume that MSQRD filters will quickly be integrated into Instagram Stories - likely in a week or so when the initial hype just starts to plateau.

Following on from that, Instagram may also be looking to one-up Snapchat - according to TechCrunch, Facebook recently acquired "musical selfie" app EyeGroove which enables (or enabled, as it's now being shut down) users to create high-quality music videos with a range of special effects. 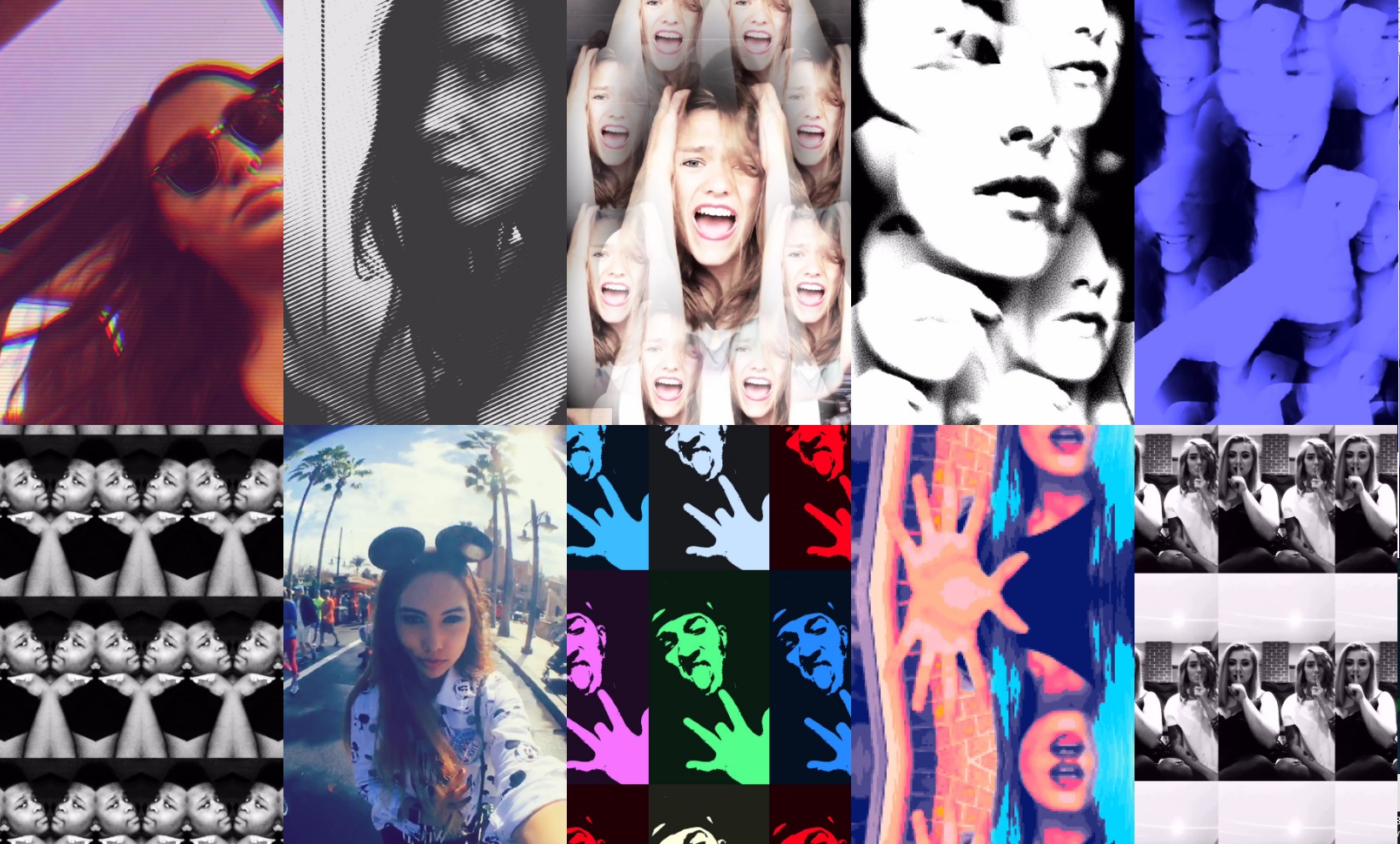 "Facebook did not buy the company, the tech or IP. It's more about bringing in talent who can help with the development of more creative tools on the site, but not necessarily those that would be a direct answer to Musical.ly."

Image-altering tools like this could definitely add something new and different to both Facebook Live and Instagram Stories - while such additions wouldn't be revolutionary, they would provide something different, another reason for users to come over and check out what's happening on Stories. And with MSQRD masks also added in, the functional reasons for using Snapchat would also become less and less.

This is also where we can expect Snapchat to bite back - Snapchat's working on a range of new tools and features, and has consistently been able to innovate ahead of the game. The arrival of Stories may just hasten the delivery of new Snapchat tools - which is good for us, as users, as we'll likely get access to a whole range of new toys as the battle for Millennial dominance between the two apps rages on.

It's too early to say what the impact of Instagram Stories will be and whether it might reduce the massive $20 billion valuation placed on Snapchat back in May - we won't have any answers on this till we see the actual user data, the migrations and shifts which may or may not occur as a result of Instagram's new offering.

But the arrival of Stories is significant, it's a major move by Facebook, and a brazen one at that. Will it pay off? Will it scare newer players from entering the social media market? Will Snapchat survive?

We anxiously await the next installment.