After recently adding in the ability to search and add animated GIFs to your tweets in-stream, Twitter's reportedly considering another image sharing option to help boost user engagement. Re/Code has got wind of a new Twitter photo addition called 'Stickers', which would enable tweeters to add emoji-like additions to photos, customizing them into cartoonish, fun creations. 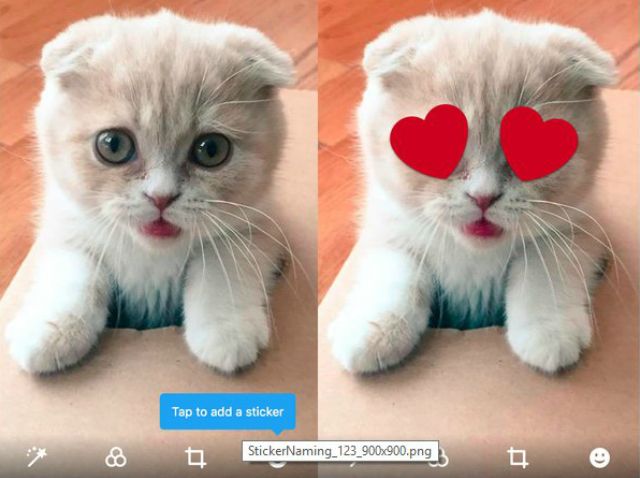 The feature's similar to what's already available to celebrity users via the Twitter Camera app - in an effort to boost the platform's appeal to high-profile users, Twitter's provided celebrities with access to several new features not currently available to the wider public, the output of which can regularly be seen in their tweets from major events.

As you can see in the example image above, Twitter's 'Stickers' would be available within the photo composition screen, enabling users to quickly and easily attach these adornments on the go. What sticker options, exactly, would be provided when you click on that little smiley face are not known.

In fact, a lot of it's unknown - for their story, Re/Code's source is a Twitter user going by the name of @XBLFoxes who was included in the test group for Stickers. The user included the above screenshot, as well as listing of info from Twitter about Stickers, which also outlines an interesting perspective on what the platform might be looking to use Stickers for.

"Twitter is considering adding a new feature named Stickers that allows you to personalize your photos and connect with users around the world.

Now, when you post a photo on Twitter, a new feature will allow you to edit the photo so you can add images to it. In addition, by tapping on the image, you can see how other users from around the world have edited the same photo. Twitter will suggest photos that you can edit and post to participate in trending conversations and breaking news."

So rather than just a straight, image editing function, Twitter's considering making Stickers into a tool to spark virality by prompting users to add their own, creative additions to trending images. A similar tool was recently added to Vine (which Twitter also owns), giving users the ability to more easily create their own re-mix of other Vine content and tap into trending memes.

Twitter appears to be looking to inspire similar capacity through Stickers - though how Twitter will suggest which photos to use to 'participate in trending conversations' is unclear.

It may be that nothing comes of Stickers - Twitter might put the tool through testing and find it doesn't work or it isn't of significant interest - but the fact that it's got through to users would suggest it's not too far off implementation, assuming it passes the final hurdles. 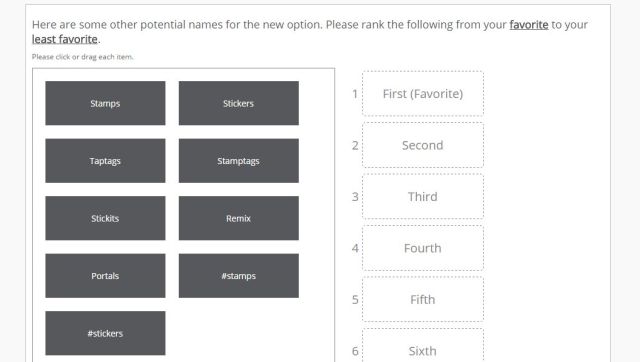 'Stamptags' is my personal favorite.