Twitter's 140 Character Exemptions to Come into Effect from Next Week 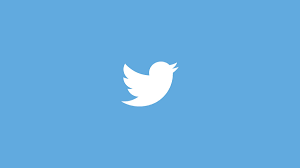 Remember how, a few months back, Twitter announced a range of coming changes to their 140 character limit?

You remember - it started out as speculation, which sparked a range of opinions about how removing the 140-character limit would kill Twitter. The actual update, of course, was far more tame - Twitter announced that:

And while the latter two came pretty quick, the first two - the most significant of the four - were just sort of left hanging with one of those vague "in the coming months" timelines.

Well now, The Verge is reporting that according to sources, those changes will be coming next week, on Monday September 19th, to be exact.

That date could change, of course, but it looks likely that Twitter will be enacting the update very soon. That would also put it within the three-to-four month time range that major social platform announcements have been coming in of late - for example:

The advantage of announcing major updates so far ahead of their actual release is that it lets all the negative sentiment die down, which means more people will likely give the change a chance. Case in point - people were upset about Twitter changing a fundamental element of their platform, relaxing the 140-character limit in any way was always going to inspire some backlash. But now, three months later, pretty much everyone's forgotten about it and moved on, so when the change actually does come in, that negativity will be diminished, giving it more opportunity to succeed.

The bigger question now is whether the change will really matter. I mean, of course it matters for regular users, it improves the tweet process by giving you more room to add context to your tweets without any significant compromise on the brevity that Twitter's known for. But will it matter to new users, those people who don't currently log onto the platform every day, whom Twitter desperately needs to appeal to?

On the face of it, you'd think it won't have much of an effect, but then again, the changes do simplify the Tweet process, which many people have flagged as a major barrier to entry.

Either way, looks like we'll find out next week.