Wanna' Know What Facebook Thinks Your Interests Are? Here's How to Find Out

Have you ever wondered why you're being targeted with certain ads on Facebook? 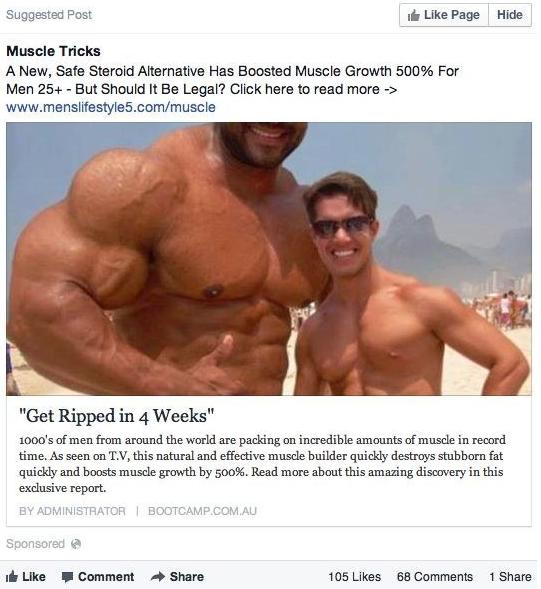 Have you ever wondered why Facebook thinks you're interested in body building or knitting or German House Music?

(And note, these are just random examples, I've not been hit with all these ads personally. Cause that'd be weird.)

Well you may not be aware, but you can actually find out - the first place to look is within the ads themselves. When you hover over a sponsored post, you'll see an 'X' in the top right corner - click it and you'll get these options. 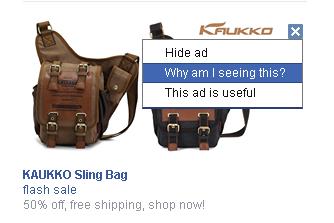 Click on 'Why and I seeing this?' and you'll get an explanation, of sorts, as to why that ad has been targeted at you. 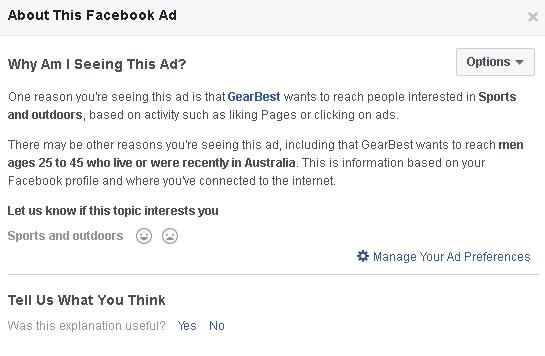 Which is helpful, but there's actually a way to see a full listing of all the things that Facebook thinks you like, which forms the basis of why the system is serving you certain ads.

To do this, go to Ad Preferences (or you can click on the gear icon in the 'Why am I seeing this' pop-up). 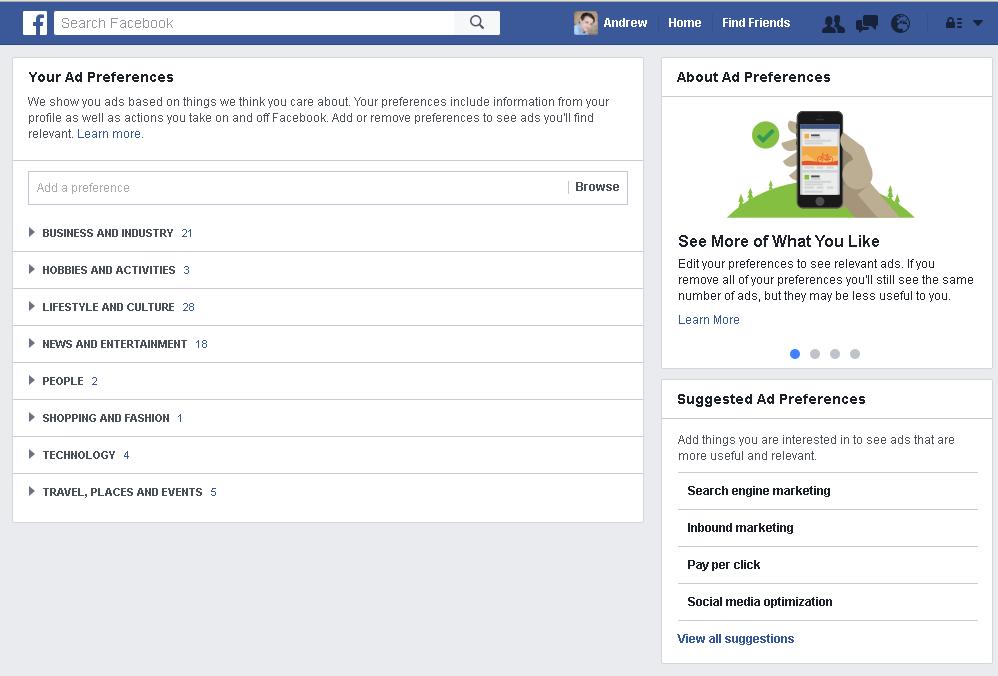 This gives you a complete listing of all the topics Facebook thinks you like - and for the most part, they're pretty spot on. For example, I'm clearly interested in most of the subjects listed under the 'Business and Industry' category on my profile. 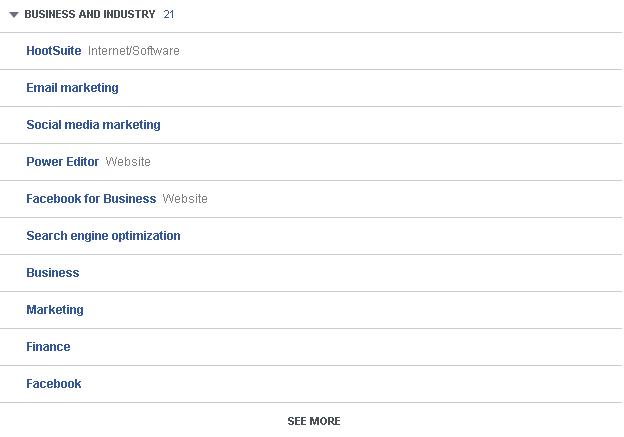 But then again, there are some odd ones in there - evidently, according to Facebook, I'm really into the 1996 film 'Sleepers', a film which I've never watched and know very little about. 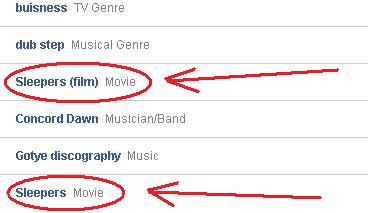 As noted, Facebook can't necessarily tell you why it's pegged you as someone who likes 'Sleepers' or any other interest, it only gives you a generic description, noting that you've liked a page related to this topic.

But here's the good thing - if any of the listed interests aren't relevant to you, you can remove them using the 'X' at the right of the highlighted topic. When you do that, you'll receive this prompt. 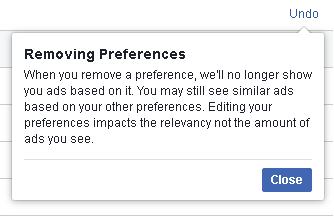 If the topic's genuinely something you're not interested in, and you don't want to be targeted with ads based on it, remove it and Facebook will have a better idea of which ads you do want to see, improving your experience.

And no, you can't cheat the system by deleting every interest, making your Facebook experience ad-free.

"If you remove all of your preferences you'll still see the same number of ads, but they may be less useful to you."

To improve your ad experience even further, Facebook also provides a suggested preferences listing, from which you can add additional relevant interests. 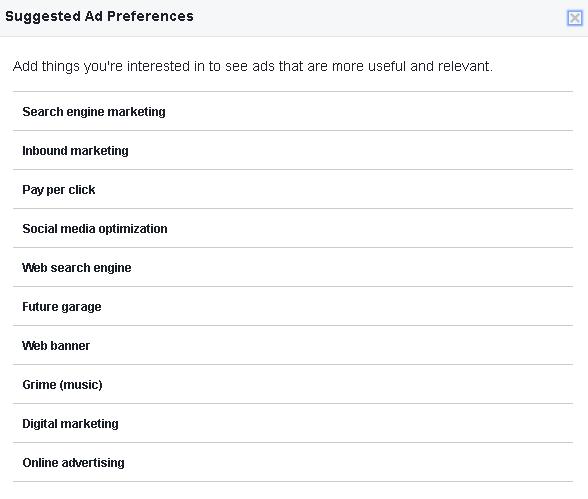 It's somewhat similar to Facebook's News Feed preferences panel, which is accessible from your main menu. 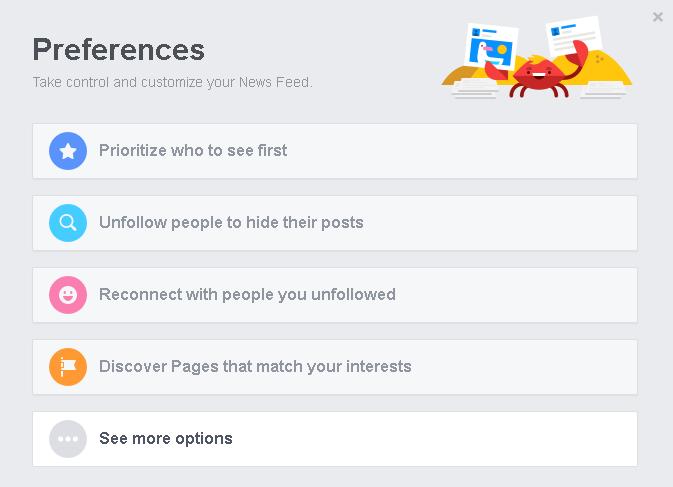 By checking through each and updating the information Facebook has allocated to you, you can greatly improve your on-platform experience, making it more tailored and specific to your interests.

Of course, some users remain opposed to ads in any form, but the fact of the matter is that Facebook relies on ads to make money - so if you're gonna' use Facebook, you're gonna' see ads. Probably better to be served ads for things you might actually be interested in than randomly aligned topics.

Either way, it's interesting to look through and see what Facebook thinks your interests are, then trying to trace back why and what you could've done on the platform that would assign those interests to you. Guaranteed you're going to find at least a few things on there that make you scratch your head, and at least a couple that, once eliminated, will save you from some of those totally off-topic ads in which you have zero interest.