YouTube has indicated that its mobile live-streaming option, which is currently only available to users with more than 1,000 subscribers, will soon be made available to everyone, a move that would put the video giant in more direct competition with Twitter and Facebook. 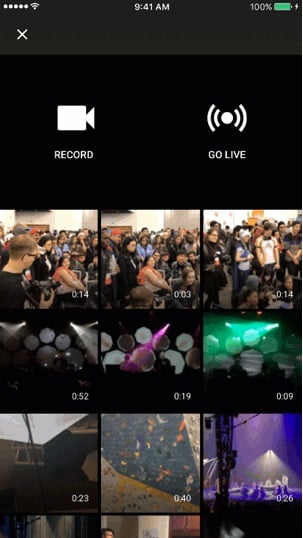 But at the same time, it's not exactly clear what YouTube's actually doing with live.

As reported by TechCrunch, while YouTube had already dropped the minimum subscriber requirement from 10,000 to 1,000 in April, some users with less than 1,000 subscribers have also been able to access the option. This lead to Android Police reporting that it's now available to all - but at the Google I/O conference, being held this week in San Francisco, Google has denied this, saying access to YouTube streaming is still restricted.

Who, exactly, then has access to YouTube streaming is not entirely clear - I can confirm that I, with zero subscribers, don't currently have access to the tool.

Despite increased competition from Facebook and Snapchat, YouTube recently reported that people are now watching a billion hours of content on their platform every single day, a staggering amount - and while live-streaming has seen a significant rise in recent times, YouTube has been offering streaming as an option since 2011. Just not the immediate, mobile live option most are familiar with now.

It could also indicate that YouTube's wary of providing another avenue for questionable content - YouTube has, after all, been very careful in who they give live access to, first those with a lot of subscribers, and now to only those with verified accounts.

Given Facebook's more recent issues with live content - including the broadcast of murders and suicides - YouTube's more measured approach probably makes sense, and if, as it seems, there's not as much value in letting everyone broadcast as some may have first thought, YouTube's slow roll-out could actually lead to a better quality product, not just for broadcasters, but for viewers and advertisers also.

As such, despite the slower implementation, it may actually end up being more valuable to live-stream on YouTube in the end. And when you also consider that YouTube is reaching more TV sets than ever, the potential value increases even further.