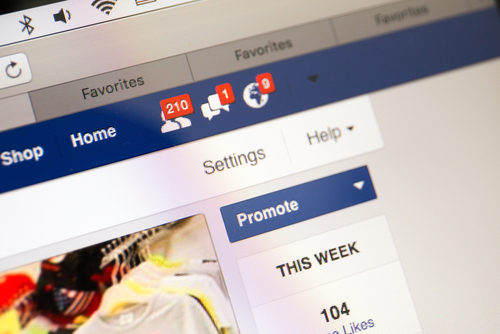 On its surface, Facebook's News Feed algorithm appears as a helpful tool that delivers only the information most likely to appeal to its users' unique likes and personality. It's the ultimate customer-centric device.

"Our goal is to build the perfect personalized newspaper for every person in the world," Facebook CEO Mark Zuckerberg explained in a public Q&A in 2014. "We're trying to personalize it and show you the stuff that's going to be most interesting to you."

Zuckerberg has also revealed that to achieve this level of personalization, out of the 1,500 or more stories aimed at each personal profile every day, Facebook delivers only a fraction of that. Adding all 1,500 to your News Feed would make the platform overwhelming and drive users away. This means each post you see on your News Feed won out over more than a thousand others.

The algorithm is a practical solution, but its constant tweaks (on top of the new features Facebook frequently adds) drive marketers nuts.

The platform's increasingly in-depth knowledge of each user's habits and interests also freaks out social scientists.

In the beginning, Facebook's engineers leveraged each user's likes, shares, and comments to determine which posts to deliver. Each like or share clicked helped them build a better picture of what you wanted to see.

Today, the algorithm involves as many as 100,000 variables to determine whether a post is "relevant" to each user.

And the variation in content delivered can be significant. A Wall Street Journal feature - titled 'Red Feed, Blue Feed' - involved WSJ creating two alternate Facebook profiles, one which followed only conservative outlets, and another which followed Liberal pages. The experiment delivered some eye-opening results - on the topic of "Donald Trump", for example, the system delivered entirely different posts to those it determined were liberals and those it considered conservatives.

The Wall Street Journal's piece illuminates how the Facebook algorithm chooses which articles to post in every individual's feed. While Facebook perceives itself as serving its users, social scientists worry that it's also creating "echo chambers," where people see news solely from those who agree with them.

"Software and algorithms have come to adjudicate an ever broader swath of our lives... algorithms, driven by vast troves of data, have become the new power brokers in society. And the automated decisions of algorithms deserve every bit as much scrutiny as other powerful and influential actors."

The algorithm shift may be the most significant shift in our media consumption habits in history. And the implications reach beyond just news content alone.

Algorithm Awareness is Critical for Advertisers

While Facebook as an information gatekeeper may put academics on alert about our society's future, advertisers aiming to get their brand messages out there need to focus on the realities of here and now.

For 62% of American adults, Facebook is their primary source of news. Any advertiser hoping to win meaningful results must understand which posts Facebook is most likely to put into its users' feed.

That Facebook changes its features and algorithm with an enthusiasm only Google can match keeps marketers scrambling to catch up.

Facebook's developers say they make these changes solely to keep their company the ultimate social, political, and entertainment distraction. Considering its monthly active user base is now nearing 2 billion, they must be onto something.

Review these recent changes to the Facebook algorithm to ensure your business has as broad a reach as possible.

"Our goal is to give every person a voice. We believe deeply in people."

A medium of the people, Facebook certainly responds to criticism. Advertisers should know that the changes it makes spring from its efforts to deliver more honest and transparent information. Becoming the internet's National Enquirer will cause it to lose market share quickly.

First, to address public fears that fake news posted on Facebook was swaying political events (especially the 2016 United States presidential election), Mark Zuckerberg vowed to increase efforts to weed out inaccurate information from the News Feed. Since 2016, Facebook has stepped up to this promise, implementing ways for users to flag hoaxes, offering tips and advice for identifying "fake news," and cracking down on misinformation suppliers to hinder their financial gain.

In the lead-up to the 2017 French presidential election, the social media giant removed 30,000 fake accounts from its platform and promised to "keep getting better."

While Facebook has made it clear that it's a platform and not a news publisher responsible for upholding the truth, it has also shown a devotion to shielding its users from harmfully inaccurate information.

Facebook also recently adopted a "Stories" feature, initially cribbed from Snapchat by Instagram. As the owner of Instagram, it was only a matter of time before Facebook decided its users, too, wanted to upload pictures and video which disappear within 24 hours. Typically, these photos are strung together to tell a story.

Most know by now that "content" - or helpful and interesting informational pieces - is winning more eyeballs than traditional display advertising.

While the brands have been filling their websites with content, they've also worked to convince popular online publishers to present this sponsored content as articles from their own publications. Overt, or covert, calls-to-action are placed at the end or within these articles to get readers to visit the brand's website.

Feeding the profits of The New York Times, BuzzFeed and others, these articles have been labeled "native advertising" or "branded content" because they resemble content the publication is known to produce.

For The New York Times, the company or brand writes something serious. For BuzzFeed, a lighter, more fun tone dominates. But the full potential of the ad doesn't stop with simple upload to a publisher's site. The publisher posts the article on Facebook, implying that it's one of its own informational (NYT) or entertaining (BF) articles. Experts speculate that a huge slice of BuzzFeed's profits come from this service.

The publications separate these native ads from their own "true" content by setting up "partner" sites on Facebook. The New York Times created 'T Brand Studio', which enables it to benefit from the integrity of the Times logo, while maintaining a safe distance for credibility. BuzzFeed more candidly started 'BuzzFeed Partner'.

Until 2016, posts linking to these native advertisements appeared without an attribution to the sponsoring brand. T Brand Studio, for example, posted the piece below to Facebook as if it were strictly informational when it was, in fact, a native ad for Goldman Sachs.

Posted in March 2016, this article looks like an informational piece, aside from the URL to paidpost.nytimes.com.

As of June 2016, again to promote transparency and quality on its site, Facebook began insisting that companies behind these ads identify themselves.

Below, The New York Times comes clean on native advertising pieces by listing the brand name beside the publisher's at the top of the post.

Here, the native advertiser is revealed.

It seems minor enough, but brands and advertising writers know the tag on the post lessens its value. Facebook users - in that millisecond of attention they give to it - are more likely to identify this content as an ad and thumb right past it. The more covert method may have a better chance of generating more clicks.

So given all these changes and features, how can your business play nice with Facebook's News Feed algorithm and maximize it's organic reach?

As mentioned above, 100,000 different factors feed into Facebook's algorithm. Marketers can control the items below to increase the odds of landing in consumer's News Feeds.

Facebook has certainly moved beyond its initial business model of connecting Harvard pals. Today it's an über-newspaper, with the ability to micro-target audiences by interest, geographic location, age, and more. It's even rolling out a feature to let users pay for news subscriptions, further embedding it as a company intricately involved in the production and sharing of news.

Most marketers encourage businesses of all sizes to engage there, but doing so gets more complicated by the day. Striving to understand the various workings of the News Feed algorithm may be the way through the thicket of Facebook options.