If you haven’t heard, video is a big deal in digital marketing – video content generates the most response on pretty much every social platform, while research also indicates that videos on Facebook, specifically, are more likely to reach and engage audiences than any other post type.

And given Facebook’s News Feed algorithm puts increased emphasis on engagement, you really should be considering your video options on the platform.

So what are Facebook’s key video tips? Here’s a summary of their notes.

Facebook notes that some 75% of worldwide video viewing now occurs on mobile devices, underlining the need to keep the mobile user experience in mind when creating video content.

This will come as little surprise to digital tend observers, but given the significance of the trend, as per Facebook’s data, it is worth underlining. If you’re not optimizing your video with mobile viewers in mind, you’re likely not maximizing your opportunities.

2. Ensure Brand Messaging is Delivered Early in Your Video

Facebook says that 3x more video viewers reported being engaged by a video ad when the brand name and message were presented in the first 10 seconds.

This is similar to key advice provided by Snapchat in their recent video best practices guide – while Snaps are different to Facebook News Feed video, Snapchat advises that the first two seconds of your video are most important, and where you should consider presenting your key messaging, ideally in a creative way.

Facebook further underlines the same with another stat - according to a 2015 Facebook-commissioned Nielsen study, video viewed for less than two seconds can generate more than a third of the recall and purchase intent of a campaign, while nearly half the value of a video ad is delivered within the first 3 seconds.

It may feel odd, it may feel too pushy, but the numbers show that video ad effectiveness is boosted by early brand messaging, helping to catch transitional viewers and maximize campaign impact.

3. Include Captions to Maximize Audience Potential

Facebook also advises that brands should include captions to maximize their video opportunities.

While Facebook has been pushing to make sound-on the default option for Facebook videos, ‘audio off’ is still how many people will experience your video content - which is particularly relevant when you consider that some viewers will be watching your video while on the go, where audio may not be an option.

Definitely, captions remain an important tool for general videos, but your usage of captions in Stories may differ based in this data.

4. Vertical Videos are on the Rise

These days, many users simply won’t bother to turn their device, and the full-screen experience provided by vertical content is often the best, most immersive branding option you’ll have.

According to Facebook’s research, vertical videos have also been shown to perform better in terms of ad recall, and with Instagram Stories now up to 400 million daily users, the data doesn’t lie.

If you’ve previously avoided vertical video, now’s the time to give it another look.

5. Ensure You Measure the Right Metrics for Your Video Goals

It’s important, too, to ensure that the way you measure your video content performance aligns with your broader marketing strategies, and accurately reflects potential benefit.

Facebook says that marketers will often look to view duration as a KPI - but duration isn’t necessarily a great measure of attention. Alternatively, Facebook says that measuring video impact, based on business goals like brand and sales goals, should be marketers’ top priority.

This is becoming more of a focus in social media marketing more broadly, moving away from traditional metrics like reach and impressions, and towards more direct performance numbers, based on the data available. Does it matter if fewer people see your content if people within that audience are more likely to actually buy?

There are various theories on this, but Facebook’s note is that brands should take into account more than just reach metrics to measure your success.

“Now that people are spending less time on traditional TV and more time on mobile, prime time isn't the only way to access a big audience. Our studies show that Facebook can also achieve significant reach, and often at a lower cost than TV”

This is further supported in related consumption data – in a Nielsen study of 29 cross-platform campaigns in the US, the average spend on TV was 20x greater than on Facebook, yet the reach on Facebook was almost half of the reach of the campaigns on TV.

Facebook video provides more cost-effective and targeted options for TV-like advertising, and with Facebook pushing its Watch platform as a potential TV alternative, this may become an ever more relevant consideration, and resonant option, in future.

Facebook also notes that Facebook video ads, as opposed to just being a TV alternative, can actually have significant complimentary benefits for traditional TV campaigns.

According to data, the vast majority of people now watch TV with their smartphone nearby, and Facebook’s data shows that Facebook usage spikes significantly during ad breaks.

No doubt you’ve experienced similar – a new norm in TV viewing is to have your phone at your side, and to scan through your social feeds during lulls in content (incidentally, this new trend may be why more low-brow TV content is seeing success, because it requires less concentration power, enabling viewers to think over other things).

Given this, advertisers can reinforce their TV messaging with Facebook ad campaigns, boosting performance.

Facebook also notes that people are increasingly turning to mobile video throughout the purchase process.

According to Facebook’s research, 39% of mobile-first video viewers (people who primarily watch online video on a mobile device) have discovered new brands or products as a result of watching mobile video, while 79% of people would rather watch a video than read text on a page.

Various studies have shown similar – video content performs better in terms of communicating brand benefits, and guiding consumers to conversion. While consumers can’t re-create the in-store shopping experience at home, being able to see the product in action provides some element of that ‘hands-on’ approach, which can add more context to their understanding of a product’s suitability for their purpose.

9. Facebook Has a New Set of Video Advertising Expert Tips

In addition to this, Facebook also notes that they have a new set of video interviews with experts from their Creative Shop, Measurement and Product teams, in which they answer advertisers' most common questions about mobile video. 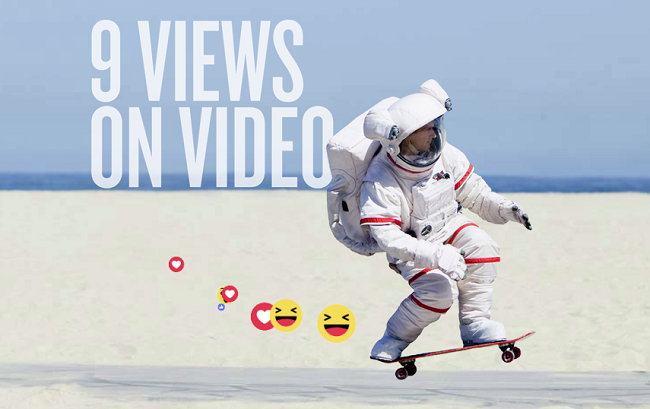 The videos are definitely worth a look, providing a heap of specific tips and notes to help optimize your Facebook and Instagram campaigns.

There’s a heap of good tips here – you can read Facebook’s full ‘How to Maximize the Impact of Mobile Video’ report here, or check out the ‘9 Views on Video’ expert advice series at this link.