LinkedIn Now Up to 900 Million Members, Continues to See ‘Record Levels’ of Engagement

LinkedIn has once again seen ‘record levels’ of in-app engagement in the most recent quarter, with the platform reporting 18% growth in total user sessions, according to the latest data from parent company Microsoft. 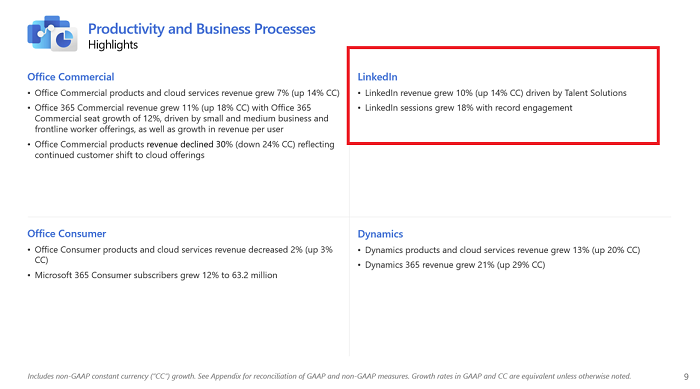 As you can see here, LinkedIn’s revenue also increased 10% in the period, driven primarily by growth in its Talent Solutions recruitment element. LinkedIn has warned, however, that this will likely decline in 2023 due to a broader slowdown in hiring, particularly in the tech sector, where many of LinkedIn’s job postings stem from.

“We once again saw record engagement among our more than 900 million members. Three members are signing up every second. Over eighty percent of these members are from outside the United States.” 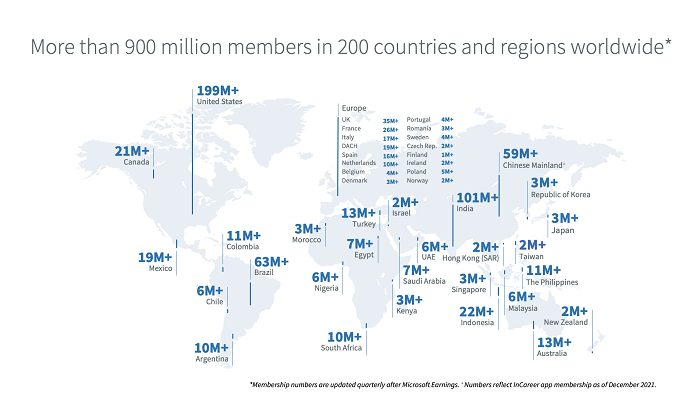 Yes, LinkedIn is closing in on a billion members – though as always, it is important to note that ‘members’ and ‘users’ are not the same thing, and that LinkedIn is not close, at this stage, to making the billion user benchmark.

How many users does LinkedIn have? It’s impossible to say, because only LinkedIn has the actual data, but some reports have suggested that LinkedIn sees around 310 million monthly actives.

It may be higher than that, especially given its ongoing increases in engagement, but again, it’s all speculation, as we don’t have oversight of LinkedIn’s actual engagement data.

Either way, it is important to separate ‘members’ and ‘users’ in this respect.

(Also worth noting that LinkedIn continues to include Chinese members in these figures, but LinkedIn is actually no longer available in China, as of October 2021)

But while we don’t have in-depth usage insights, LinkedIn has provided a few more specific notes on engagement trends of late:

These are some of the elements that have contributed to LinkedIn’s record levels of engagement once again – which it actually reports every quarter, and has since 2018.

So while LinkedIn is seeing more engagement, and we do have some more specific notes on such here, it’s always touting ‘record levels’ of user interaction, so it may not be as big a deal as it seems.

Or maybe it is. A 22% increase in feed engagement is significant, and with this in mind, it could be worth making LinkedIn a bigger focus in your marketing plan for 2023. Again, the platform does note that it will be impacted by the economic downturn, which could reduce some of these stats, but the numbers show that LinkedIn’s becoming an increasingly popular place for people to interact around professional topics, and generate engagement and exposure, for themselves and their businesses.

Which is worth noting, and as more people consider the ongoing changes at ‘Twitter 2.0’, it could be that even more professional discussions end up migrating to LinkedIn, presenting even more opportunities in the app.

The numbers, in this context, are definitely worth noting, even if LinkedIn’s ‘record levels’ of engagement claims are somewhat diluted by repetition.

You can check out Microsoft’s full FY23 Q2 results here.