Okay, I’m not sure I understand what ‘record levels of engagement’ means to LinkedIn.

Today, as part of its latest performance update, LinkedIn’s parent company Microsoft has shared that LinkedIn revenue grew 26% in the most recent quarter, while user sessions grew 22% - ‘with record engagement’.

Which seems fine - until you also consider that LinkedIn has reported ‘record levels’ of engagement since 2018.

So, going on these reports, since 2018, active LinkedIn sessions have increased by some 418%, in a time where LinkedIn has added 47% more members around the world. 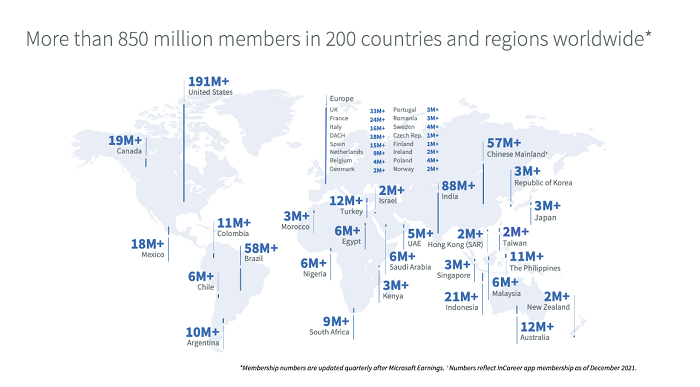 Is it actually possible that LinkedIn has seen ‘record levels’ of engagement growth for virtually every quarter for the last four years?

Of course, the devil is in the detail. While Microsoft has reported sessions and engagement growth, it hasn’t actually provided a scale of comparison, i.e. what exactly ‘record growth’ means in this context.

The assumption is that LinkedIn is seeing significantly more activity every quarter, but there’s no specific figure here to quantify these stats. There’s no data, for example, which says that people are commenting more on posts, or using post reactions more often, or sharing more updates.

As such, we don’t exactly know what ‘record engagement’ means. But it doesn’t seem possible that LinkedIn is breaking its own engagement record every single quarter, right? Like, if there were x million comments, x million reactions/likes, and x million shares in Q1, it couldn’t have bested those exact marks again every time.

I don’t know, it seems a little off – but according to Microsoft, LinkedIn engagement remains very strong, with sessions continuing their upward trajectory, and its member count continuing to rise.

In terms of revenue, Microsoft has reported a reduction in LinkedIn ad spend - as we’re seeing on all platforms - though even then, LinkedIn’s revenue, overall, has continued to rise.

Microsoft also notes that it’s been increasing its investment in LinkedIn, which has boosted the company’s operating expenses.

But overall, LinkedIn performance seems solid, I guess, given the limited data we have to go on.

Given the noted growth in engagement, it makes sense that LinkedIn has been putting a bigger focus on content of late, and on supporting creators, in order to help them establish stronger connections with their in-app audiences.

LinkedIn’s added newsletters and LinkedIn Live access to its Creator Mode, along with improved content analytics, while it also recently expanded its Creator Accelerator Program, which provides advice and support for rising thought leaders.

In some ways, it’s strange to think of LinkedIn looking to establish a creator ecosystem like Instagram or TikTok, where the majority of content creators are focused. But if LinkedIn wants to keep its users coming back, it needs to give them a reason to do so, and new, fresh posts from popular talent is a key way to maintain engagement, and keep the discussion going beneath its updates.

LinkedIn’s also testing Carousel posts, which are already one of the best performing content types in the app, while it’s also continuing to build out its events and live video tools.

In combination, LinkedIn is well positioned to capitalize on the market recovery that will follow in the wake of the pandemic. Which may take some time, but eventually, hiring activity will ramp up once again, and LinkedIn is now the place to be to showcase your skills and capabilities within a professional context.