Facebook’s adding a new element to its AR tools with new group effects on Messenger video calls, which will provide another engagement opportunity within your chats. 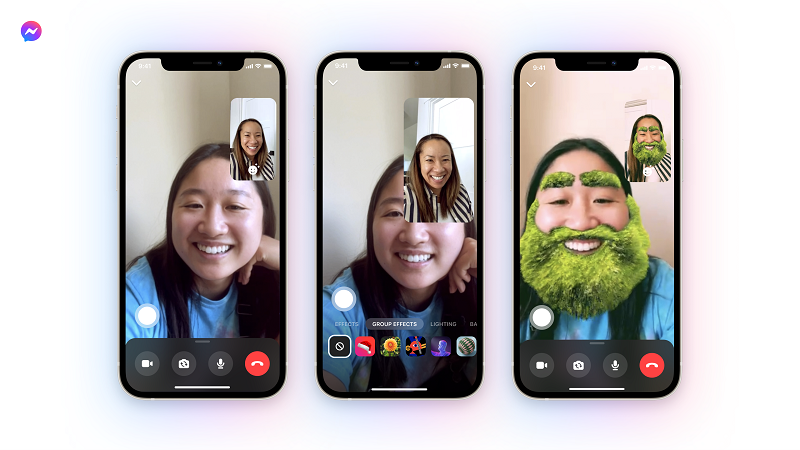 As you can see in this example, group effects will see any AR overlay applied to all users in the chat, which could facilitate all new interaction potential.

“Group Effects are new AR experiences that can augment everyone on a video call at the same time, enabling a more fun and immersive way to connect with friends and family. Whether you want to step your competitive game up or have fun with your friend who’s 3,000 miles away, Group Effects makes video calls more entertaining.”

Facebook’s also touting the multiplayer gaming potential of the option, with users able to play guessing games and other interactive experiences with friends.

That could be interesting, and with video calling at record levels over the last 18 months, with people seeking more ways to stay in touch, it could be a valuable addition, providing more engagement potential in the app.

Of course, you would expect that the reliance on video calls will decline as people are able to get back to in-person interaction. But still, the added capability to interact in new ways could be a strong lure to bring people back to video chats.

And there may also, eventually, be additional potential marketing applications, with branded tie-in campaigns aligned to product launches, which could be particularly applicable to entertainment.

Facebook’s also adding Group Effects to its Spark AR API, which will enable creators and developers to build their own group effects.

At launch, Facebook says that there are over 70 Group Effects available in the app, a significant starting library for the option.

“To check out Group Effects, head to your Messenger app, start a video call or create a room, tap the smiley face to open the effects tray and select Group Effects.”

They could be worth a look, and worth considering the potential for expanded applications of the process.