Fantasy sports have seen a big rise in popularity of late, and as with any trend that Facebook thinks it can take a chunk of, it’s now looking to add a specific fantasy sports element into the Facebook experience, providing another way for users to engage and interact around sports 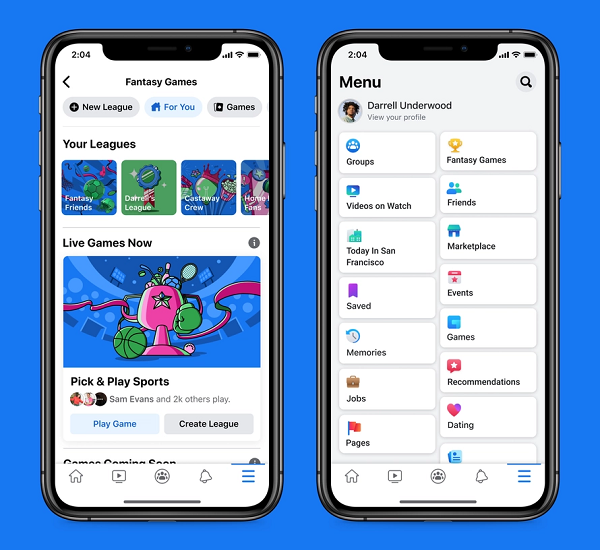 “Today, we’re rolling out Facebook Fantasy Games in the US and Canada on the Facebook app for iOS and Android. Facebook Fantasy Games are free, simple prediction games that help fans enjoy sports, TV shows and pop culture content together. These games bring the social fun of traditional fantasy sports to simpler formats that are easy to play for people new to prediction games, while still engaging enough for more seasoned players.”

As you can see in the above image, users in the US and Canada will now be able to access a new ‘Fantasy Games’ element in the app, which will enable them to participate in fantasy sports prediction games, and interact with other participants within Facebook’s platform.

Fantasy sports enable players to compete based on the statistical performance of players in actual games, or other events and predictions, with points allocated for each element. Those points then contribute to an overall score, generally in head-to-head match-ups with other competitors, which enables participants to match their expertise on the subject against others in a competitive way.

Aligning with this, Facebook’s fantasy sports platform will include public leaderboards, while players will also be able to create their own fantasy leagues in the app, and compete against friends and other fans. 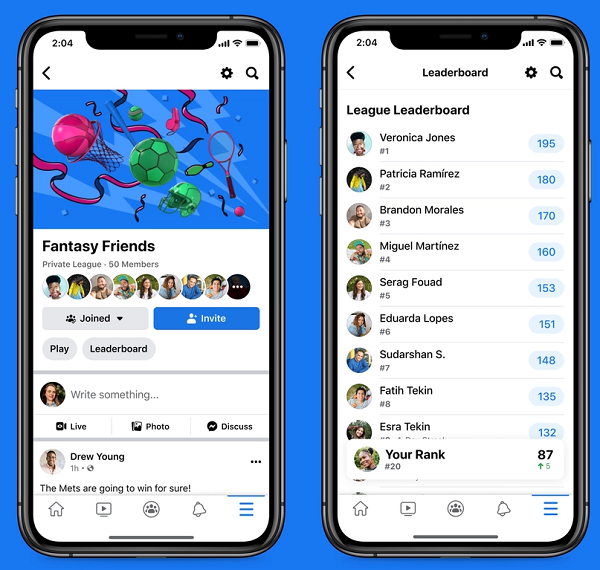 Facebook is starting out with ‘Pick & Play Sports’, facilitated in partnership with Whistle Sports.

“Fans will get points for correctly predicting the winner of a big game, the points scored by a top player or specific events that unfold during a match. Players can earn bonus points for building a streak of correct predictions over a series of days.”

In the coming months, Facebook’s also looking to introduce additional games, with TV shows like Survivor and The Bachelorette also being added into its fantasy games mix. 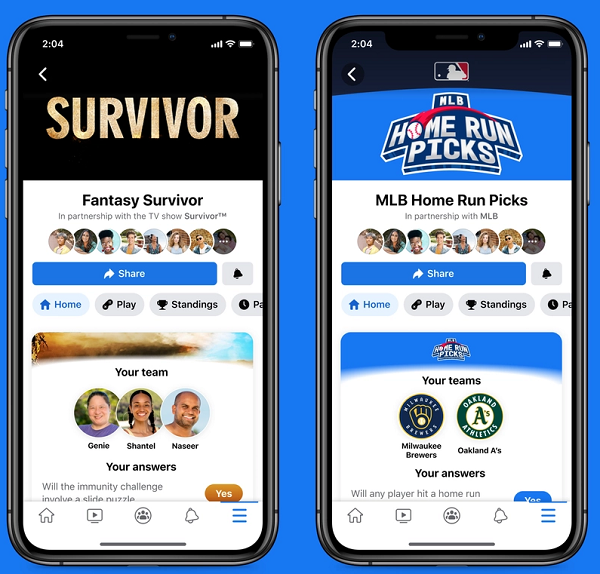 It’s a light-hearted way for Facebook to lean into fantasy sports, but eventually, it’ll be looking to make money from the same, with the incorporation of additional add-on options, and potentially betting elements, which could make it a more addictive and engaging in-app experience. 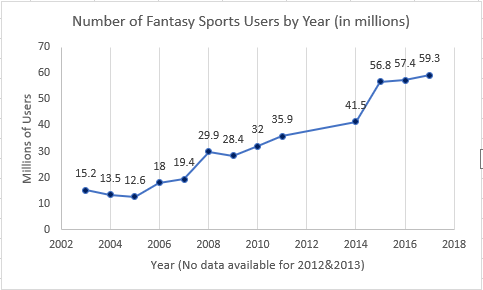 The added engagement of feeling like you’re participating in a sport, by learning the ins and outs, and then making bets on potential outcomes, can be a great way to maximize interaction and community - which is no doubt what’s got Facebook so interested.

But the big money here comes from betting, with platforms like DraftKings and FanDuel enabling players to make real money bets on the same elements, and earn money from their expertise.

Facebook isn’t looking to take that step just yet, but you can bet that will also be in its plans. And while it would have to skirt more controversy to facilitate such, if its fantasy sports element proves popular, it may well be worth it at some stage. It could also look to partner with existing players to facilitate connection to betting, providing another means to generate income for The Social Network.

Right now, however, it’s just looking for more engagement, and to boost time spent in its apps. Which fantasy sports can definitely do, and with the added connectivity among your Facebook network, that could make it a valuable addition to the broader Facebook experience.