Marking Data Privacy Day, Facebook has this week outlined it's evolving efforts to provide users with more control over how their personal data is accessed, and how they can maintain awareness and control over such to avoid potential misuse.

In a post written by CEO Mark Zuckerberg, Facebook outlines three key areas of improvement - and while none of the features shared in the post are new, as such, they do point to the company's ongoing effort to provide more transparency over such process.

First off, Facebook highlights its updated Privacy Check-Up tool, which it first announced earlier this month. The new version of Privacy Check-Up has been split into four distinct sections (which you can see in the right screenshot below), and uses clarified language around each aspect, making them easier to understand and action. 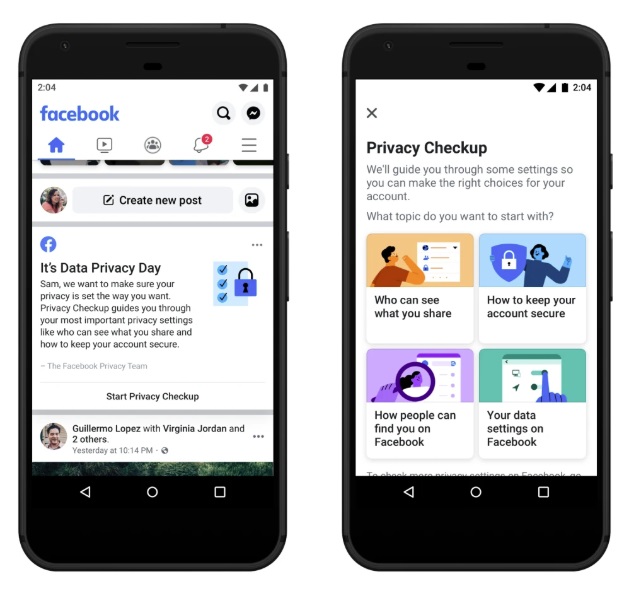 Facebook says that over the next few weeks, "nearly 2 billion people around the world" will receive a prompt in their News Feed encouraging them to review their privacy settings (left screenshot above).

"The prompt will show up in your News Feed and direct you to the Privacy Checkup tool. This makes it even easier to adjust who can see your posts and profile information, strengthen your account security by turning on login alerts, and review the information you share with apps you’ve logged in to with Facebook."

Ideally, that will lead to more people checking their Facebook settings, but history suggests that most won't bother regardless. But either way, there's not a heap more Facebook can do to make it happen, and because such settings require manual review, Facebook can't enact any restrictions on users' behalf.

By simplifying the language, and sending out prompts, Facebook should see more usage, but a level of risk will always remain on this front.

Next up, Facebook says that its Off-Facebook Activity tool, which displays third-party data providers and groups that have shared your info with Facebook, and was first announced last August, is now available to all Facebook users around the world. 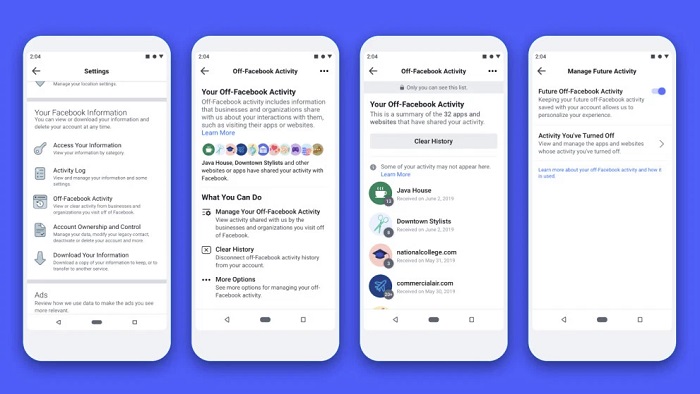 "Other businesses send us information about your activity on their sites and we use that information to show you ads that are relevant to you. Now you can see a summary of that information and clear it from your account if you want to. Off-Facebook Activity marks a new level of transparency and control. We’ve been working on this for a while because we had to rebuild some of our systems to make this possible."

Essentially, the Off-Platform Activity tool enables you to see how you're being targeted with ads, based on lists, data-broker files, subsidiary sharing, etc. The tool gives users significantly more control over how their data is used (or not) for ad targeting, which could help provide people with more assurance as to which personal interests and traits of theirs are being targeted through Facebook ads.

And lastly, Facebook outlines its new Login Notifications tool, which it officially launched earlier this month. 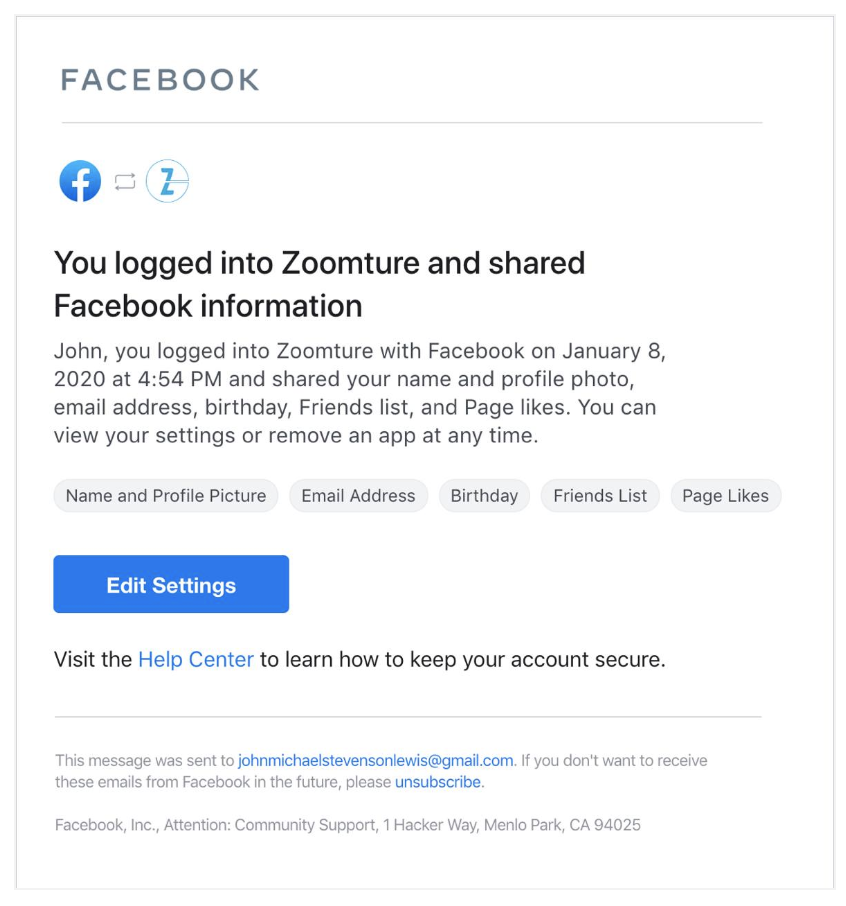 "Facebook Login lets you sign in to other apps and services, like games and streaming platforms, using your Facebook account. To help you keep track of your activity, we rolled out Login Notifications earlier this month. These notifications alert you when you use Facebook Login to sign in to third-party apps to help you stay aware of how your account is being used and edit your settings."

Login alerts aim to keep users aware of the access they're granting to third-party apps when they use a Facebook login. This is an important element, as many apps gather personal data via Facebook Pixel as soon as you open them. In fact, many apps do this even if you don't use Facebook to log into them, but this tool provides an extra level of transparency over the process, and gives users more options as to whether they want to allow such access.

Improving data privacy is a difficult proposition for Facebook. On one hand, Facebook can update its systems, like this, and provide more transparency over such process, which is great, and will definitely help people better understand who can access their information, and how it can potentially be used.

But then again, these systems are also reliant on users taking action on them, and history shows that many people simply don't bother. Case in point, in September 2018, Pew Research reported that just over half of US Facebook users indicated that they had adjusted their privacy settings in the wake of the Cambridge Analytica scandal, with younger users significantly more likely to have taken some level of action on this front.

Despite all the press coverage, all the concerns, despite all the reports that Facebook was potentially allowing its users to be manipulated through complex ad targeting, only half of them felt compelled to even check their privacy settings.

Convenience holds more allure than such details, and while Facebook can, and should, work to provide improved tools, the fact remains that the key vulnerability is likely users themselves.