With messaging use on the rise, it's logical that we're also seeing a change in attitudes towards using messaging for commerce, and getting in touch with businesses while on the go. Indeed, Facebook says that more than 20 billion messages are sent between people and businesses on Messenger each month, while 64% of people now say they would prefer to message rather than call a business.

Messaging may not have become the transformative business option that Facebook envisioned when it first launched its Bot platform back in 2016, but it's clear that more people are looking to connect via basic text. And with some 40 million companies now active on Messenger, user expectations are rising, which could put the onus on more businesses to catch up.

Travel is one sector, in particular, that Facebook says is seeing an increase in messaging use. Facebook's latest research report looks at the growth of messaging use by travel brands, while its has also published the below infographic overview, which largely relates to business more broadly, despite the travel focus.

It's definitely something for all brands to consider - you can read Facebook's full report here or check out the graphic below. 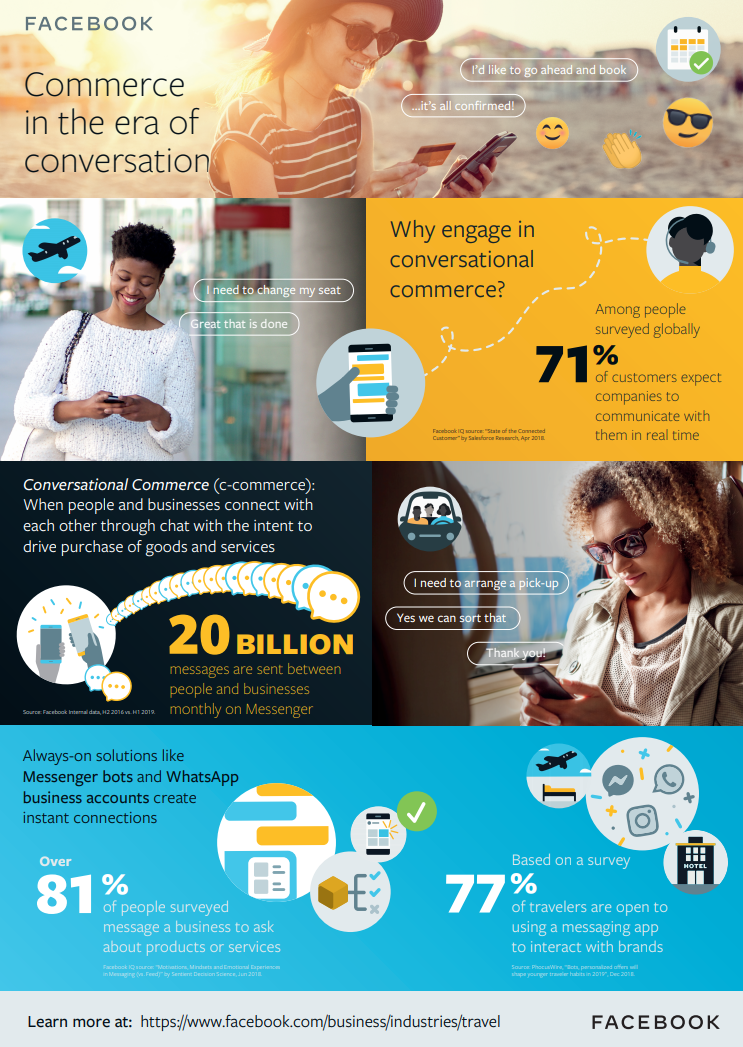