Facebook has released its latest ‘Topics to Watch’ report, putting the spotlight onto the subjects which are gaining significant momentum, based on mention volume, across The Social Network.

The monthly Topics to Watch reports can be a great way to stay ahead of the latest trends and shifts – according to Facebook’s research team, up to 80% of the topics they identify in their monthly reports go on to become more significant movements.

Some of the topics highlighted are very niche, but if they fit your brand, it could be good to tap into these trends early, and ride the rising popularity wave.

Here’s what Facebook says is gaining momentum across their network. 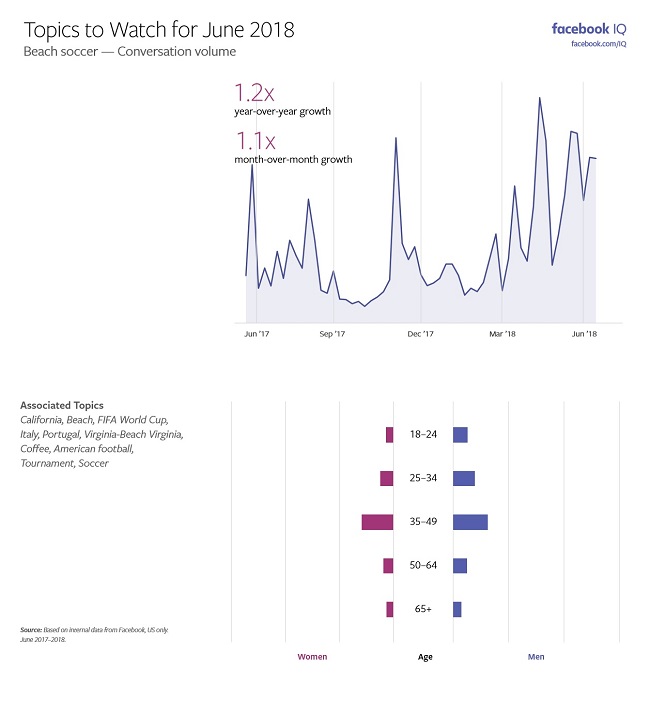 First up is 'beach soccer', which makes sense, given the US Summer and the World Cup.

You can see the interest in beach soccer rises in summer (top chart), but it is also clearly gaining more momentum over time. Maybe a new exhibition sport for the Olympics?

Next up is 'Bernoulli's Principle'. 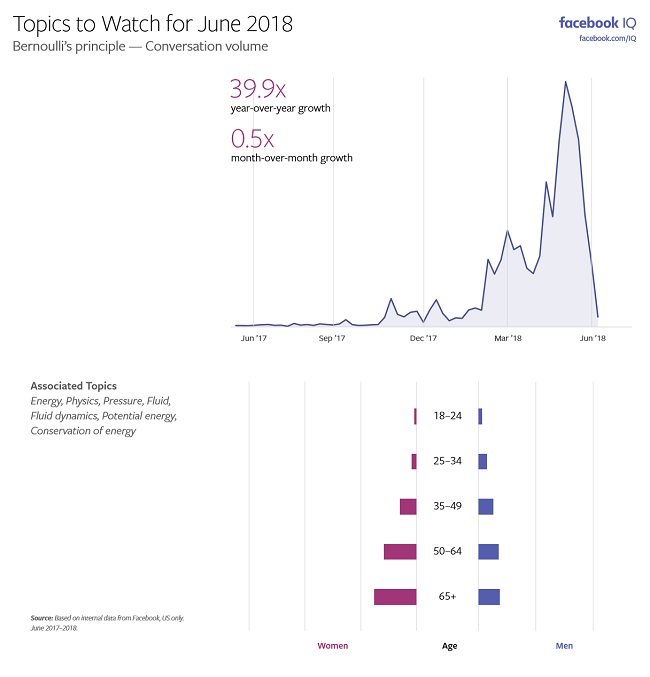 "Bernoulli's Principle an idea in physics that states that when fluids move faster, their pressure decreases. This popular principle can be demonstrated in a number of DIY ways, for instance, by using a hairdryer to float a ping-pong ball in the air." 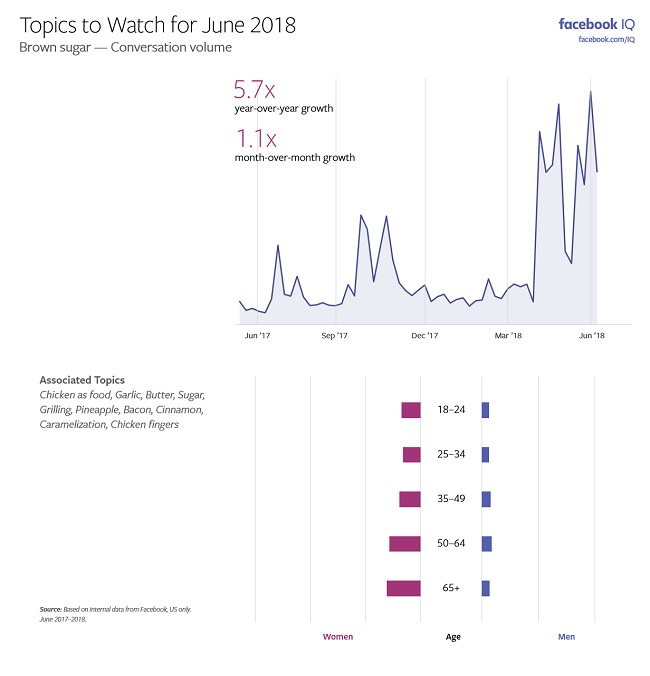 This one might be good for restaurants to experiment with:

"...brown sugar is finding its way into unexpected savory entrees, such as grilled shrimp and pineapple chicken." 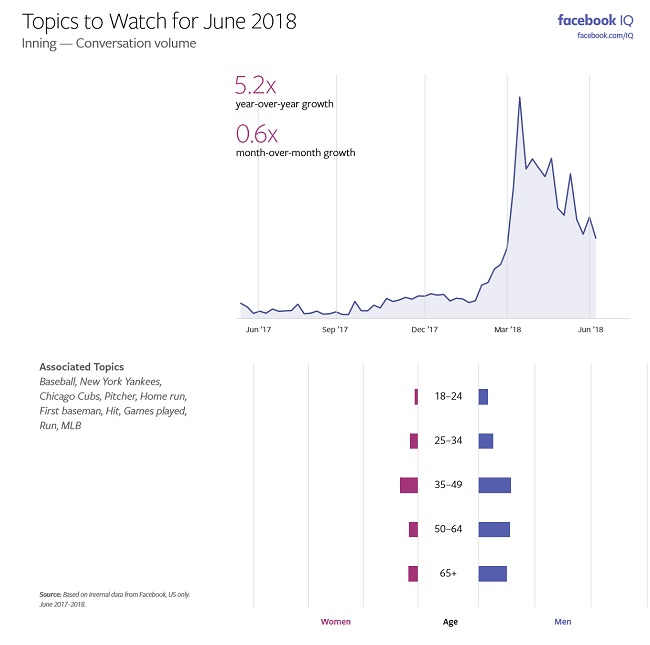 "Baseball games, and the 9 innings they include, have been a part of American culture since the 1800s. But aspects of this sport are being reimagined using emerging technology, creating more buzz around innings, or the key moments in the game."

Facebook also says that 'paddleboarding' is on the rise. 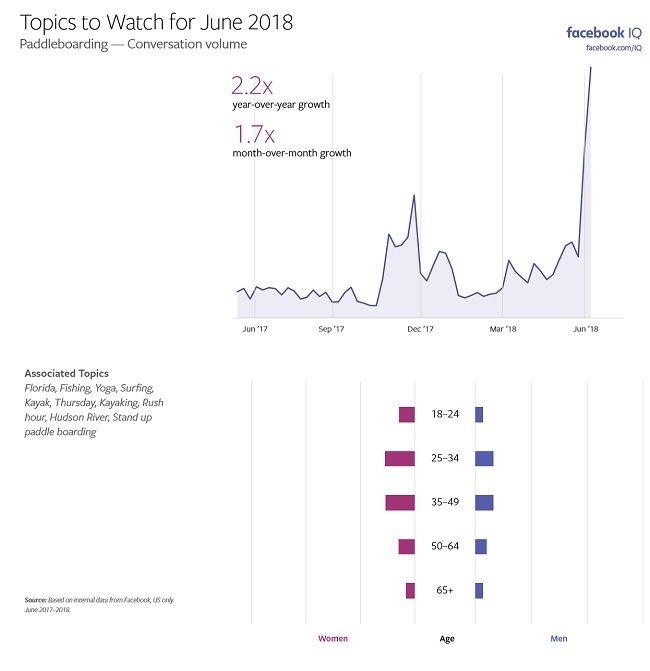 Fairly steep shift in popularity at the end there.

And the last key trend gaining momentum across The Social Network is 'signal-to-noise ratio'. 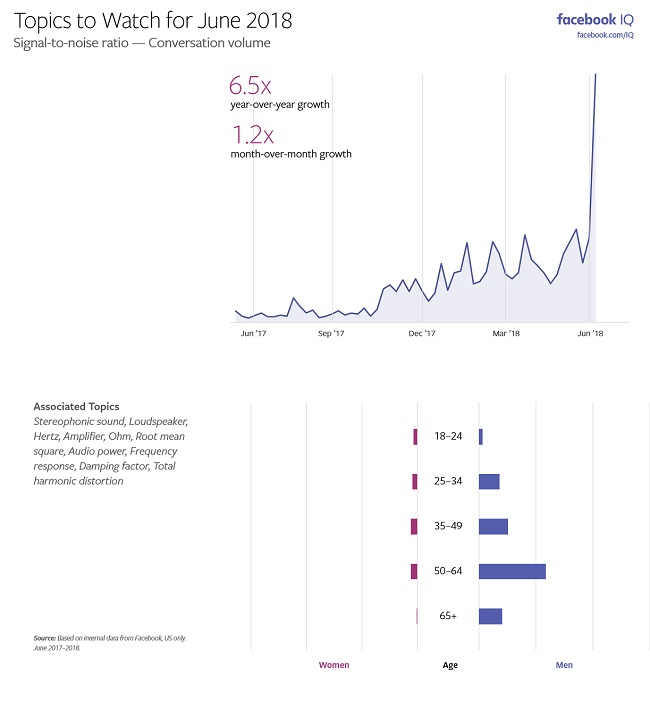 This trend seems to be related to more advanced audio systems and their increased capacity for enhancement on this front.

As noted, Facebook's 'Topics to Watch' reports can be a great source of rising trends, and it's worth paying attention to those relevant to your sector. They won't all relate - maybe none of them will - but if there's an angle you can see, it could be worth tapping in and enhancing that element in your campaigns.

You can read Facebook's full 'Topics to Watch' report for June 2018 here.