Facebook's Avatars - Are They Any Good?

As reported earlier this week, Facebook has released its new 'Facebook Avatars' Bitmoji-like tool to users in Australia, the first stage of a planned broader roll-out to all users later in the year.

Facebook Avatars enable users to create their own, cartoonish image of themselves, which can then be used in stickers across both Facebook and Messenger. I got access to the tool yesterday (I'm in Australia) and gave it a run-through - here's how the creation process works, and how the Avatar images look.

I was first alerted to the option becoming available to me via a prompt in my News Feed in between regular posts. 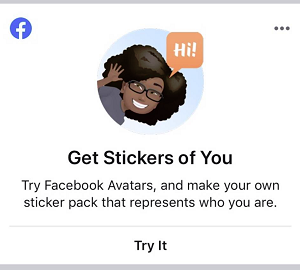 There was no other option to access it - it wasn't a sticker pack, it wasn't listed as an app. When it became available, I had to - at least initially - tap on this prompt. In TechCrunch's initial report on the option, they noted that users will also be able to access it by tapping on the sticker option in the comment window or message panel. I haven't been able to use Avatars or Avatar stickers within Messenger as yet.

Once you tap on the 'Try it' prompt, you're taken through a couple of quick overview screens which explain the new option. 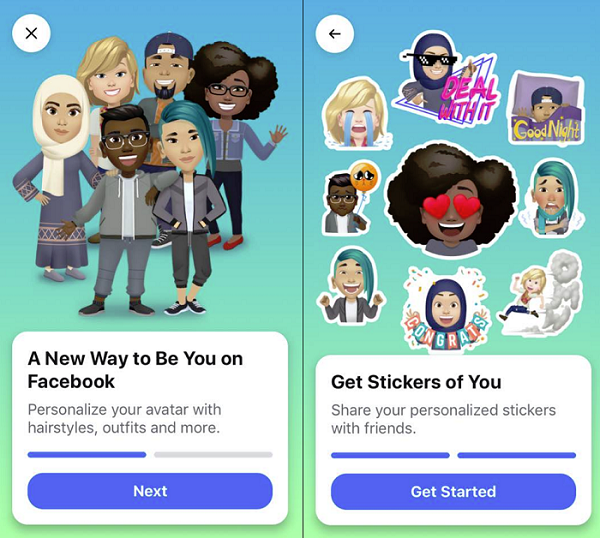 Facebook keeps it simple here, there's not a lot of detail on the process - which could be a mistake, given that Facebook will want to appeal to older users who are less familiar with the Bitmoji creation process, or with the similar process of creating your likeness in a video game. This is early days, though - a lot could change before the full rollout.

The creation process is also very simple - possibly too simplistic.

You start with a blank canvas - as TechCrunch noted, there's no option to scan in a real image and have the system come back with an approximation of your face as yet, though that is another feature Facebook is developing. 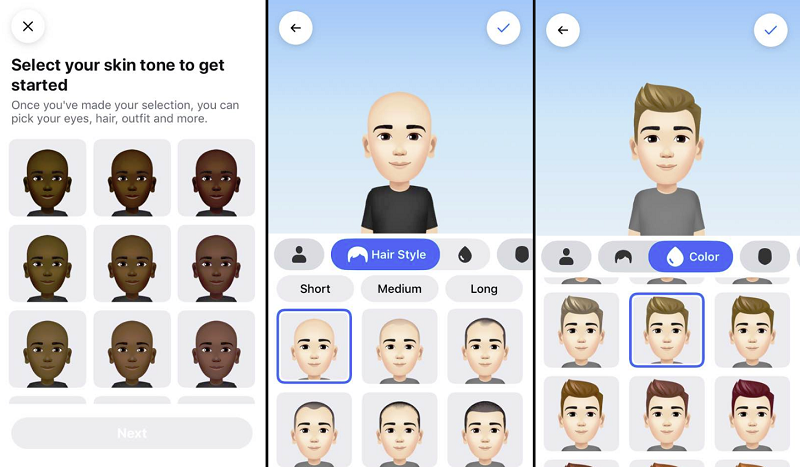 There are eleven categories that you can change to customize your character, with additional color and make-up options where relevant:

You put all the pieces together as best you can, and you end up with a sort of approximation of how you look, based on what you can change (note: my beard isn't quite this full, but you do what you can). 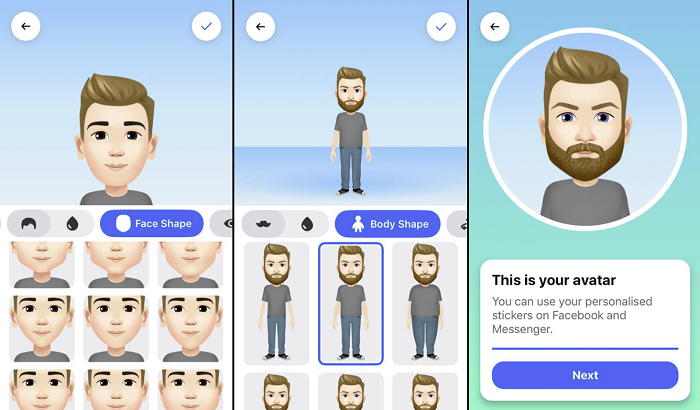 And that's it - you have your Facebook Avatar. Now, whenever you go to comment, you can tap on the Avatar Sticker pack and use a whole range of stickers adorned with your likeness. 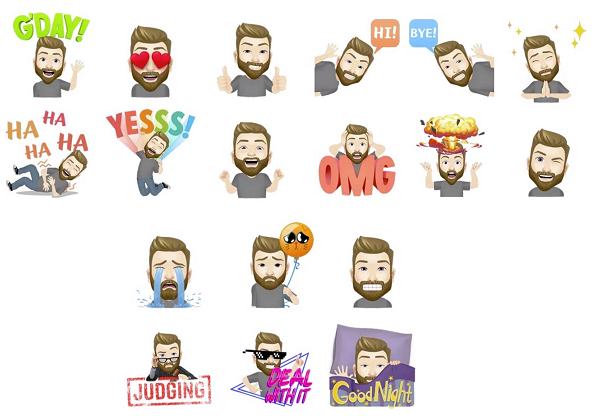 So, cool right? Your own, little Facebook cartoon character which you can send out to all your friends.

My problem with my Facebook's Avatar is that it doesn't really look like me - or at least, it doesn't look as much like me as my Bitmoji character, which I can also use in regular iMessage stickers via the Bitmoji app. 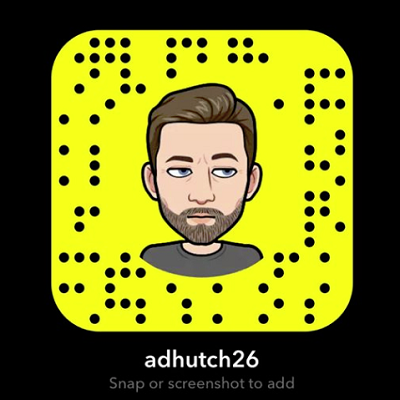 The Bitmoji app offers far more customization options, and is far easier to use in creating a more accurate approximation of your real life self. Facebook's tool is focused on simplicity, which makes sense, but the end result is a little too generic. You're basically reliant on your key features - like the color of your glasses or your beard - to ensure that people even realize that it's actually you that the character represents.

Of course, I didn't spend a heap of time going through it - I did look through the various options and I tried to put together something that looks like me. But it is possible that, with a bit more time and effort, I might come up with something a little better. But I would say I spent equivalent time on my Bitmoji character, and I think it's a lot closer to looking like me.

But then again, Facebook, as noted, will likely be looking to appeal to an older audience, who are less familiar with Bitmoji - and without that comparison, maybe your Facebook Avatar looks really great, and it'll end up being a big hit. But I don't know. Like, it's okay, but it's not really great, it won't likely prompt people to open up Facebook just to show their friends how their cartoon likeness looks.

The process would be significantly improved by a face or image scan option which produced an approximation of you, as that would theoretically reduce the creation effort while also improving the accuracy. That's what Facebook's Avatars really need - they need the character to look unmistakably like each user in order for the option to stand out.

That could still happen, Facebook's likely refining the process as the rollout happens. But at present, it's just okay.

It'll be interesting to see if it catches on with users.