Instagram Adds GIFs in DMs, Video Tagging and is Testing a Range of Other Features

As Instagram continues to rise, it's certainly not slowing down in terms of adding new tools and features. This week, Instagram has rolled out a couple of official new additions, while various other new tools have been located in the back-end code of the app, pointing to coming options.

First, starting with what's been officially announced - Instagram has confirmed the launch of GIFs in DMs, including a new 'Random' GIF button, which could add an interesting element to your private chats.

Introducing GIFs in Instagram Direct. Message your friends with the perfect GIF or send a random one if you like surprises. Happy DMing! pic.twitter.com/uKocwLaQ68

The option, powered by GIPHY, was first spotted in testing back in July by code hacker Jane Manchun Wong, and adds another interactive consideration to your messages. Usage of Instagram DMs has been rising, reflecting the broader trend towards private messaging, so it makes sense for the platform to give the option more focus, and more communication options to consider.

Here's how to add a GIF to your message thread (via Instagram's announcement):

"In any message thread, tap the new GIF button in the composer bar to open a library of the latest trending GIFs powered by GIPHY. Swipe through to see what’s currently trending or search using keywords or phrases to find the perfect GIF to make your friends laugh."

The second officially announced feature from Instagram is video tagging, enabling you to make specific users aware of your posted video.

It's here! Now you can tag your friends in the videos you share to feed. pic.twitter.com/NdZ2hLycmz

Video tagging was also spotted in testing earlier this month, and as we noted at the time, the option could be an effective way to alert users to your content, as it generates a notification in their stream.

You don't want to overuse that privilege, but by prompting relevant users about your videos, you can offset at least some of the limitations caused by the introduction of the platform's algorithmic sorting, which could otherwise see your new posts buried for some users.

In addition to these confirmed features, several others have been highlighted in the back-end code - the biggest being a new, separate field in the composer for your hashtags (which we covered yesterday).

Instagram's other in-development tricks include Quiz Stickers for Stories, which would enable users to share an interactive quiz question with their audience, and add multiple answer options. You would then be able to make one of the answers the correct one, which would be highlighted to the user when selected. 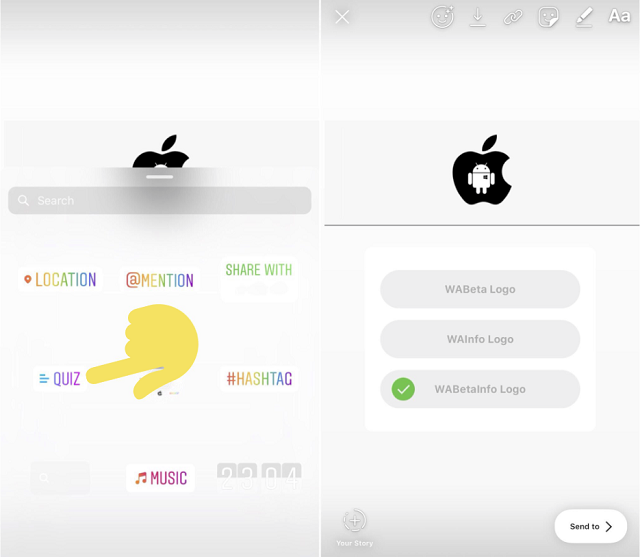 The tool was spotted by WABetaInfo (and shared by social expert Matt Navarra), and it could provide a new, engaging way to boost interaction and engagement within Stories. Facebook's Creative Shop team recently shared a similar way to create more engaging Stories through game-type processes by building your own frame-by-frame 'tap to reveal' images within your Stories. 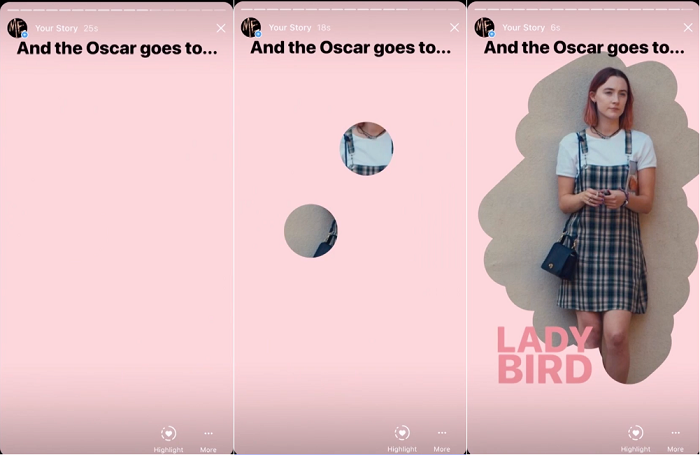 It's interesting to consider the various, enticing interactive games you can create within Stories, and new tools like this will only help to boost such interaction, when used well.

According to Jane Manchun Wong, that capacity could also be extended to individual posts, giving you more control over where your Instagram content can be seen.

Why would you want to actively restrict your Story and post reach?

As previously noted, the option could be particularly beneficial for brands with a multinational presence - if you were Coca Cola, for example, you could create Stories specific to each nation, and only show them to those audiences.

That could be especially helpful for seasonal events and celebrations - Father's Day is celebrated on different dates around the world, Ramadan is big in some regions, but not so much in others, sports events like the Super Bowl are region-relevant, etc. This would enable you to create themed content, by region, and not worry about it being out of context for certain users.

The updates continue Instagram's development momentum. For context, here's a list of the features Instagram has either rolled out or been testing over the past three months alone.

Really, it's quite amazing to consider the development momentum within Instagram, and while each of these features in isolation is relatively small (well, except maybe IGTV), they add to the greater whole, diversifying Instagram's use-case bit by bit, and getting users accustomed to undertaking various different interactions within the app.

That could be especially helpful within the context of Instagram's broader eCommerce push. By merging in a range of new options, users will begin to see the app as a multi-purpose platform, making shopping a more logical extension of its growing functionality, as opposed to an intrusive, even jarring, add-on.

It's smart for Instagram to maintain the momentum, and keep a hold on user interest in this way, which also, by extension, puts more pressure on competitors who simply won't be able to keep up.

There's a range of considerations to take in with these new options and tests. Will they change your Instagram approach?