While Instagram overall continues to rise, its long-form video platform IGTV is yet to gain significant traction.

Launched almost a year ago, IGTV remains a secondary element within the Instagram experience, out of sight to many. And while Instagram initially made a splash on big-name influencers to try and lure audiences across to the option, those efforts haven't seen it become a key content hub. At least, not yet.

Recognizing this, and the rise of similar video tools, Instagram has this week given the format of IGTV a refresh, which, as noted by TechCrunch, is more aligned with Snapchat and rising short-video tool TikTok. 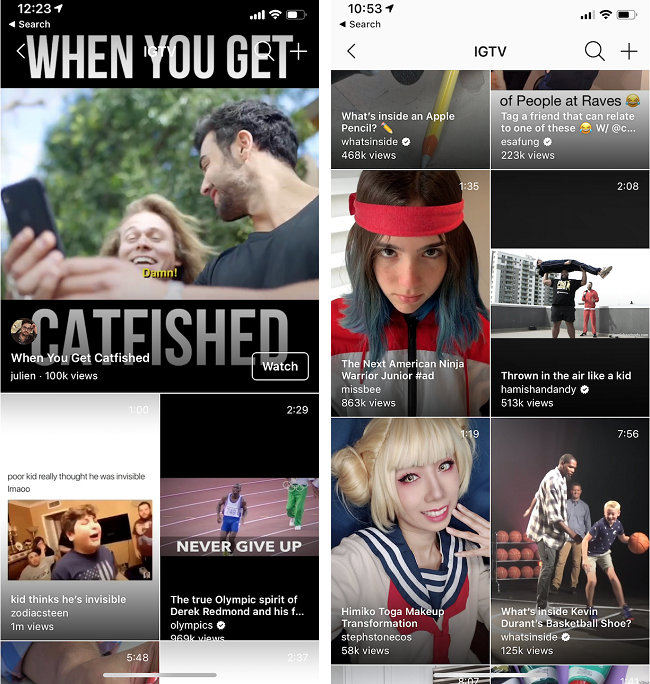 As you can see here (on the left), Instagram has done away with the categories and the lower screen, horizontal feed of videos, opting for a singular feed of algorithmically-defined content that plays through, one-by-one, while it's also added larger video tiles (right image above), which you scroll through vertically.

For comparison, this is what the IGTV feed has looked like up till now: 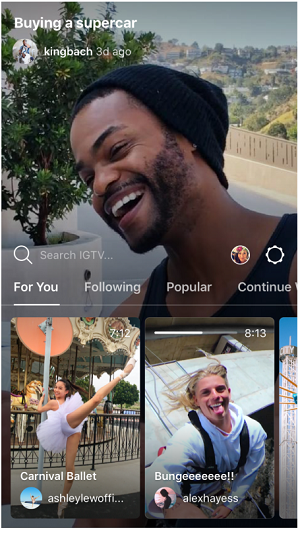 The larger tiles are a lot like Snapchat's Discover, while the singular feed - as opposed to showcasing categories - takes cues from TikTok. TechCrunch shared this side-by-side example of the various formats. 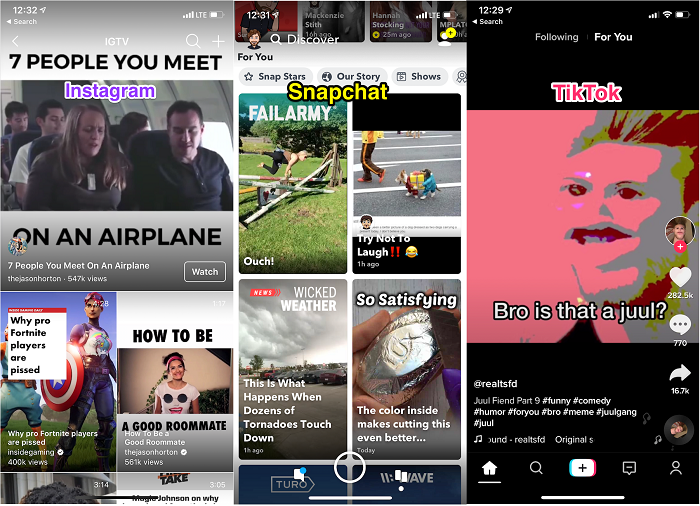 The idea is, fairly obviously, to tap into content trends which have proven popular in other apps (the same as Instagram has done with Stories), but whether that will make IGTV more appealing is hard to say.

TechCrunch makes the point that the single, central feed works well on TikTok because the videos are short, making it easy to sit back and let them play through - or more readily, and rapidly, skip to the next when the content isn't interesting. IGTV videos are designed to be longer, which means they're not ideally aligned to that type of 'rolling view' experience.

It also puts significantly more reliance on Instagram's algorithm to show you relevant content - which is fine if Instagram can get the matches right and highlight a continuous flow of good stuff. But if it's a little off, and it fails to showcase videos relevant to you - and selecting by category is no longer an easy to access option - that could prove problematic.

As noted, it remains to be seen whether IGTV can become a more significant part of the Instagram experience, and these changes don't really align enough with evolving consumption trends to suggest it will become a more compelling option. It's worth trying, and Instagram says that it still has other ways to make IGTV a bigger, better platform. But it's hard, as a consumer, to see the overall sentiment shifting as yet.