Instagram is testing two new features that will keep users informed of how much time they’re spending in the app, helping to improve mental wellbeing and eliminate some of the FOMO that’s come with the introduction of the Instagram algorithm.

First, as reported by TechCrunch, Instagram is testing out a new ‘Usage insights’ tab which will show you how much time you’re spending in the app. 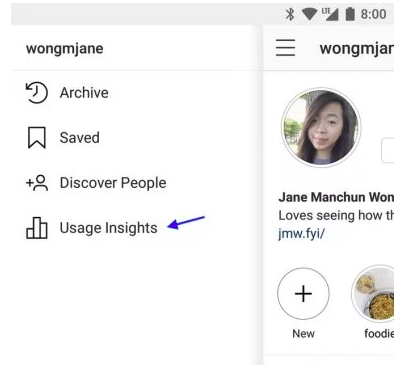 The data will provide more context around what you’re doing with your time, and could help some over-users re-think their actions.

Instagram’s also testing a new notification which will let users know when they’ve caught up with all the new content posted by the accounts they follow, helping to reduce passive scrolling.

Both measures aim to provide more insights to help users understand their habits, and reduce non-productive usage - which looks set to become a bigger focus for Instagram, and parent company Facebook, moving forward.

Last December, Facebook published a report that looked at the psychological impacts of time spent on social platforms, which found that while passively scrolling through social feeds can be bad for mental health, active engagement sparked by digital interactions can have positive benefits.

The report was the first time that Facebook had acknowledged what many research reports and studies have highlighted – that social media usage can lead to higher rates of depression and anxiety, and that it may not, overall, be great for wellbeing.

That acknowledgment also saw Facebook make a commitment to improving their processes - as per the report:

That new impetus lead to a re-thinking of the News Feed algorithm to prioritize person-to-person engagement, and has seen Facebook put more focus on groups, which, according to their data, help better connect users with relevant communities and assistance.

These new tools from Instagram look to be along the same lines, which is particularly relevant in Instagram’s case, given its high usage among younger audiences. The visual nature of Instagram also lends itself to comparison, a key driver in social media induced depression. By adding in more ways to highlight individual usage, it may help in getting people to re-think such habits, and shift focus to other activities.

But then again, that may also mean people spend less time on Instagram. Facebook CEO Mark Zuckerberg has acknowledged such, but notes that while some engagement metrics may reduce as part of this shift, the changes overall will be better for the business, long-term.

How that will play out – especially amongst market analysts – will be interesting to track, but it is good to see Facebook taking positive steps to address these key concerns.