Instagram is very keen to get people using Reels as much as possible, as it works to counter the rise of TikTok, while also aligning with rising usage trends.

The latest development on this front comes in the form of a new ‘Montage’ option, currently being tested internally, which would enable users to convert their Instagram Stories frames into short Reels video clips. 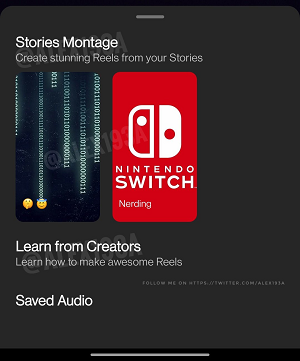 As you can see in this example, shared by app researcher Alessandro Paluzzi, the new process would enable you to splice together your Stories frames into a Reels clip.

The first step, as shown above, would display all of your Stories frames in sequence. From there, you would then enable Instagram to automatically formulate a video combining elements of each frame.

The final stage would see Instagram recommending audio to go along with your new Reels clip, which it would automatically synch to the transitions that it’s created. 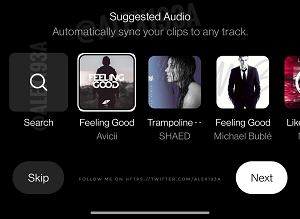 It’s a fairly logical, straightforward looking tool, with its true utility coming down to how it actually formulates the clips, and how it converts elements from your Stories into Reels.

Though it is a little strange to see Instagram seeking to merge two functionalities on one hand, and discourage the same on another, with the platform still working on ways to stop users re-sharing regular feed posts to Stories.

The latest update on this front comes in the form of its ‘Re-Share’ sticker, which enables users to share feed posts to Stories in a more creative way. 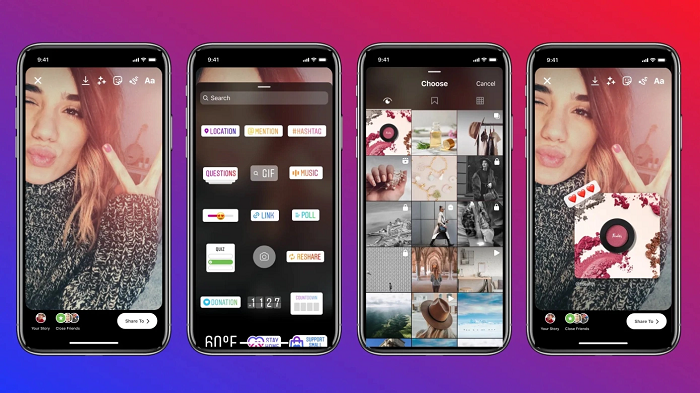 Instagram has experimented with blocking feed post re-sharing to Stories entirely, and other options, with the platform’s execs repeatedly noting that while users may be keen to re-share their feed posts to Stories, their audiences are not so keen on seeing them.

Yet, Instagram is openly and actively looking for ways to get users re-sharing Stories to Reels. Which seems like it may be just as annoying to users, if implemented, given that you’d be seeing double-ups of content from the profiles that you follow.

Maybe it’s not the same if the content is remixed into the Reels format – or maybe Instagram is just so keen to push Reels usage, however it can, that it’ll take the risk, and move forward with any option to increase Reels content.

It’s hard to know what the true motivation is here. Instagram says that Reels consumption is growing fast, but it’s still a long way off TikTok, and as TikTok continues to dominate the download charts, that does present a potentially existential threat to IG, especially as younger users become increasingly aligned to TikTok instead.

That, essentially, is what happened to MySpace, with Facebook coming in and gaining traction among younger audiences, which eventually flowed through to broader usage over time, and killed off MySpace for good. It’s still a long way off that level for Instagram, but such trends are important in this context - so it makes sense for Instagram to be looking for more options, as it seeks to quell user migrations where it can.

And no matter how you look at it, it is helping. Many Instagram users are now able to get their TikTok fix in-app, which has likely stopped many of them from switching across, propping up Instagram use time. So even if Instagram’s copycat processes may seem a little audacious, there is method here, and as more users become more aligned to short-form video content, Instagram should be looking to align with the same where it can.

On another front, and also spotted by Paluzzi, Instagram is experimenting with a new ‘Favorites’ audience selection tool, which, much like Facebook Favorites, would enable users to select specific profiles whose posts would then be given higher priority in your feed. 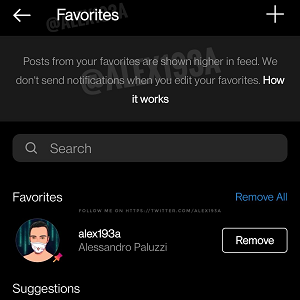 As some have noted, Instagram’s algorithms should already know which profiles are your favorites, based on your interactions in the past, but as with Facebook, the option would give users another way to control what they are shown, more explicitly, within their feed, which would override the algorithm to a degree, and ensure that you see the latest posts from the people that matter most to you.

So really, it’s a measure to put more control in users’ hands, which is what people repeatedly say they want. Whether they actually do, and whether they would actually use such, is a whole other question.

Either way, it could provide another way to manage your Instagram listings, and ensure that you see the latest posts from your family and friends