Meta’s troubled cryptocurrency project has taken another step forward, with new Novi chief Stephane Kasriel today announcing that a limited number of people in the US will be able to send and receive money using Novi on WhatsApp, following its recent initial trial 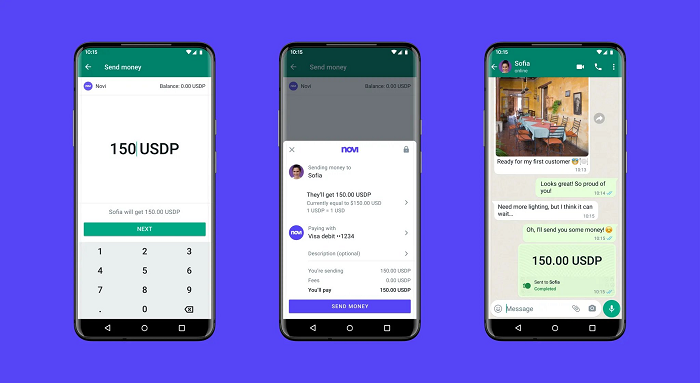 As you can see in this sequence, users in the trial will be able to quickly and easily transfer funds – fee free – via Novi on WhatsApp, essentially serving as a broader proof of concept test of the process.

An initial pilot of the Novi digital wallet was launched among a small group of users in the US and Guatemala back in October, enabling users to send and receive money between the two regions. That first real test of the system provided a range of insights for the Novi team - as explained by Kasriel:

“Since we introduced the Novi pilot just six weeks ago, we’ve been able to test and learn which features and functionality are most important to people, and focus our efforts on making those even better. We often hear that people use WhatsApp to coordinate sending money to loved ones, and Novi enables people to do that securely, instantly and with no fees.”

This is a key use case for Novi, enabling users, particularly those in developing markets, to send remittance transfers in the app, like sending money back home to family from other regions.

Remittance is a key element for the Indian market, with Indian citizens transferring more funds through remittance than anyone else in the world. That’s where Meta would truly love to see its Novi process gain traction, which would help boost the utility and value of WhatsApp, the most used messaging app in India, at 487 million local users.

That would also fuel its eCommerce push. Once users are transferring funds in the app, that then makes it much easier to get them to buy products or pay for services in-stream as well, and while the Indian Government is still strongly against cryptocurrency, and giving Meta, in particular, more economic influence, Meta will be hoping that this initial trial will better showcase the potential value of the system, which could then help it convince regulators in other markets to let it launch Novi there as well.

Though it’s hard to say what the future holds for the project. A lot of it probably comes down to your outlook on crypto more broadly, and whether it will actually become a viable, mainstream payment option.

The allure of crypto is that is uncouples consumers from dependence on traditional institutional frameworks, giving you more freedom and control over your finances. But at the same time, with that comes more risk and fewer measures for recourse in the case of theft or similar scams.

There are also issues with the broader economic impacts of more people shifting away from established financial systems, and in most cases, there’s no definitive right answer on what the best way forward is, and indeed, what the true benefits of crypto actually are in a broader sense.

Which is why financial regulators have been largely resistant to crypto initiatives – though crypto supporters would say that this is them protecting their turf. Some governments are now funding initial trials of crypto payment programs to test the waters, but it’s still very early days, and the market fluctuations underline that there’s still much to be worked out.

In the case of Meta specifically, regulators, as noted, are also resistant to giving the tech giant more power and influence, with the addition of payments, along with masses of user data, being a step too far for many. That’s why Novi now acts independently from Meta, as the project aims to distance itself in order to maximize acceptance, but there is still considerable opposition and concern on various fronts.

Perhaps this new trial will win more people over, but it seems unlikely, as it’s not so much the concept that’s causing hesitation. But it will provide more data for Novi to lean on - and if consumer take-up is strong, it will also be able to point to demand and interest to help boost its case.

Novi payments are now available to a limited number of WhatsApp users in the US.