While Facebook has previously noted that functional AR glasses are still several years away, The Social Network is developing its own variation of the wearable technology. And this week, we got a new look at how Zuck and Co. are planning to approach one specific element of the device, with a new patent outlining a 'cartilage conduction audio system' which would pipe related sound directly into the wearers' ear. 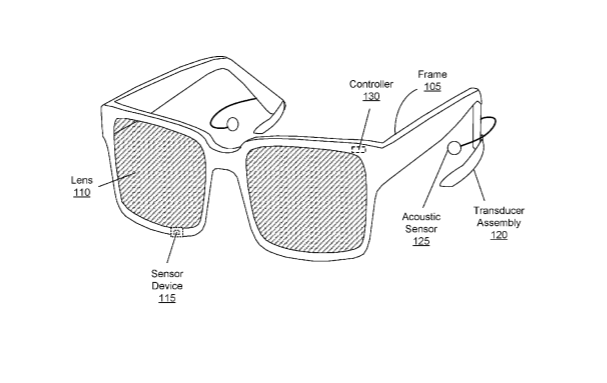 As you can see here, Facebook's AR glasses will aim to manipulate both visual and audio parameters, with the new sound system built into the glasses' arms. The patent - the second AR glasses patent Facebook has filed - was lodged back in January, but was only made available this week. 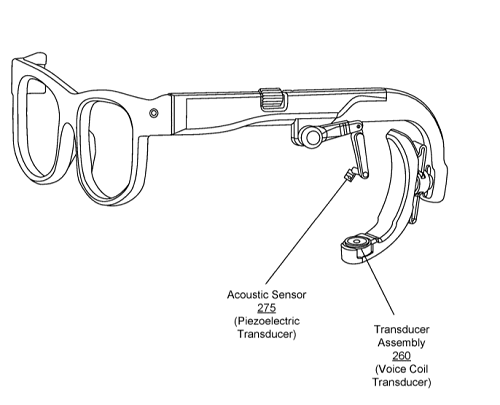 The acoustic sensor would go into the wearers' ear, providing a more immersive digital experience through the glasses. That could make it more aligned with VR than simply overlaying elements on the real world, as you would assume audio and video cues could become distracting (and lead to accidents). But it would also expand the potential of Facebook's AR options, possibly to automated translation of spoken words, audio search prompts, etc. 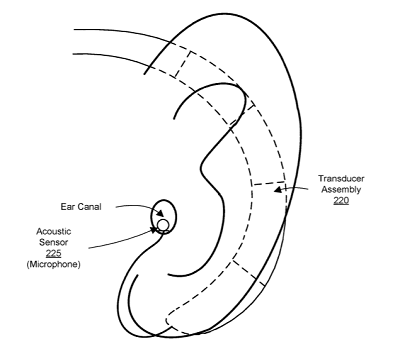 As noted, Facebook lodged its first AR glasses patent back in 2017, just months after Snapchat launched its 'Spectacles' device. Spectacles, as we've noted previously, seemed destined to be more than merely a wearable camera device, but Snap has thus far been unable to add in AR elements, which appears to have been the longer-term plan for the product.

Two years back, Facebook CEO Mark Zuckerberg said that technological limitations mean that they simply can't have functional AR glasses as yet.

“We all know where we want this to get eventually, we want glasses, [but] we don't have the science or technology today to build the AR glasses that we want.”

Snap's attempts would evidently reinforce that - and when you consider the significant advantages in resources that Facebook has over Snap for such research, it would seem likely that, if anyone's going to make them, Facebook will be first.

Of course, really, Google was first, with Google Glass, which flopped as a consumer device, but has seen increased take-up in various professional environments. That could also help Google develop its own AR ambitions, but at present, it looks like Facebook will be the first to roll out a functional, fashionable version of AR glasses, with the scale to promote them and make them an essential device.

The addition of audio sensors is 'next level' type stuff - which, as noted, seems more aligned with Facebook's Oculus VR division. You would assume that if Facebook is moving into this next phase, it's also likely getting close with the key visual elements. That is an assumption, we don't have any evidence to support that, but visual cues would be the key aspect, with audio seemingly secondary, a more advanced tool.

Does that mean we'll see Facebook AR glasses on the market sometime soon? Probably not, but it does show that Facebook's plans are evolving, it is working on the device, and pushing ahead with its plans. Maybe you won't see them in the immediate future, but you will see them, and they will, likely, be more functional than other iterations of AR glasses we've seen to this point.