Whether you're a fan or not, you can't argue that Snapchat knows how to tap into the zeitgeist of the day.

Back in September, Snapchat announced their first hardware play called 'Spectacles' which will enable users to record and upload photos and video to Snapchat direct from your designer sunglasses.

Today, Snapchat has announced how you can actually buy yourself a pair, with vending machine devices - called a Snapbots - traveling around the US.

It's hard to deny the cool factor here - this is what a Snapbot looks like in the wild.

With Facebook ramping up its efforts to curb Snapchat's growth, one of the big questions will be around whether Snapchat can keep their younger audience engaged and interested in their products - if they're able to innovate fast enough and maintain that 'cool' element, that'll make it harder to Facebook to steal their attention. Activations like this underline that Snapchat knows its audience, and knows how to generate attention and buzz.

Are you keen to buy a pair of Spectacles and want to know where you can find a Snapbot? Snap Inc has you covered - over on the Spectacles website there's an interactive map which highlights where the Snapbots are at any given time. 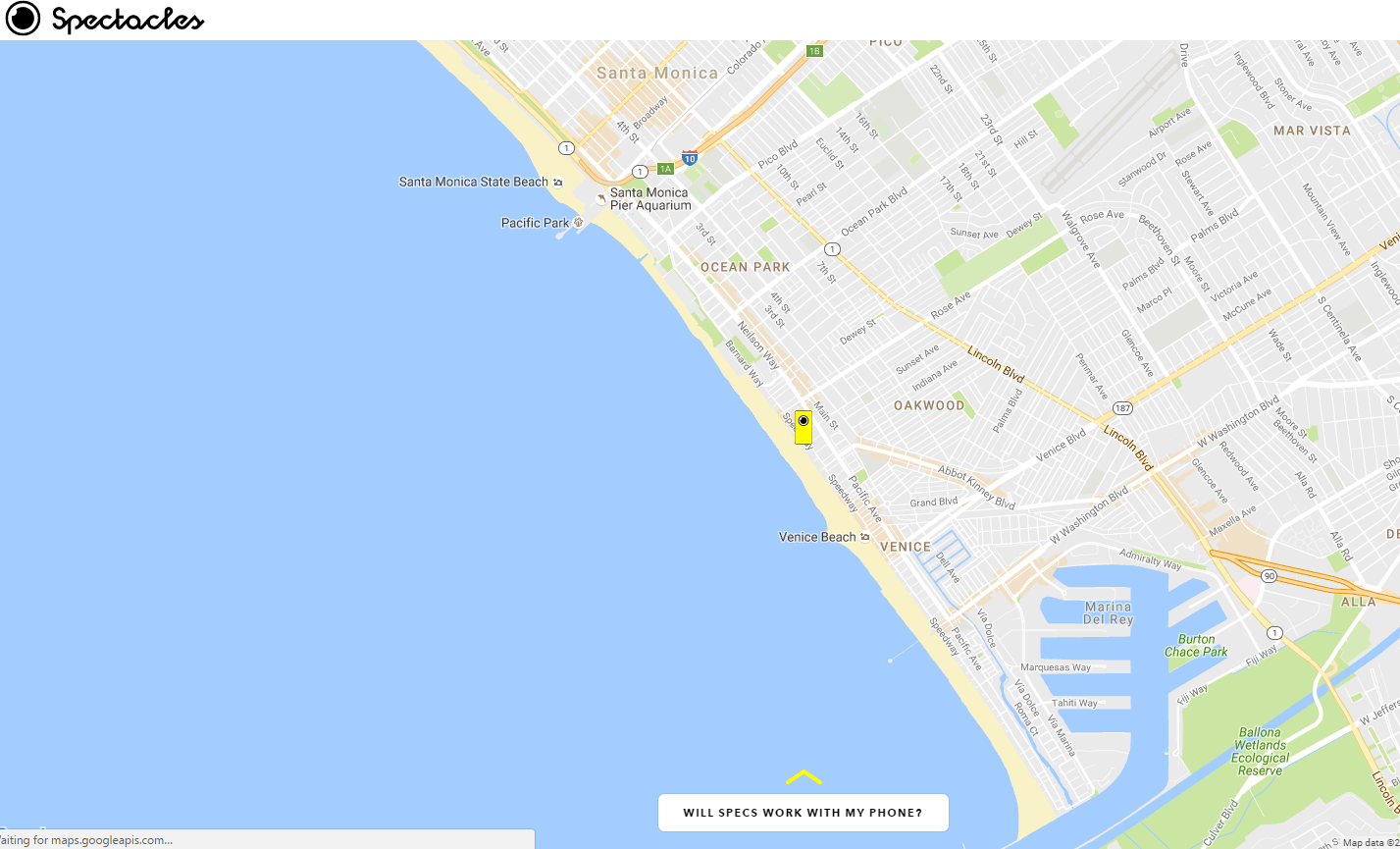 See that little yellow bot icon in the middle?

Wanna' know whether Spectacles will suit your face before buying? Snapchat's also added a QR code which unlocks a special Spectacles Lens that enables you to check out what you'd look like in the new glasses. 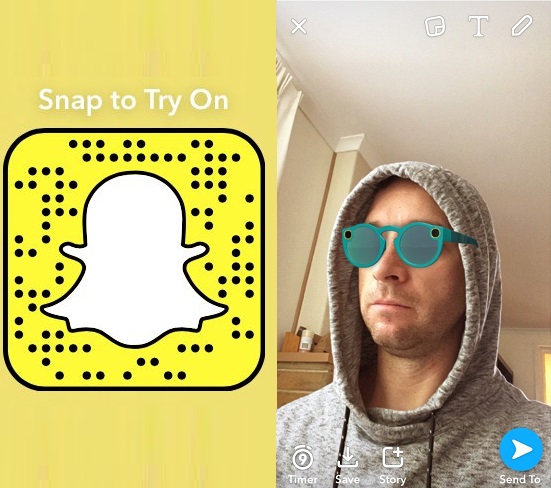 And if you were wondering whether people would actually be interested in buying Snapchat's new invention and capturing video via their glasses, the first Snapbot in Venice Beach sold out pretty quickly.

Snapchat spectacles at a pop-up kiosk in Venice sold out by 8am. Damn. At least can have some fun w the kudos camera filter... pic.twitter.com/C8kVwv1BkD

As noted, Snapchat knows how to 'do cool' better than any other platform, and how to hold the attention of their users. Another element in this process is that Snapchat's not revealing where the Snapbot will be next - you'll have to tune in to the Spectacles website, or monitor the hype train on social, to find out.

This comes on the back of Snapchat's latest in-app addition called 'World Lenses' which many believe signals the first step towards using Spectacles as an augmented reality device, not just a camera.

That's likely the kind of innovation Snapchat will need to keep Facebook at bay - thus far, Snapchat has succeeded by being the first to introduce new tools like Stories and Lenses. If they can keep bringing out fresh takes like these faster than their opposition, that'll keep them front of mind, and as the app people keep showing their friends, generating more word-of-mouth buzz.

Of course, Facebook are also trialing their own cool tools.

This is likely to be the next big competition between the two - Facebook's already flagged a wider roll out of their innovative camera options, with Mark Zuckerberg recently noting that they see the platform moving to a 'camera first' approach to status updates, as opposed to text-based notes.

In this sense, Spectacles is big bet for Snapchat - or Snap Inc. more accurately. If it works, Snapchat will be able to build momentum ahead of an expected IPO early in the new year, but if it fails to catch on, that could give Facebook an opportunity to further muscle in on their turf and slow their growth.

Early indications are positive, Spectacles look to build on Snapchat's hype-ability. Expect to see them add augmented reality additions and other enhancements soon after the initial buzz begins to fade.