In celebration of National Black Business Month, Pinterest has today launched the latest version of its Pinterest Shop, highlighting a range of Black-owned businesses in the fashion and beauty sector. 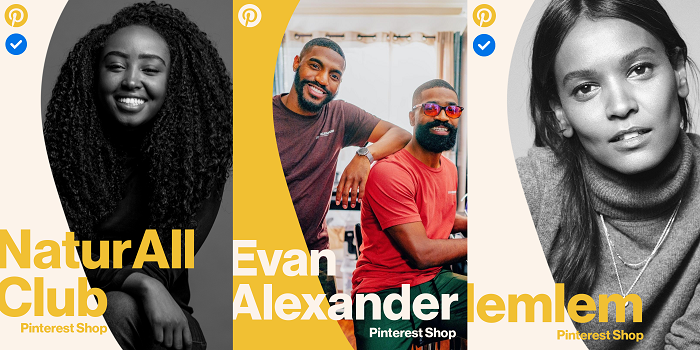 "[We've] launched a brand new Pinterest Shop collection, featuring 20+ Black-owned fashion and beauty businesses with 600+ products. With searches for “Black-owned business” up 13x*, Pinterest is making it easier to discover and shop unique products from these mission-driven brands."

The latest iteration aligns with both National Black Business Month and the broader #BlackLivesMatter movement, which Pinterest has also pledged support for through various donations and initiatives.

But Pinterest has also been confronted with its own, internal issues of racial inequality. Back in June, two former Pinterest employees detailed their experiences of working at the company, as employees of color, which put a spotlight on some significant concerns with its company culture. Pinterest has since announced that it will undergo an independent audit of its processes.

In addition to this, Pinterest also recently appointed Andrea Wishom, the President at Skywalker Holdings, to its board, following through on a pledge by CEO Ben Silbermann to add more racial diversity to its leadership group.

The update to the Pinterest Shop is another element in Pinterest's response, and while it's good to see Pinterest working to celebrate diverse creators, it seemingly still has some way to go in addressing systemic racism and inequality within its own walls.

But it is taking steps, and the various updates show that Pinterest is taking the issue seriously.

You can view the latest version of the Pinterest Shop here.