It's still somewhat amazing to consider the impact that TikTok has had on the broader social media landscape.

The short-form video app has gained momentum so quickly, and become so influential with younger audiences, that almost all of the major platforms have now sought to replicate its key functionality, in order to stay in touch with the rising trend.

And this week, Snapchat has taken another step towards making its TikTok-like 'Spotlight' feed more similar to TikTok, by adding public view counts on Spotlight clips.

As you can see in this example, posted by Conviva's Mike Metzler, the view count is displayed at the lower left of screen, providing more context as to each video's popularity.

It's not exactly the same. On TikTok, the view count is displayed on the video thumbnail, not on the playback overlay itself. But clearly, Snap is looking to replicate the same display options where it can - here's a look at the updated Spotlight display and the same clip on TikTok, side-by-side: 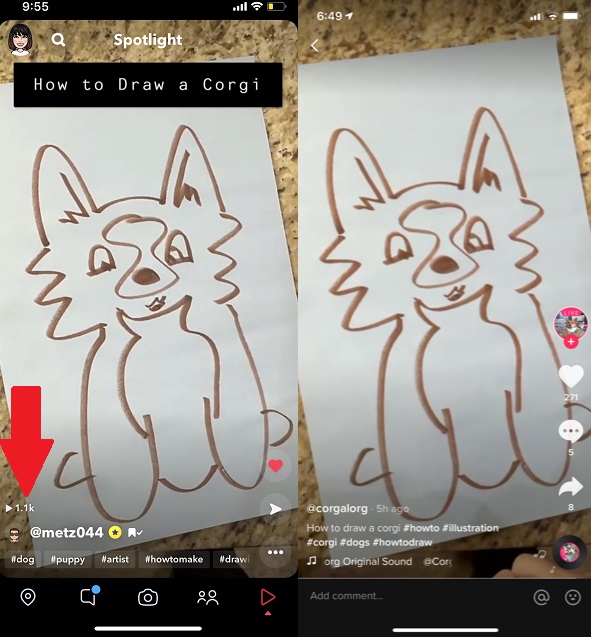 Very similar, which, as noted, makes sense, given the rapid rise of TikTok over the last year. 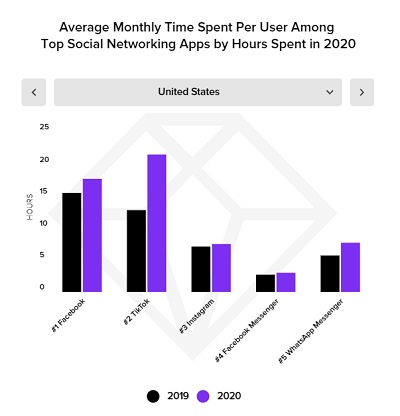 Of course, those numbers are somewhat diluted by scale - Facebook and Instagram have more users, so their average time spent per user is lower. But still, there's a reason why Facebook, YouTube and Snapchat are all looking to add TikTok-like options, and keep their users from migrating across.

For Snapchat, it's hard to tell whether its Spotlight feed, which it added back in November, will end up being a winner for the app. Snapchat remains hugely popular with younger users, and is a key connection tool for many in that cohort. But chasing trends has never been Snapchat's thing - in fact, it was the one making the trends up till now.

Still, given the rapid rise of TikTok, you can see why the platforms are looking to keep in touch, and link into new habitual behaviors. Adding public view counts is another small step in the gradual TikTok-ificiation of each of the major apps - which, given the projections, could carry on for some time yet.