Back in April, Snapchat began testing a new ad option called 'First Commercial' which would enable advertisers to ensure that their ad is the first shown when each user tunes into any of Snap's original Discover shows on any given day.

The option makes a lot of sense - in its Q1 performance update earlier this year, Snap noted that the total daily time spent by Snapchatters watching Discover content had increased by over 35% year-over-year. That viewership has continued to rise amid the COVID-19 lockdowns around the world. More recently, Snapchat reported that its original shows have reached more than 75% of the US Gen Z population in 2020.

And now, after seeing positive results in its initial test, Snap is making First Commercial available to all advertisers in the US and UK.

"First Commercial is effective, efficient, and now easier than ever to buy. With its move into general availability in Ads Manager, we’re unlocking the ability to run Extended Play Commercials up to 3 minutes in length, transact via self service, and enable conversion tracking. This gives advertisers the ability to access First Commercial seamlessly alongside their existing, always-on video campaigns in Snap Select."

It's a higher-end ad option, so not all businesses will be able, or will need to use it. But it'll provide another way for marketers to connect with engaged video viewers in the app. And as noted, with Discover viewership on the rise, it could facilitate significant opportunity for those looking to connect with Snap's younger audience.

In addition to this, Snapchat has also announced a slate of new Snap Originals programming, providing even more options to connect through the new ad option. 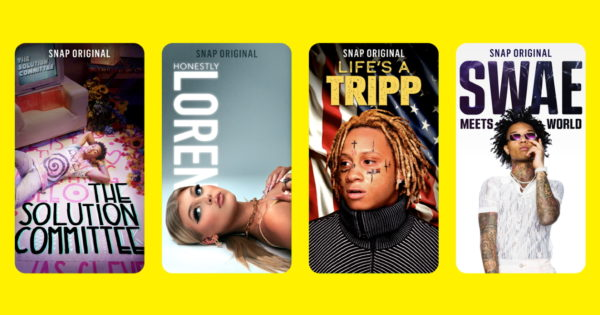 The new additions will include 'Honestly Loren', starring Loren Gray, a docu-series on social change in America fronted by rapper Trippie Redd, and a new show from Jaden Smith.

These new programs will hold significant appeal to Snapchat's audience, and as noted, will further enhance the potential value of First Commercial as a targeted option to reach more consumers with your messaging.

You can read more about First Commercial here, and more about Snap's coming shows at this link.