The COVID-19 pandemic has lead to a significant increase in our reliance on digital connectivity, with some estimating that it's accelerated the growth of eCommerce by five years. Each year, more and more people were shopping online already, but now, it's become second-nature to most, and that could lead to a significant shift, even once physical stores are able to re-open, forcing a re-assessment of B2C processes.

If you're looking to connect with shoppers, you need to be considering these behavioral shifts - and this week, Snapchat has provided some new insight into how its users have changed their habits as a result. Which, given Snap's younger user base, could be one of the most indicative reports of rising retail trends that you're going to see - here's a look at the findings, broken down by region.

First off, Snapchat says that an increasing number of its users are now looking to shop online:

"One-third of Snapchatters globally report that they're making more purchases on their phones than they previously had. Buying online is the preference in a majority of countries, especially in markets like Malaysia (72%), the UK (71%), and in the Netherlands (69%)." 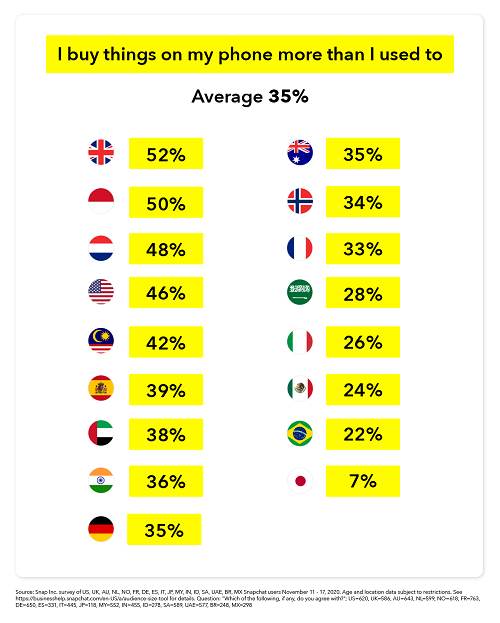 Snap additionally notes that the favored retailers among its users are Nike, Amazon, Adidas, and Zara, which provides some extra insight into what Snapchat's audience is looking for, and their spending capacity, based on brand affiliation.

In addition to this, Snapchat also notes that the influence of friends' on Snapchatters' purchase decisions is also a significant factor:

"[Snapchatters] often get their friends’ opinions before they buy things, and large numbers say that their friends rely on them when deciding what to buy or use. And Snapchat itself is a part of this inspiration, with those in the KSA and UAE the most likely to say that they have purchased something they have seen on Snapchat." 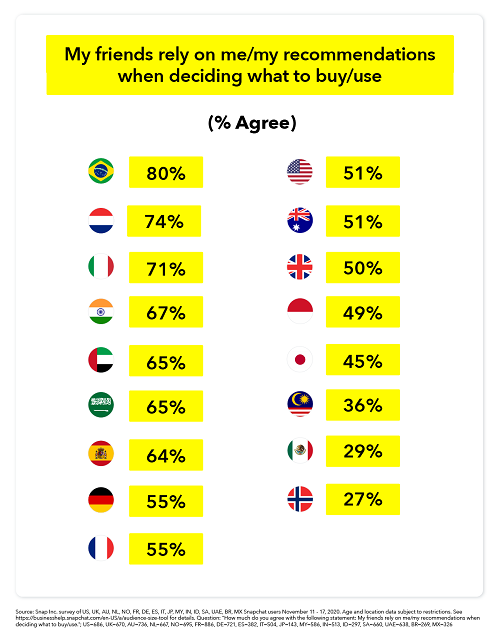 Given its capacity to connect smaller, more intimate groups of younger users, this is a significant consideration, and while the overall trends here are likely as you would expect, it's interesting to view the regional breakdowns, and to get some more specific insights on how the app can influence purchase decisions.

You can read more in Snapchat's full study report here, which could provide some additional considerations for your 2021 strategy.

And with Snap making a bigger push into eCommerce, these data points could become significantly more important in the near future.