In what could be seen as another concession that Facebook is winning the war between the two companies, Snap Inc. has rolled out an update which removes the white border from older content re-posted from your Camera Roll.

Originally, when Snapchat announced Memories – a major shift in the app’s real-time, ‘in-the-moment’ focus - any content posted from your older, saved Snaps, or from your Camera Roll, would appear with a white border, signifying that it was, in fact, older content. Snap updated this policy last April, so that Snaps re-posted from Memories would show up without the white border, though images from your Camera Roll would still have it.

Now all Snaps will appear without the border, with either the signifier ‘from Camera Roll’ or ‘from Memories’ highlighted in the top left of the image.

Given that Memories content was already showing without the border, it’s not a major shift - though it is more in line with Instagram’s moves towards giving Stories content a longer lifespan, with their ‘Stories Archive’ and ‘Highlights’ options enabling broader use, and re-use, of the formerly ephemeral content. 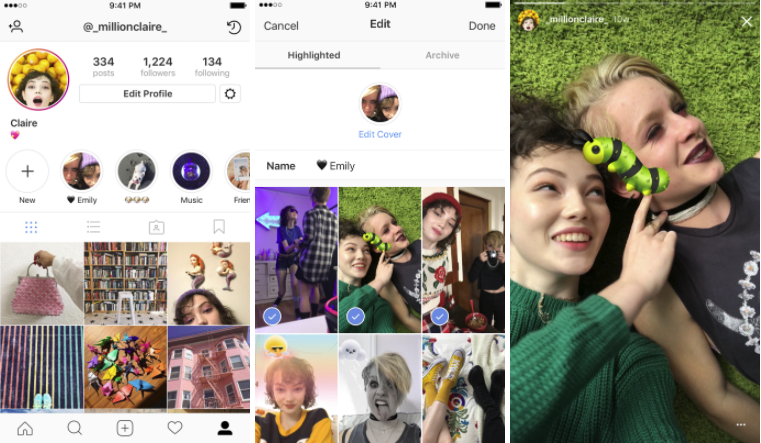 Snap has likely established that immediacy is no longer a major priority, or concern among their users, which is in line with the app’s wider trend away from disappearing content. Snaps which appear in public stories, for example, can now stay active for up to 30 days, while they can also be embedded outside the app itself in some cases, further shifting away from the app’s privacy-based roots.

That makes sense from a business perspective – Snap Inc. needs to better showcase the content on offer within its app to get more people using it – but it also comes with a level of risk.

Originally, Snapchat’s appeal was as the 'anti-Facebook' – with more and more people signing on to The Social Network, younger users, in particular, sought a new place where they could hang out and share content away from the prying eyes of their relatives and former acquaintances. Snap’s disappearing content, and less-intuitive user interface, gave them that space, but as the app’s business interests have increased, so too is it becoming less differentiated from the other offerings on the market.

And as that happens, it’s also moving more and more into direct competition with Facebook and Instagram, a battle it likely can't win.

This far, the impacts for Snapchat have not been significant – while the app’s not growing as fast as it had been, it’s not necessarily losing audience either, as highlighted by recent data published by The Daily Beast.

But then again, feedback about the app’s coming re-design – seemingly aimed at better monetizing its strengths – has thus far not been great. It’s difficult to tell, at this stage, whether following Instagram’s lead is the path to improved performance for Snap, or obsolescence.

As noted, this particular update is not a huge change, but still, it’s another indicator that the tide of innovation may be shifting, that Facebook may now be the one causing those ripples. That’s likely not the position Snap wants to be in – but maybe, as a listed entity, it now has little choice.