The 2022 FIFA World Cup is fast approaching (beginning 11/20), which means that you can soon expect your social feeds to be flooded with World Cup-related updates, from fans who’ve been waiting four years to show their support for their home nation in the world’s biggest football tournament (or ‘soccer’ if you’re in the US).

And Twitter is where many fans will be keeping up with the latest news and updates, with the fast-moving tweet feed providing the best platform for keeping up to date.

And already, the World Cup hype is rising in the app, with Twitter today publishing a new set of insights on the World Cup conversation, and which teams are sparking the most interest, which could be worth considering in your planning around the event.

Because again, a lot of people are going to be tweeting about the World Cup. It may be worth looking at tie-in opportunities to connect with these trends.

First off, Mexico has been the most tweeted about team thus far, with England and Brazil coming in second and third respectively. 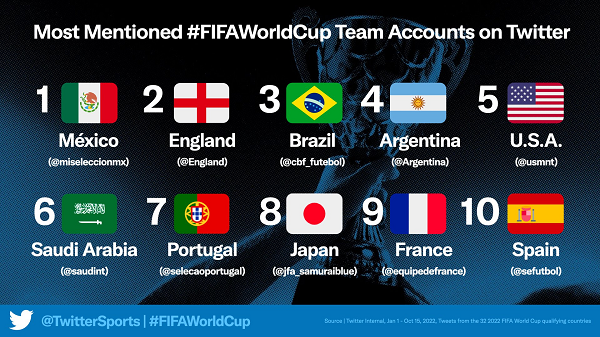 Which seems surprising, given the dominance of football in European nations - but the World Cup gives fans a chance to support teams and players in all new ways, and Mexican fans are clearly passionate about their team this year. 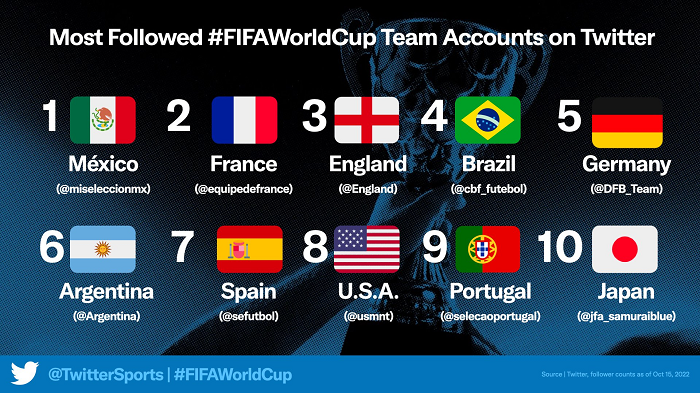 While Japanese users are the most likely to add the soccer ball emoji – which may not be the best measure of relative engagement. But it is another factor to consider. 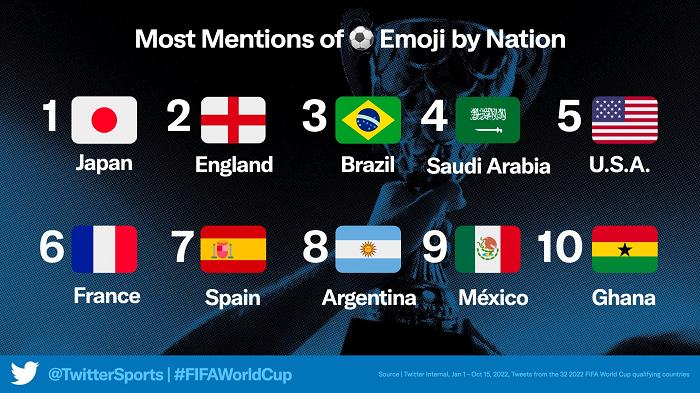 Finally, US users are using the #FIFAWorldCup hashtag more than anybody else. 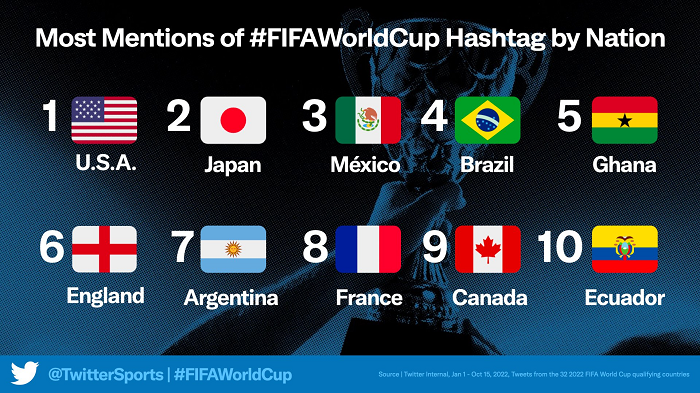 These are some interesting notes on the rising World Cup hype, while Twitter has also provided some previous data on World Cup engagement, and how fans are gearing up for the event.

It could be worth considering your brand tie-in opportunities, because it is going to be one of the biggest – of not the biggest – cultural event on Twitter in 2022.

You can read more about brand planning for the World Cup here.