Twitter's Testing a New Format for Moments, Which Moves Away from Side Scrolling

Twitter seems a bit confused about Moments, and what they want it to be.

Actually, no, they’ve been very clear about what they’d like Moments to be from the start – a simplified way to showcase the best of what Twitter has to offer, making it easier for non-users to see why they might want to sign-up.

But despite its promise, and the hype around Moments’ launch, it’s never really lived up to expectations.

Twitter somewhat conceded this earlier this year with the launch of ‘Explore’, which replaced the Moments tab in the app, and demoted Moments to a secondary element within it. 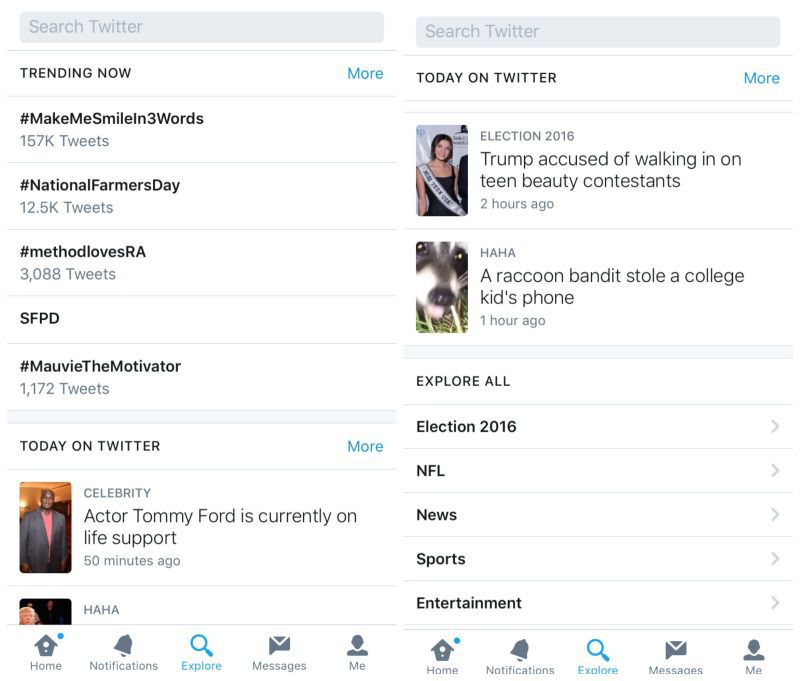 Moments is still there, and it’s still used by a lot of people, but it lost its prime position, which would suggest that its popularity didn’t justify that placement.

And now, Twitter looks to be refining Moments again, with confirmation that they’re testing an option to move away from the vertical presentation format, and towards a more Twitter-like stream. 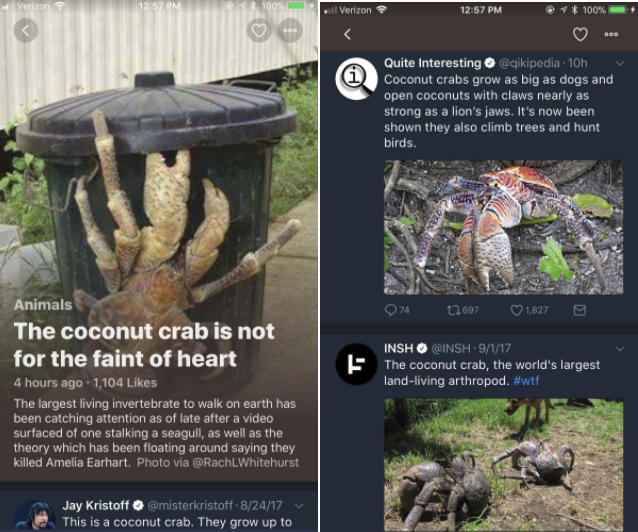 As you can see here (if you’re not distracted by the frightening size of the coconut crab), the test format makes Moments look more like regular tweets – for comparison, here’s how a normal Moment looks. 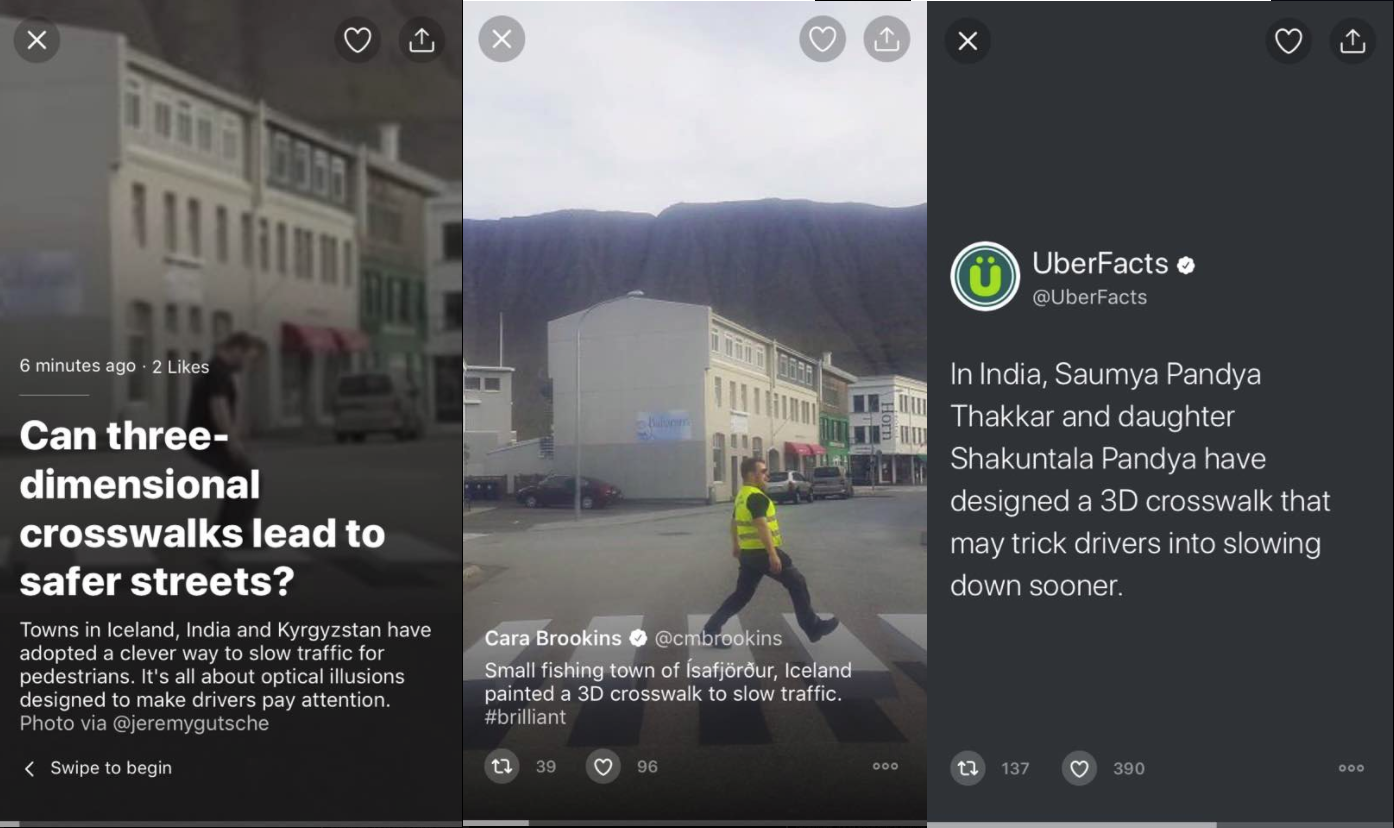 As you can see, in a normal Moment, the images would be expanded to form a full-screen, vertical background (image size dependent), and you’d scroll right to move through them. In this new iteration, the tweets stay in their regular format, and you scroll down to view the thread.

“We're experimenting with a new vertical format for Moments, based on research that shows Moments may be easier to consume if they are more consistent with the Twitter experience. This new format will continue to showcase curated stories about what's happening — the content in Moments remains the same.”

The content and process of creating Moments remains the same, but the presentation is very different.

So is this a good or bad move – or does it even matter at all?

In some ways, it’d be disappointing to see this format adopted. While, as noted, Moments has never taken off as Twitter would have hoped, it can still be a good option for presenting information, with some interesting formatting tools to better showcase tweet content. 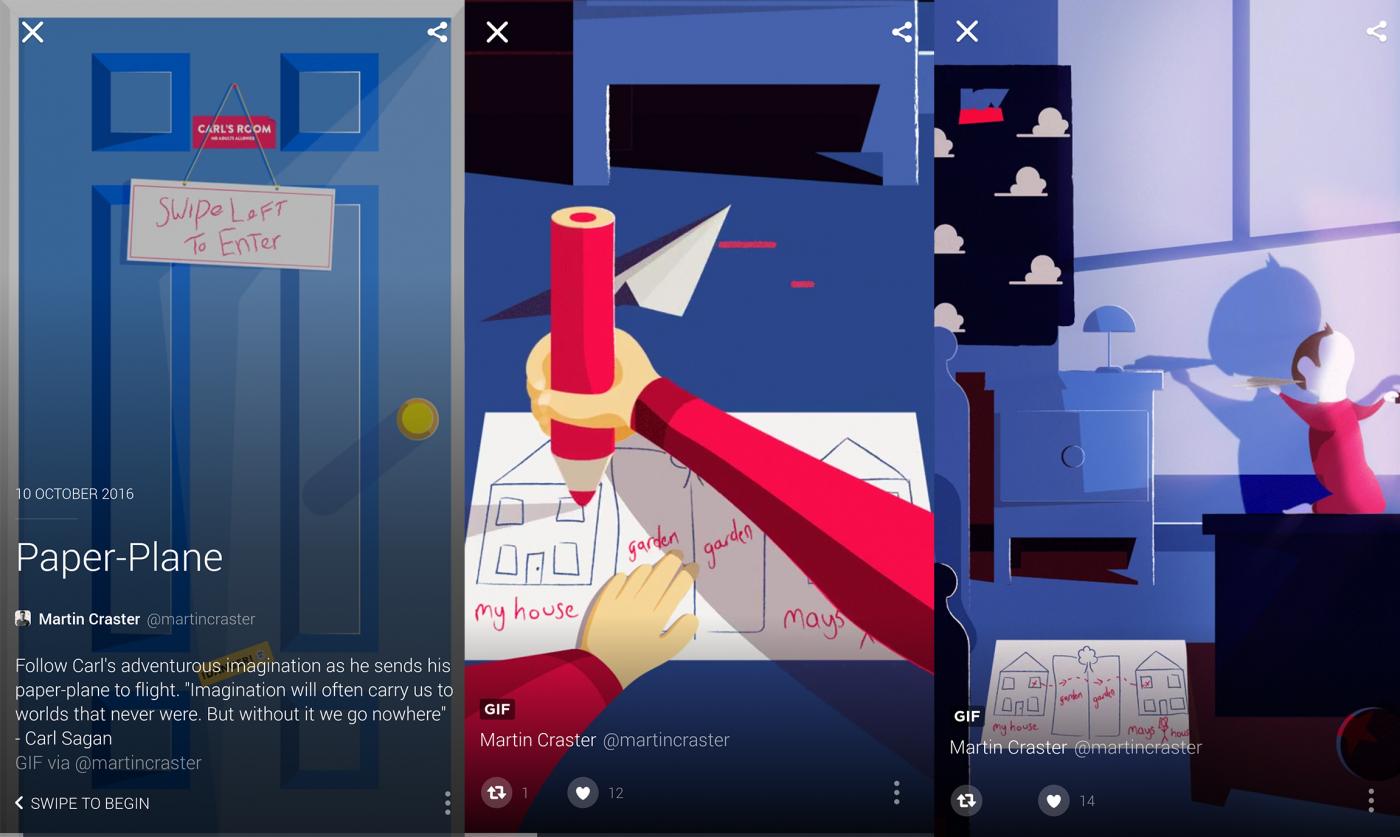 But that, of course, is largely irrelevant if no one’s looking at them. When first launched, Moments sought to tap into the rising trend of vertical presentation, largely popularized by Snapchat, and given Snapchat’s ongoing pull among younger users, you’d expect the format’s lure to also maintain its hold – Instagram’s clearly seeing benefit from the same with their Stories.

But as Twitter points to, maybe that just isn’t the way people use Twitter, maybe the number of plain text tweets appearing in Moments format has diluted the option, somewhat – you can see an example in the 3D crosswalk Moment above, where a plain text tweet, with no image background, is tacked in amongst the more visual elements.

Maybe, Twitter’s right, and the new format could give Moments a new push, even make it a more relevant marketing consideration – Twitter says that Moments usage has continued to increase after the introduction of ‘Explore’ (though they’ve not released usage numbers on this). But it seems unlikely that Moments will become a larger marketing focus – and even if Moments were to see a jump in adoption because of this change, it still wouldn’t present many new presentation opportunities for branded content.

But then again, Twitter has the data, they know what users are coming to Moments for. It’d be a shame to lose the vertical presentation format as an option, but Moments still seems to have a place within Twitter Explore. It may still provide more value in a simplified, streamlined form.