If you haven't heard by now, live-streaming is an important consideration for your social media marketing strategy. Video content, in general, is now the best performing content type on most social platforms, but live-streaming, in particular, has been given increased emphasis, with Facebook giving live content an extra reach boost and Twitter looking to put more emphasis on live content via dedicated alerts and space within the app.

What's more, the opportunities of live-streaming are set to increase as the platforms put more focus on video content, and on merging traditional TV-style broadcasting within offerings. While some reports have suggested that the take-up of live-streaming hasn't seen the growth the networks had hoped, the emphasis on new, original content from established studios and publishers will make it a more enticing option, as your live-stream content will have the potential to be shown alongside these high traffic broadcasts as a recommended option.

This will make it easier to reach a wider, more relevant audience with your live-streams. It's not necessarily easy to create compelling live content - and do it consistently - but the potential benefits can be significant, if you're able to dedicate the time and effort to the process.

To help you get started, Twitter has published a new, five-step guide for going live on Periscope, with key tips to help improve your live content.

Here are Twitter's five Periscope tips - worth keeping in mind as you consider your live strategy.

There's no point broadcasting if no one knows you're live - and while a spontaneous, in the moment live-stream might be effective for individuals, for your business account, you're better off sending out alerts and ensuring your audience knows when to tune in.

Be sure to catch us at 5:30 to hear about internships on Periscope! pic.twitter.com/QhNDxNh7Kt

Send a note out in your groups, on your social pages, to your e-mail list. If you have great live content, you need to share it with the widest possible audience, as this will help drive engagement and get your brand message seen by more users. 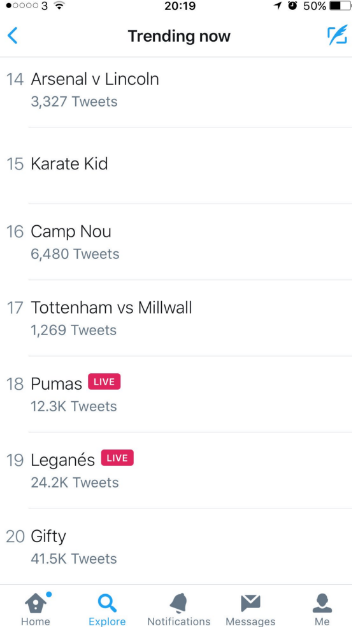 When you're streaming, you need to have everything set up and in place beforehand - otherwise your stream will come across as unprofessional, and you'll lose viewers fast.

Twitter advises that you should ensure you do the following ahead of any stream:

You should also ensure you're in an area with strong connection strength - you don't want to be dropping out or losing stream quality midway through.

Twitter does note that viewers aren't necessarily expecting a completely polished performance - a level of unpredictability is part of what makes live content great - but it is worth ensuring you take the time to cover all the basics to avoid turning your viewers off with poor production values.

This is likely a far less often considered element. Back in October, Periscope launched 'Periscope Producer', a new tool which, among other things, enables broadcasters to stream content direct to Periscope via a wide range of devices beyond the basic mobile device - including professional grade cameras, studio editing rigs, satellite trucks, desktop streaming software, games and VR headsets. 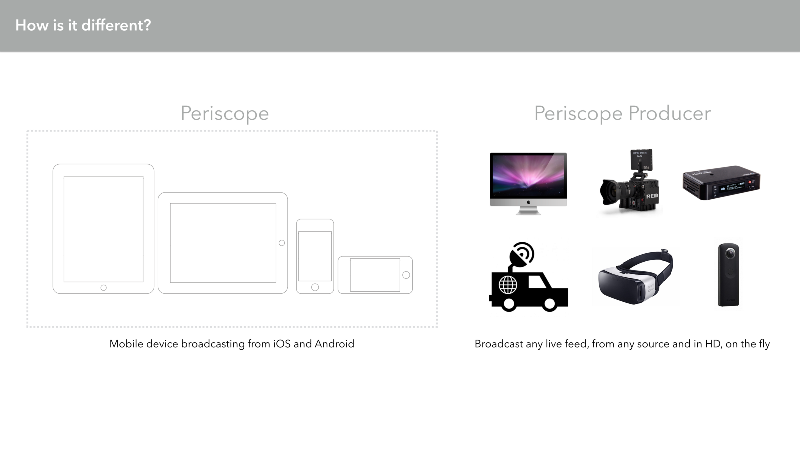 Through this, creators can add new broadcast elements like graphics, and record in higher resolution, improving the quality of your stream.

In addition to this, Twitter's also looking to open up their live API soon, which will provide even more opportunity to stream higher quality content direct through Periscope.

To help get a better understanding of how to utilize Periscope Producer, here's a tutorial from creator Alex Pettitt.

Emojis have proven very popular on Twitter, with more than 110 billion emoji tweeted since 2014 - which makes sense, given the character constraints of Twitter and the capacity for emoji to help express more within fewer words.

Your broadcast title also helps people find your content when conducting a search, and sets a clear expectation of what you're sharing, helping you connect with the right viewers.

As live video autoplays in the Twitter stream, you need to try and catch people as they scroll, so the opening frames are important.

"Avoid long start times, drawn out countdowns, or significant periods of lag to keep people engaged in your broadcast."

Facebook describes this as 'thumb stopping' content, and their stats show similar - 65% of people who watch the first three seconds of a video will watch for at least ten seconds. You need to give them a good reason to stick around.

Twitter provides this video from Monterey Aquarium as a good example.

Sea For Yourself! - Sea otters in the morning! https://t.co/hqAzijRETV

There are some good notes in here for live-stream creators, some key considerations to keep in mind to help maximize your broadcast.

As noted, it's not easy to stream quality content, but the benefits of doing so can be significant.

It's worth considering how your brand might be able to utilize streaming in your outreach process.