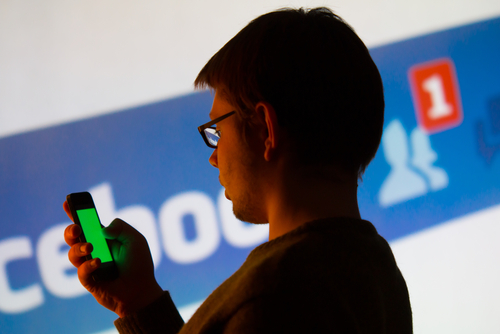 Given the increases in engagement figures, it's no surprise that Facebook has put a major emphasis on video content over the last six months. Back in April, The Social Network reported that it's now serving, on average, four billion video views per day, with 75% of them on mobile. This was up from the three billion views they reported at the end of 2014. The introduction of autoplay video and embeddable Facebook video content has changed the Facebook landscape, making it increasingly more of a video platform and putting in direct competition with long-time online video title holder YouTube. But one element that's held Facebook's video dominance back has been the lack of specific metrics for video content or issues with data accuracy in Facebook's video tracking data. Zuckerberg and Co have moved to fix this, introducing a new video analytics dashboard within Page Insights.

Facebook's new video insights, available on a separate tab within your Page Insights dashboard, will provide page owners and admins with a range of data on video content performance including:

Such insights will be invaluable for marketers looking to better utilize video as part of their Facebook strategy - and a growing number of brands are doing just that, with Facebook video among the most engaging content options available on the platform at present. And in times of these times of organic reach disintegration, we need all the engagement we can get. 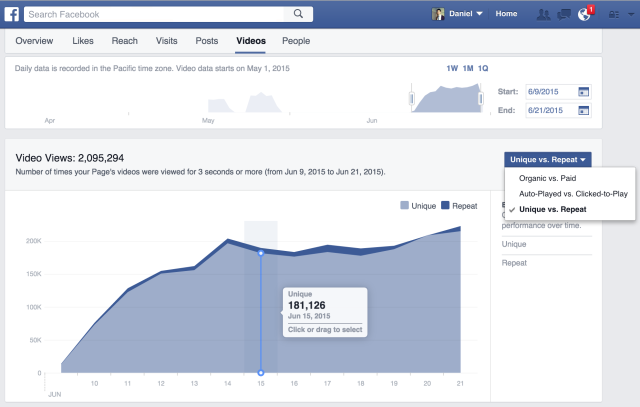 In the official announcement, Facebook breaks down the metrics available, saying that:

"In the past, Page owners have only been able to see metrics on a per video basis. With this new tab, they will now be able to understand views and 30-second views in aggregate at the Page level based on any custom date range as well."

The data can be broken down to 'organic versus paid', 'auto-played versus click-to-play' and 'unique vs. repeat views'. Page admins will also be able to break view activity by time periods, enabling brands to get a more comprehensive understanding of what's working, and when, with their Facebook video content. The data will also allow highlight historic performance benchmarks, enabling page owners to see how their content is performing against averages.

Page admins will also be able to access an overview of top videos based on reach, views or average completion rates, narrowed down to specific date ranges as required, along with the same stats on videos that have been shared from other pages - which is a solid addition to the data.

This is great and valuable insight, and will go a long way to helping pages better understand and manage their video content on Facebook. There have been reported issues in recent times with Facebook video metrics not showing up accurate data, particularly when exporting data from extended periods of time. But Facebook has attributed those reports to system glitches which have been alleviated as part of this overhaul of video metrics.

The addition of detailed Facebook video metrics will be a boost for brands looking to get the most out of their video content on the platform. As evident in the numbers, the value Facebook video is increasing, and we've seen other platforms like Twitter moving to integrate autoplay content following Facebook's leading, reinforcing the potential value of this approach. Reports have even suggested that Facebook may soon beat out YouTube in online video advertising, with Facebook on track to outpace Google's video giant in the near future. There are even suggestions that Facebook may be considering its own live-streaming option to compete with the likes of Meerkat and Periscope, though such a feature is very speculative at this stage.

Improved mobile connectivity means video is now widely accessible, and is becoming the ideal communications medium to reach your audience. If you're not utilizing or thinking about utilizing video content in your Facebook marketing mix, it may be time, with the introduction of improved metrics, to consider it. The ease of production and distribution of video content is quickly making it an expected element - and even if it doesn't work for your audience, now you'll have the numbers to make a more informed decision on its potential for your brand.