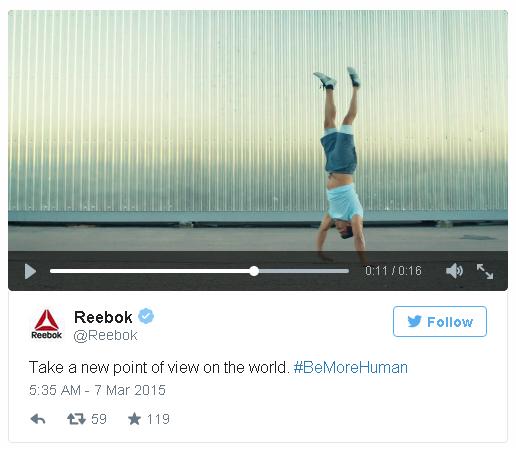 Video content is where it's at in 2015. Video on Facebook performs better than any other content type, live-streaming video is the next big thing. In line with this trend, Twitter has also seen an uptick in video engagement. Boosted by the switch to autoplay video on the network back in June, research has shown that up to 82% of Twitter users now consumer video on the site - with 90% of those views happening on mobile devices.

Given the stats, there's a strong case to be made for adding Twitter video into your marketing mix. To help maximize the performance of your Twitter video campaigns, the micro-blog giant has released a new guide and infographic looking at the most common elements of the best performing Promoted Videos on the platform. The tips are focused on 'Promoted Video', but really, they apply to video content in any form on Twitter, and there are some great insights for those looking to generate better response from video on the platform. And with research showing that Twitter users exposed to branded video content have 28% higher purchase intent that the online norm, it definitely is an element worth considering.

Tale of the Tape

In order to get an overview of Promoted Video landscape, Twitter partnered with Dentsu Aegis Network and Nielsen to look at what specific video elements influence Twitter users to engage with video content. Researchers looked a range of signals - 'from eye movement to survey response measures' - in order to identify the critical cues that contribute to the success of video content on the platform and narrowed those findings down to five key elements of focus: 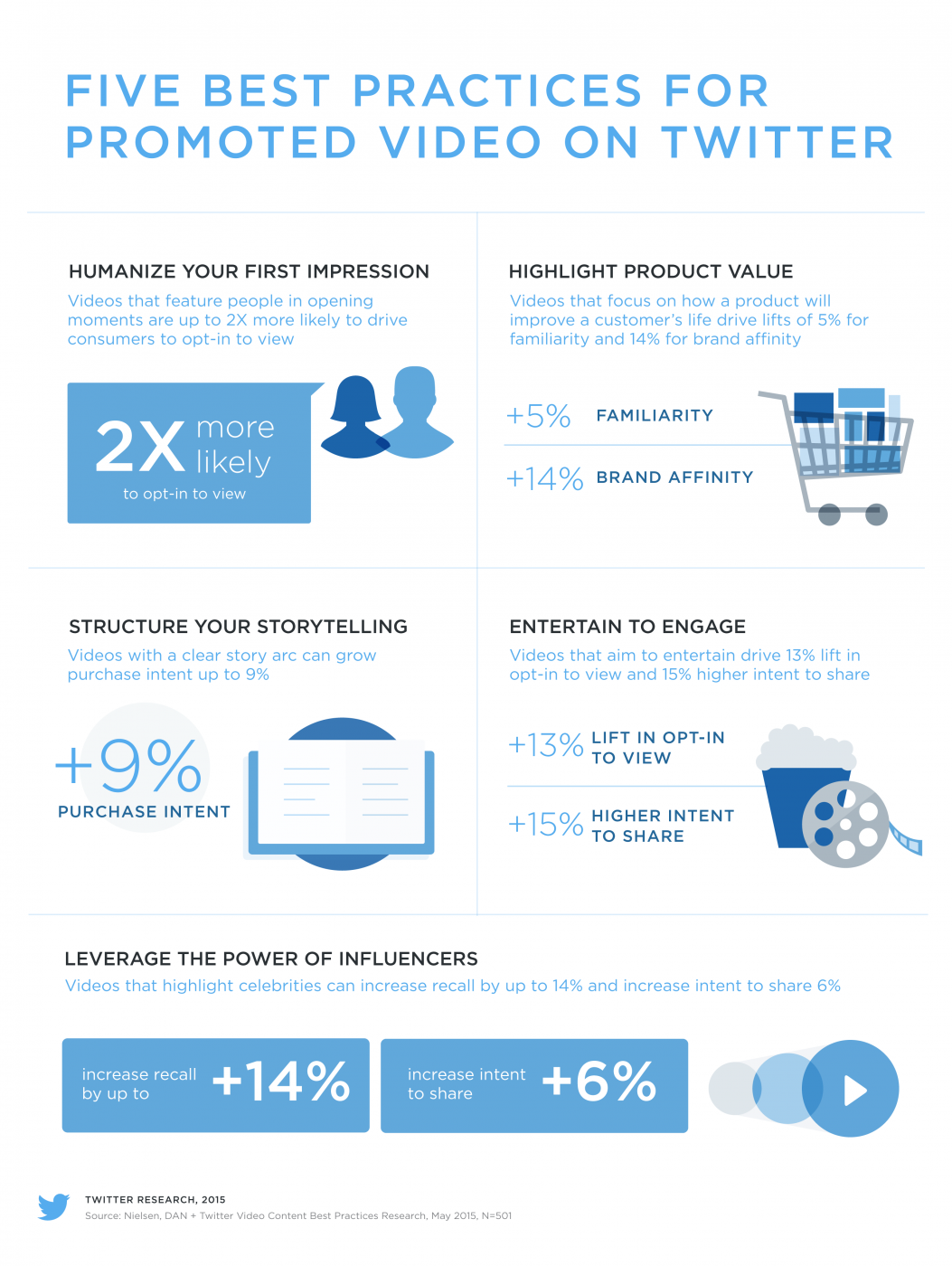 Looking at them more closely, the five key elements are:

1. "Make a human first impression to draw consumers in"

"Humanizing your brand on Twitter is an evergreen best practice because it consistently drives engagement. It's not surprising that Promoted Videos featuring people in their opening scenes (especially those with a close-up on faces) are up to 2X more likely to drive consumers to opt in to view beyond the first few seconds of video play."

This is an interesting observation, the fact that showing a person's face can drive more engagement, as it immediately connects the viewer to the human element of the content. This definitely goes some way to explaining why we see so many close-ups in videos, and it makes sense - we get a better sense of trust through eye contact, seeing others face-to-face. Establishing that connection can be a powerful draw.

2. "Highlight how your product delivers value to increase recall"

Highlighting utility - your brand/product's place in the consumers' world - is always a good way to communicate your value proposition. The researchers found that videos which clearly demonstrate how a product or service can improve a consumer's life drove a 5% increase in familiarity and a 14% lift in brand affinity.

To highlight this, Twitter shared the below video from Microsoft for their new 'Surface 3' tablet, which saw significant increases in both familiarity and recall among Twitter users.

Meet the new Surface 3, a perfect balance of performance and value. From $499. Pre-order now: http://t.co/gMUrwk5sya https://t.co/6LkmEKQYmD

Storytelling has become something of a buzz term in recent years, but the core principle of telling a story is that it enables your audience to relate and gives them a way in to the 'why' of your brand which builds more sticky relationships. People want to be part of wider experiences, they want to feel something beyond just the transactional relationship alone. A recent report by Walker noted that "By 2020, customer experience will overtake price as the key brand differentiator". People in the social media era, more empowered than any generation before them to research and understand products and services, they're looking for more from brands. Storytelling has become a key element of this.

In line with the trend, the researchers found that Promoted Videos with a clear story arc drove a 9% lift in purchase intent.

"What does that mean for advertisers? Create videos that include a clear beginning, middle, and end. Take consumers on a narrative journey and deliver a resolution. This approach tends be the most successful in making a lasting impression and driving earned impressions through Retweets."

4. "Serve up high-energy entertainment to engage"

Twitter's last two points are a little more restrictive, in terms of general applicability. For this point, the researchers have highlighted that Promoted Videos which "mimicked the evocative tone and high energy of television and film promotional spots" drove better engagement. Which makes sense - the compelling nature of movies and TV shows lends itself perfectly to shorter form, teaser-type ads which can draw the viewer in. But this is somewhat more difficult for brands outside of that industry to achieve. Summarizing this as 'videos that aim to entertain' is a little vague and probably not highly useful for most brands, but it does underline the importance of storytelling to get your audience hooked.

And the last point gleaned from the research is that:

"Videos that highlight celebrities or influencers can improve brand health, boasting recall up to 14% above benchmark and intent to share 6%. Be sure to establish brand context through visual or audio cues to reinforce the connection between the influencer and brand."

No surprises there - using celebrities, and their expanded followings, to boost your brand message is a very effective tactic to increase views of your content and widen the spread of your message. If you can use celebrities or influencers to boost your brand reach, you definitely should, however this is, of course, not an option for all brands.

Twitter's Promoted Video tips offer some great pointers on video production and, specifically, what's resonating best on the platform. While some are a bit more advanced than others, the reinforcement of these best practices, through official research on platform engagement, does underline the value of video on Twitter and how it can best be utilized. And as noted, while the focus here is on Promoted Video, these tips will work just fine for non-promoted video content as well.