Facebook Releases Guide on How to Maximize Local Awareness Ads

Almost a year ago, Facebook introduced a new ad offering called 'Local Awareness Ads'. Just as it sounds, Local Awareness Ads make it easier for Facebook advertisers to reach audiences in the area immediately surrounding their place/s of business - as per the original release:

"Local awareness ads are built to be more cost-effective than traditional advertising channels like newspaper while offering more precise targeting and greater reach."

Since then, Facebook has improved the Local Awareness Ads offering, with updated targeting and new call to action button options, including the introduction of the 'Send Message' CTA just last month. So how are businesses using Local Awareness Ads? In order to showcase the benefits of focusing on your nearby audiences, Facebook has released a new blog post which highlights eight ways brands are seeing success with the option, with some good ideas on how to employ the offering to best effect.

1. 'Encourage people to shop in store'

Utilizing the 'Get Directions' call to action button, UGG Australia ran Local Awareness Ads last holiday season, urging Facebook users in the areas around their flagship stores to 'Walk, Skip or Dance' in to check out their offerings. 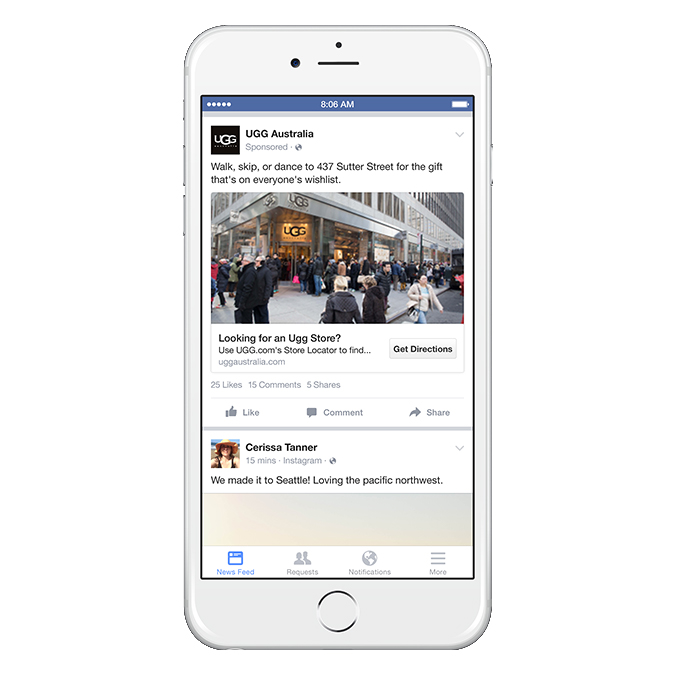 The campaign, according to UGG Australia VP of Consumer Engagement Jim Davis, resulted in a 3X return on ad spend. This is probably the most basic and common use of Local Awareness Ads, and it can, as evident by the figures, be effective. Using an ad which showcases a specific store can also be beneficial in this sense - this is a location which these people likely pass every day, that they've seen before. That type of recognition can make the ad stand out in a user's News Feed, and implore them to either click through or maybe stick in their minds as they're going about their day-to-day business.

That local individualization is an important factor, and one which is highlighted again in some of Facebook's further examples of the option.

The second example provided by Facebook is particularly great.

"EI School of Professional Makeup in Los Angeles wanted to connect with 18- to 35-year-olds who had expressed an interest in makeup and lived within driving distance of the school. They turned to local awareness ads and used the "Call Now" call-to-action button to encourage people to learn more about the school." 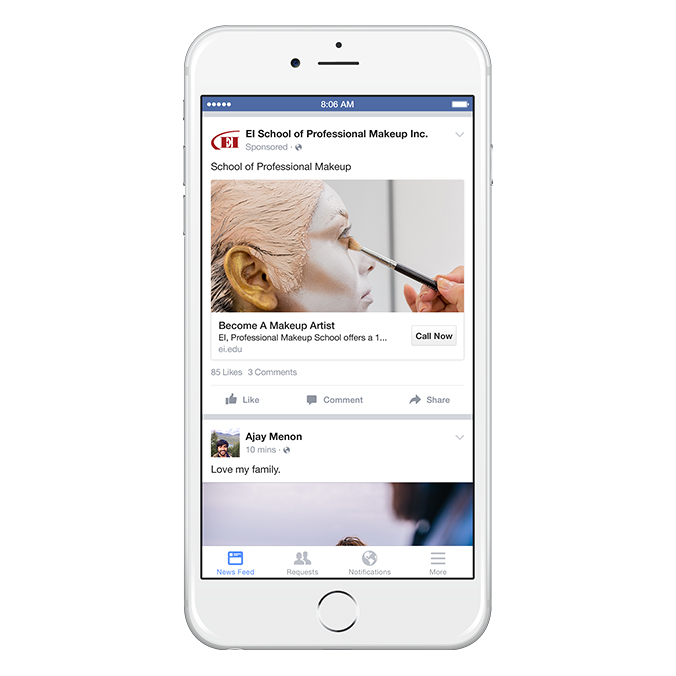 "In just 30 days, The EI School generated almost two million local impressions at a cost of just $0.002 per impression."

This is one of the best ways to use Local Awareness Ads - to capitalize on the interests of those who need resources within a specific geographic radius. Campaigns like this would also benefit from being run at optimum times - over the Christmas/New Year period, for example, or the end of the school year, when people are re-thinking their career options. Targeting of this type is fairly obvious, but as demonstrated by these results, the use of Local Awareness ads in this context can be powerful, and the right call to action can be a crucial element.

Local Awareness Ads can also be used within your wider business strategy to boost on specific stores and regions for maximum effect. In Facebook's post, they highlight how Tire Discounters uses Local Awareness Ads to boost stores that have not yet met monthly quotas. 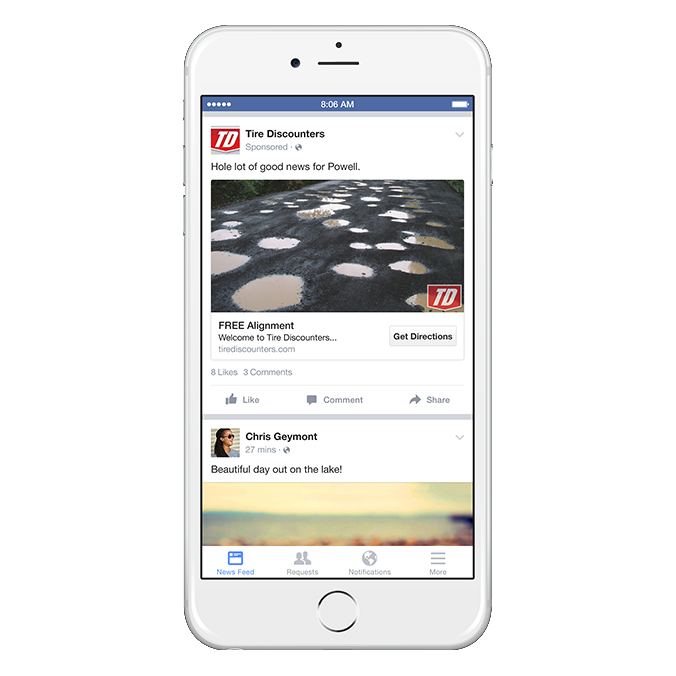 If a store is doing fine, Tire Discounters will switch off their Local Awareness Ads for that region in order to focus their ad spend on the areas of most need.

"Within the first week of using local awareness ads, several of our stores generated their highest average weekly sales for the month. And our cost per impression was two times less than radio and TV impressions."

This is an interesting use of the option, highlighting a different approach, and one which may be of use to larger businesses with presence in multiple locations. Again, as shown in the example, localization is key - mentioning the specific region you're focusing on can increase attention and interaction.

The people who're going to come to your store opening are predominantly going to be people who reside within the surrounding area. As such, focusing specifically on them is a logical approach, and Facebook's targeting options may make it a better option in this regard than other strategies. Facebook highlights Sears Hometown as an example of this. 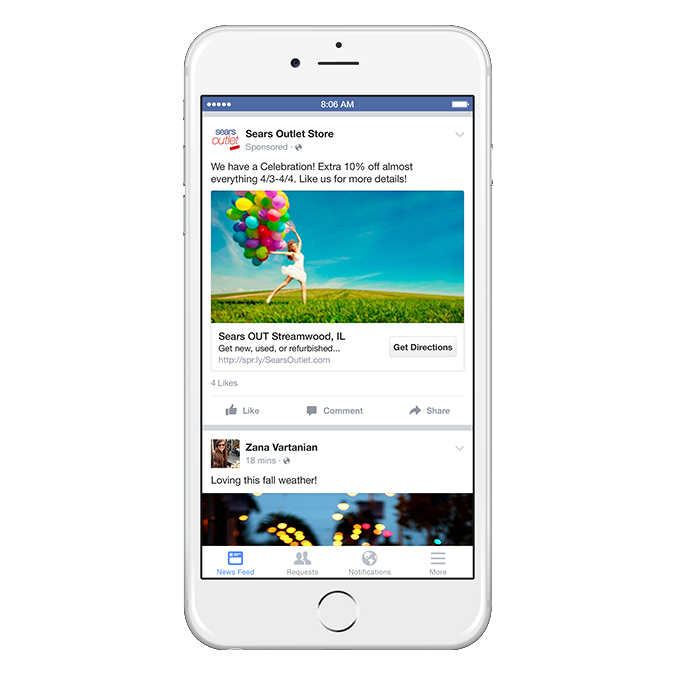 Again, this is an obvious use for Local Awareness Ads, but interesting to consider how this process can be used to best effect. The more specific, relatable and 'local' these ads can be, the better, as people will connect with that local detail in their News Feeds.

5. 'Get the right people to your event'

It's worth noting, with Local Awareness Ads, that brands can target more specifically than just people within a specified area. Hex Performance used the option to advertise an event where they were giving away free samples, but rather than just blanket hit every Facebook user in the immediate vicinity, Hex refined their targeting down to those who'd most likely be interested in their products - adult athletes 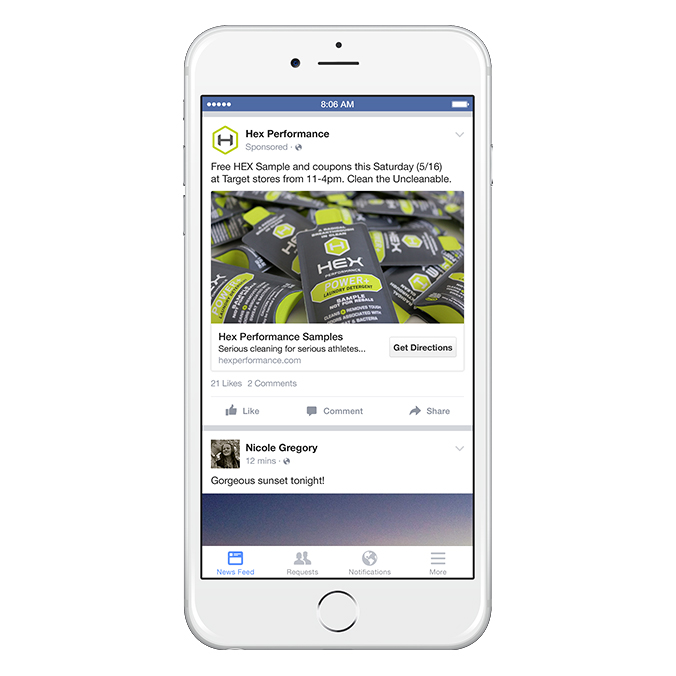 This is the key power of Facebook advertising, the ability to hone your message down to very specific audiences in order to reach the most engaged and interested users. This type of refined focus is available for Local Awareness Ads, so you can narrow down to audiences within your local area specifics, helping achieve better results.

6.' Tell people in the area about things happening now'

This is another great example of putting Local Awareness Ads to best use:

"BarKogi offers brunch and happy hour specials that they want people to know about. And realising that happy hour plans often form in the hours right before and during BarKogi's happy hour-between 4 and 7 p.m.-BarKogi owner, Danny Louie uses local awareness ads to spread the word about happy hour when people are interested in it." 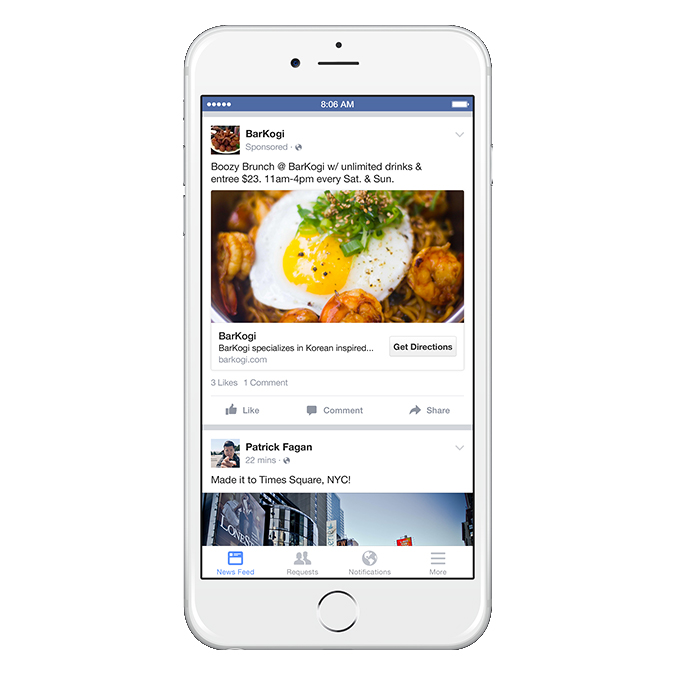 Understanding your audience - and when, specifically, they're most likely to be considering your offering - can be used to great success in conjunction with Local Awareness Ads. Hitting users in an office precinct with details of your lunch specials, deployed at just the right time of day, could produce great results with minimal ad spend, as you can narrow the areas and times for which your ads will be shown.

Familiarization and community are strong factors which can be used to great effect through Local Awareness Ads. The Greater Miami Convention and Visitors Bureau sought to showcase their region to encourage tourism, so they used Local Awareness Ads to call on locals to share their photos, using a specific hashtag. 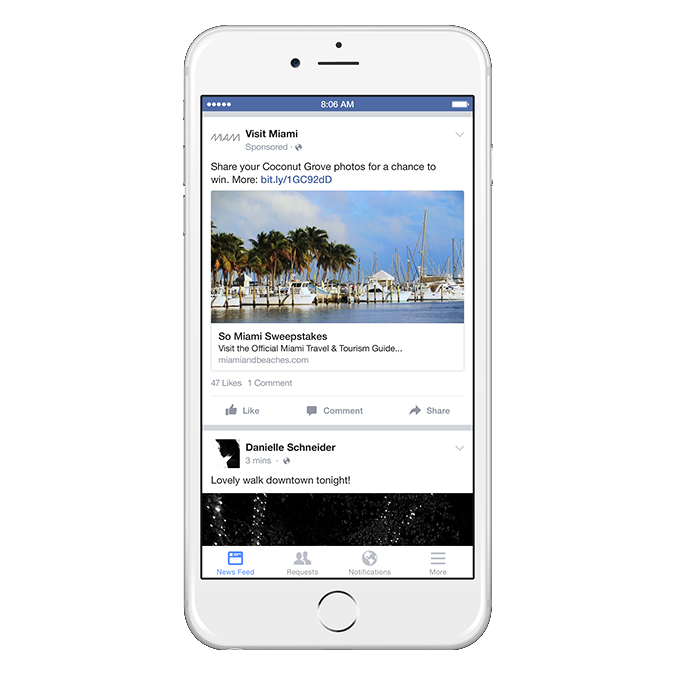 "The campaign garnered more than 7,000 images, 100,000 mentions of neighborhood specific hashtags, and 5.5 million impressions at a [cost per impression] that was 23% lower than previous ad efforts"

8. 'Spread the word about local promotions'

The final example Facebook has provided is of Whole Foods Market, and how they use Local Awareness Ads to let people know about decreased produce prices in certain areas. 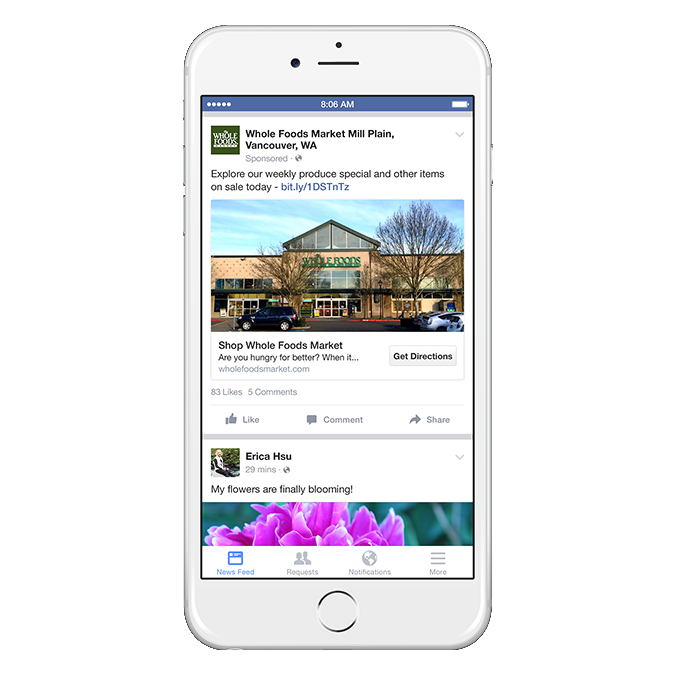 This ad, again, underlines the importance of recognition and regional association. People would have passed by this store many times, and suddenly seeing it in their News Feed creates an immediate connection and compels response. Using the 'Get Directions' CTA, says Whole Foods, has also helped boost their campaigns.

There's great potential in Facebook's Local Awareness Ads. One aspect that many may overlook is the targeting capabilities that exist within Facebook and the ability to reach people based on very specific behaviors and interests. If you know what you're target audience is into, Local Awareness Ads can help you capitalize on that by enabling you to boost engagement through localization of your message through connection with your region. As shown in the examples here, that familiarization can provide a strong lure and connect your audience to your message.

If you haven't considered Local Awareness Ads yet, maybe these examples will get you thinking about the possibilities.