Remember when people were talking about Facebook's pending demise, how the youth were turning away, how people were abandoning the platform in droves. Actually, those kinds of stories come up every few months, but despite such reports, Facebook's actual user data provides a very different picture.

Today, The Social Network has reported its latest audience and revenue numbers, and they show, once again, that the platform is only going from strength-to-strength.

First off, on user numbers - over the last quarter, Facebook has increased its daily active users by forty-one million to 1.32 billion, and their monthly active user total by seventy million to a massive 2.01 billion. 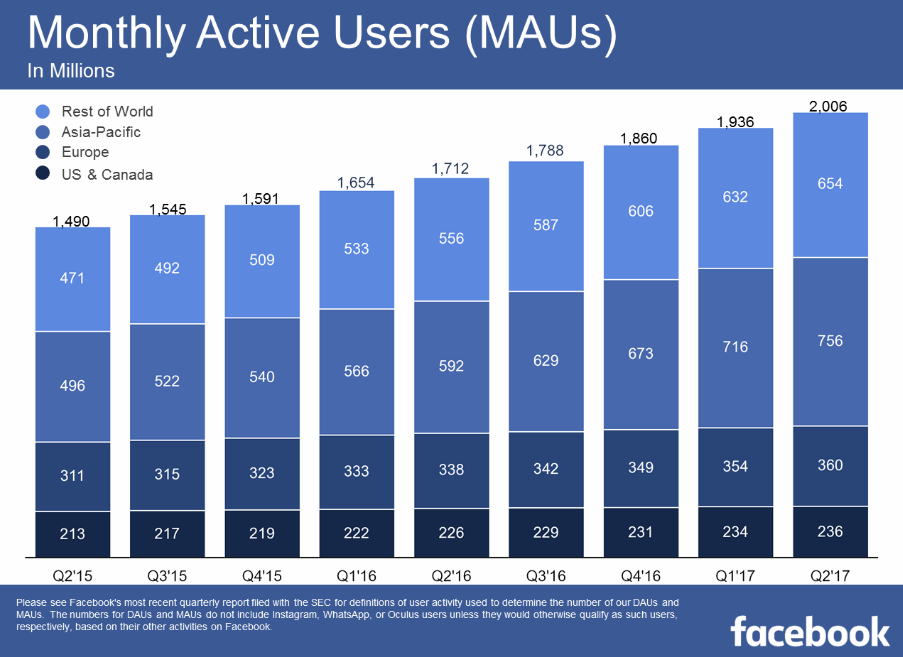 Facebook became the first social network to reach the two billion user milestone last month, but equally impressive here is the engagement level in line with that growth. Looking at the monthly and daily active user comparison, you can see that as Facebook continues to expand their audience, those users remain just as active - the daily active percentage is very slightly down in this report, but remains at 66% in overall terms, which is an amazing result. 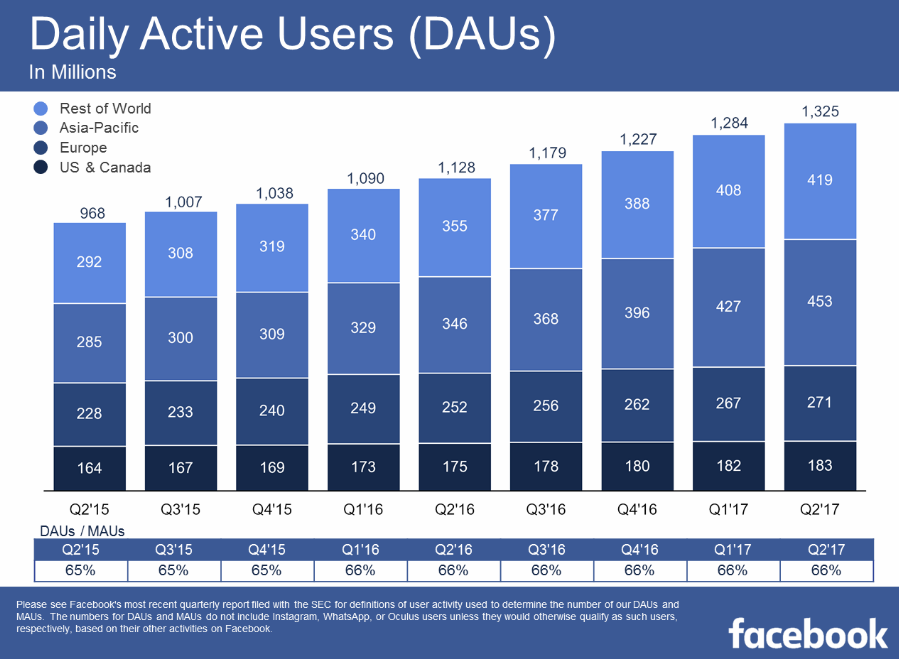 Not only is Facebook adding more users, but those users are coming back, time and time again - and at two billion users, the majority of internet-connected people in the world are now active on Facebook. It's impossible to deny The Social Network's ubiquity. 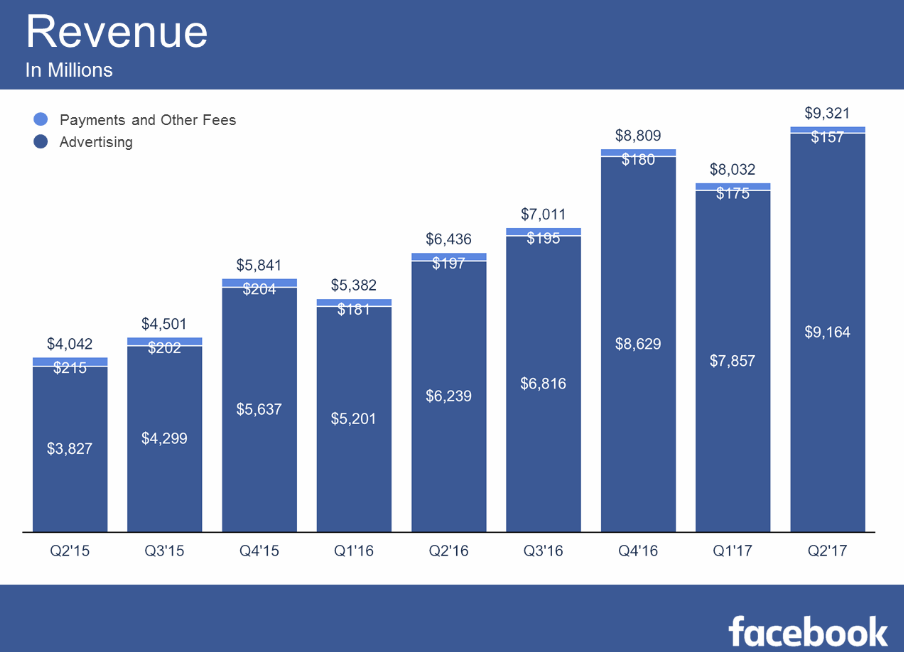 That's down on the growth levels registered in Q2 2016 (59%), which could be due to Facebook reaching its ad limit in the News Feed, something the company flagged last year (and reiterated in today's earnings announcement). That means Facebook will need to find alternate sources of revenue to continue their growth - as you can see from the results, the company's performance is strong, but in order to push the momentum, they'll be looking to alternative options, like Facebook at Work, video ads (though rumors are circulating that Facebook's looking to move away from mid-roll video ads), expanding their exclusive video content efforts and potentially, new AR-based options.

On the video content front, specifically, Bloomberg has reported that Facebook's looking to kick-start its new, TV-style content push in August:

"The company is funding a set of original programs, expected to be displayed outside of a user's news feed in a new video section that's intended to give the company a greater cut of the $70 billion television advertising market."

The move has been rumored for some time - Facebook first showed off their coming video tab in October 2015, with a dedicated section for video within the app.

It's since been made available to some users, but a wider roll-out is the expected next step. Given the figures here, you'd expect Facebook to make a move on this sooner rather than later, and it'll be interesting to see what other ad options the platform provides in conjunction with their newer offerings.

In terms of regional growth, Facebook saw the biggest revenue expansion in the APAC and 'Rest of the World' markets. 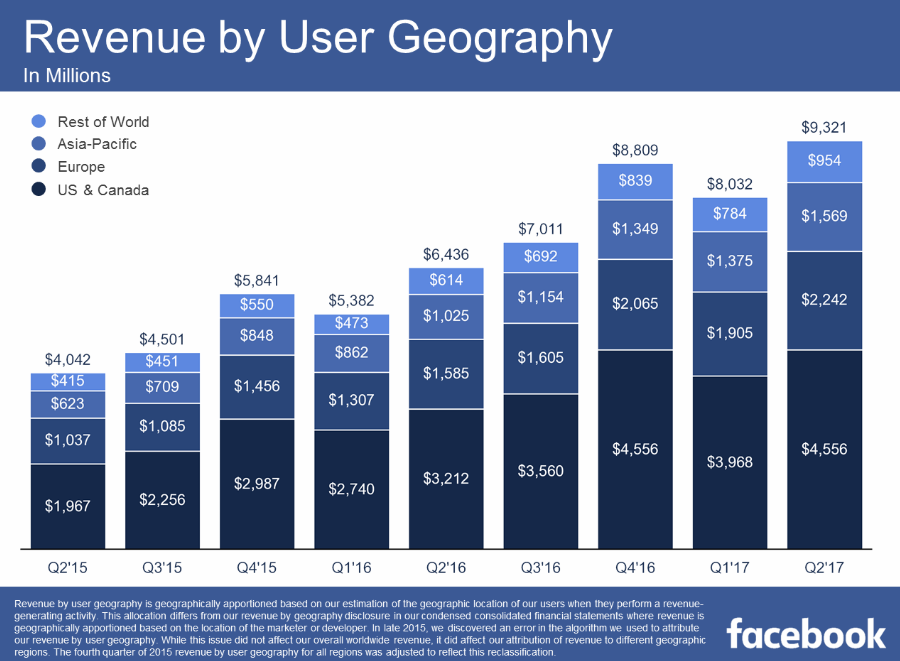 Facebook's international expansion gives them significant advantage in beating out competitors, as Snap Inc. is currently finding out (more below), and their ability to port the platform into new regions is also key to their ongoing growth. Facebook will be very keen to continue their expansion in India, while China, where some thought Facebook had an improving chance of being unblocked, may actually be getting further beyond the realm of possibility given their more recent moves to ban live-streaming.

Also worthy of note: 87% of Facebook's ad revenue now comes from mobile advertising, up from 84% a year ago.

In the accompanying earnings call, Facebook CEO Mark Zuckerberg noted that both Instagram Stories and WhatsApp Status (the app's version of Stories which they launched in February) are now seeing more than 250 million daily users - a strong endorsement of their Snapchat-cloning efforts. While many were surprised that Facebook would so blatantly copy Snapchat's 'Stories' model, it's hard to argue with the numbers - while the growth of WhatsApp Stories is particularly relevant, given the app's reach in international markets. 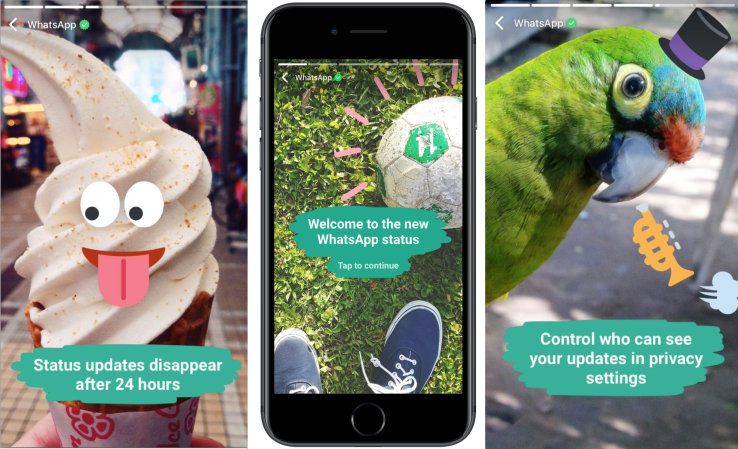 On Messenger, Zuckerberg noted that their monetization efforts are not moving as fast as they had hoped, but that he remains confident they're on the right track. It's no secret that Facebook's Messenger Bots haven't taken off as they seemed to expect, but the opportunities for bots continue to expand, with Facebook rolling out more features to help promote and facilitate bot growth. Time will tell if they become a more significant revenue option - while Facebook also recently rolled out Messenger ads to all users.

Zuckberg also talked about their investments in their Aquila drone technology and new and expanded data centers, which have increased their costs but are necessary for future development.

COO Sheryl Sandberg spoke about the business progress on Facebook, providing an expanded overview of their results, and talking up new opportunities. 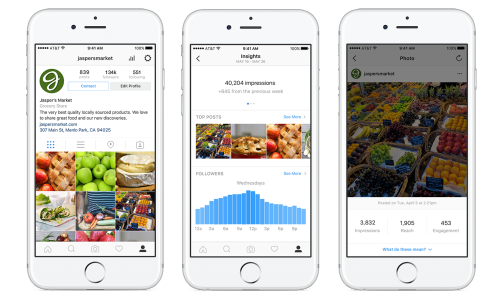 Instagram launched business profiles in June last year, and the rapid growth in their use underlines the rising relevance of the platform.

Sandberg also noted the growth and opportunities of video on Facebook, underlining the capacity for Facebook video to foster enhanced 'connections, conversations and communities'.

Sandberg also highlighted the opportunity of short-form 'snackable' video content on the platform, and the rising opportunity of Instagram Stories ads, which they're looking to expand on.

Overall, it's another impressive earnings result for Facebook, further underlining the platform's position as the leader in the field, and hinting at some future developments on their ad development front - though few details were actually provided on how these new options might work (and when we might see them).

The world's largest social media platform continues to get bigger, and continues to beat out rivals - something which looks set to continue, given the vast resources Zuck and Co are accumulating over time.