Facebook's 'M Suggestions', which it recently rolled out to users in Australia, Canada, South Africa, and the U.K., in addition to the U.S., is getting some new tricks.

Now, the AI-based tool will start suggesting GIFs to use when it detects a relevant opportunity, or suggest you book movie tickets through Fandango when you and your friends are discussing a move night. 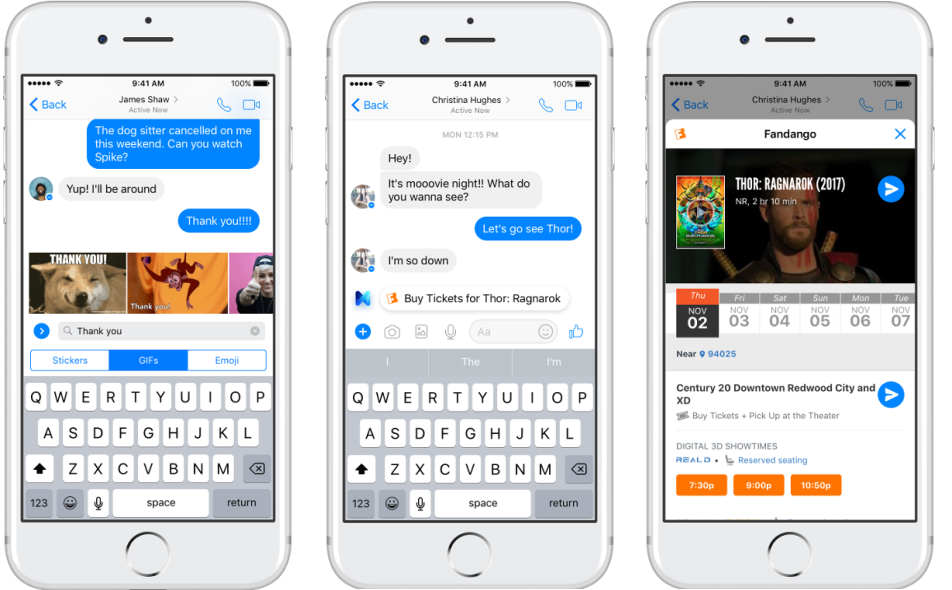 Facebook's also adding its own variation of quick replies, with M determining the context of the discussion and offering up some easy, one-tap responses you can use to simplify the process. 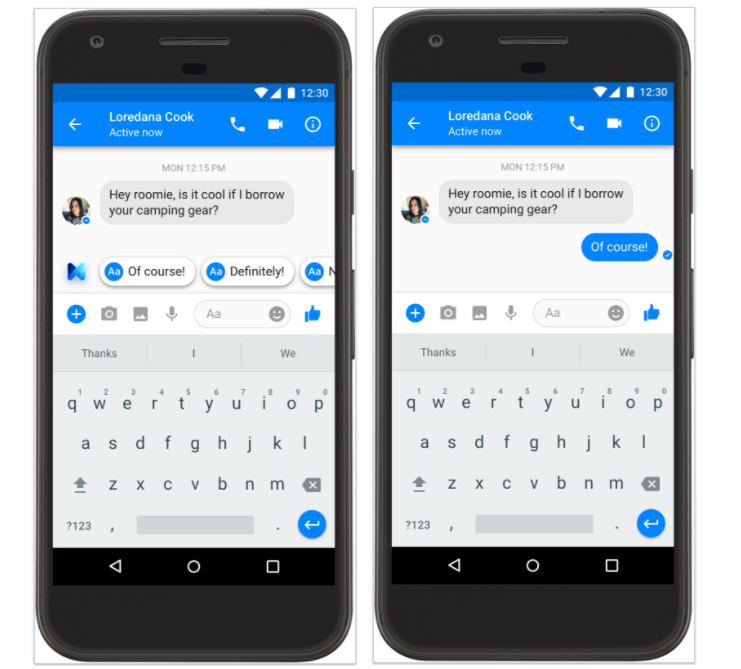 Facebook says the system will recommend each element based on common application - GIFs, for example, will appear when the system detects that your potential responses could be expressions like "good morning", "I love you" and "thank you". Quick replies will learn from your most used answers - though it's not as advanced as Google's virtual messaging assistant in Allo, which can also identify the context of photos when suggesting responses.

But likely of most interest, in regards to the wider adoption of bots - and in using bots as a digital marketing tool - is the addition of the ability to book movie tickets.

This is not the first transactional process provided through M Suggestions - the system also enables users to book rides through Lyft and/or Uber, to order food via Delivery.com and find music on Spotify. 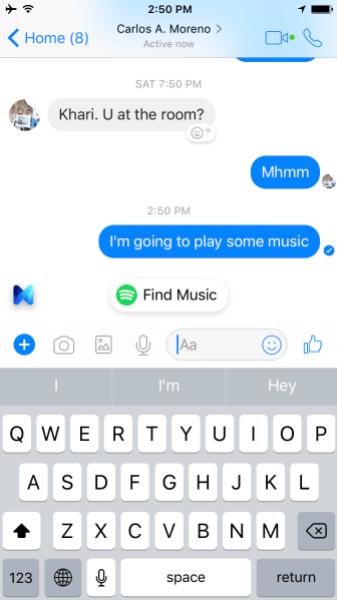 These are all part of their ongoing efforts to make bots a more significant element of the Messenger process - and while bots haven't caught on as Facebook would like just yet, a big reason for that is likely poor awareness, users simply not knowing that they can do these things through Messenger. M Suggestions gives Facebook an opportunity to change that, and the more functionality they can add in, the more chances they have to showcase just how helpful bots can be, how they can simplify various processes and make life easier.

Will these new options help promote and advance the case for bots? It's hard to say - there's no data, as yet, on M Suggestions usage, though given Facebook's adding more functions, and rolling it out to more regions, it would seem that their testing has shown reasonable adoption.

Worth noting too, these new, expanded functionalities will only be available in the U.S. to begin with - those in other regions only have the basic M tools for now, with Facebook taking a slow and steady approach (and making new arrangements with local providers).

Facebook's invested a lot into their Messenger Bots system, and they're making big bets that it will eventually prove popular and see wide adoption. M Suggestions is key to their broader development, and with virtual assistants on the rise - particularly through smart home devices - it does seem to follow that having such tools available within your message streams will, eventually, be a winner.

The key is utility - if users find them not just non-intrusive, but also helpful, offering real benefit, bots could become much more significant very quickly. It's a tricky balance, building a system that can accurately detect relevant opportunities without becoming overwhelming or annoying. But if Facebook can do it, they could be onto another major winner, especially when you consider that both their messaging apps - Messenger and WhatsApp - now have over 1.3 billion users each.