Facebook's Expansion in Indonesia - and the Opportunities That Provides [Infographic]

One of the key strengths of Facebook's ongoing growth has been the platform's ability to expand in international markets, with the Asia Pacific sector growing at a faster rate than anywhere else. Much of that growth has been driven by India, which, according to some reports, is now Facebook's biggest single-nation market (241 million users vs 240 million in the US) - but another key region of growth has been Indonesia, where Facebook has become a huge part of the interactive process.

The key to Facebook's success has been its ability to meet the demands of users across the world, not just in certain markets, and that's no better demonstrated than their expansion in the Asia Pacific.

Facebook have put together this new infographic outlining the state of Facebook adoption in Indonesia, which also underlines the growing opportunities for cross-border commerce via The Social Network. 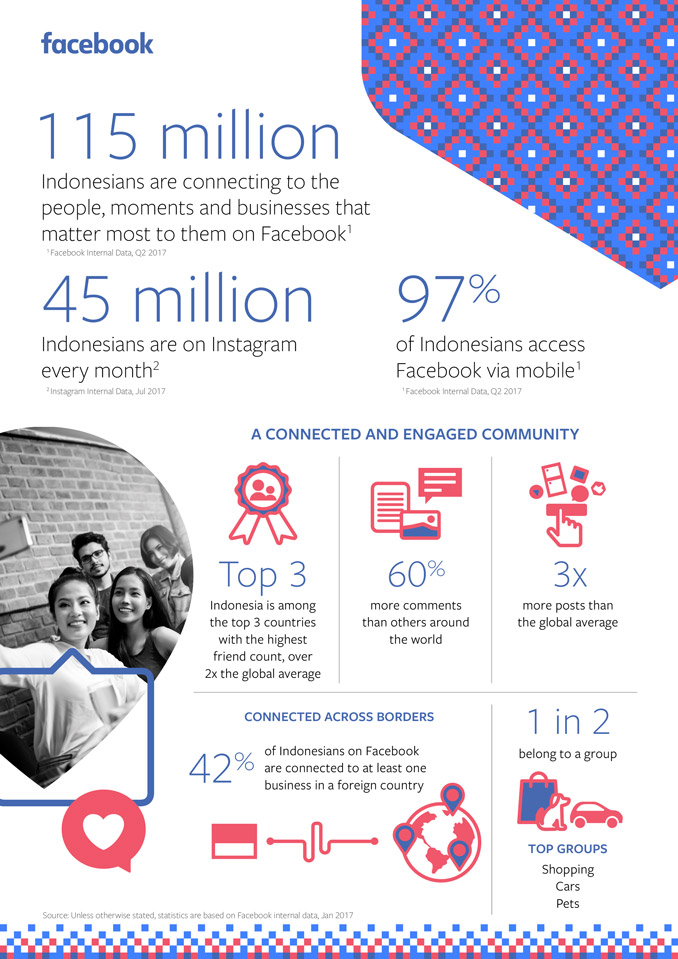