Twitter Adds Ability to Upload and Send Videos via TweetDeck

TweetDeck has announced that users are now able to upload and send videos via tweet through the Twitter management app.

You can now upload and send Tweets with videos in TweetDeck, Tim. pic.twitter.com/vS8epXEe1O

Still something of an under-rated tool yet one widely used by social managers, Twitter has been rolling out gradual upgrades to TweetDeck over time. Last September, they added new time and date search filters to make it easier to find relevant tweets, then in May this year, they added the capacity to search for tweets quoted by other users.

2/ You can now use TweetDeck to see what people are saying about a Tweet pic.twitter.com/5oguYKytRg

Earlier this year too, there was also talk of a new, paid version of TweetDeck which would include a range of advanced features. 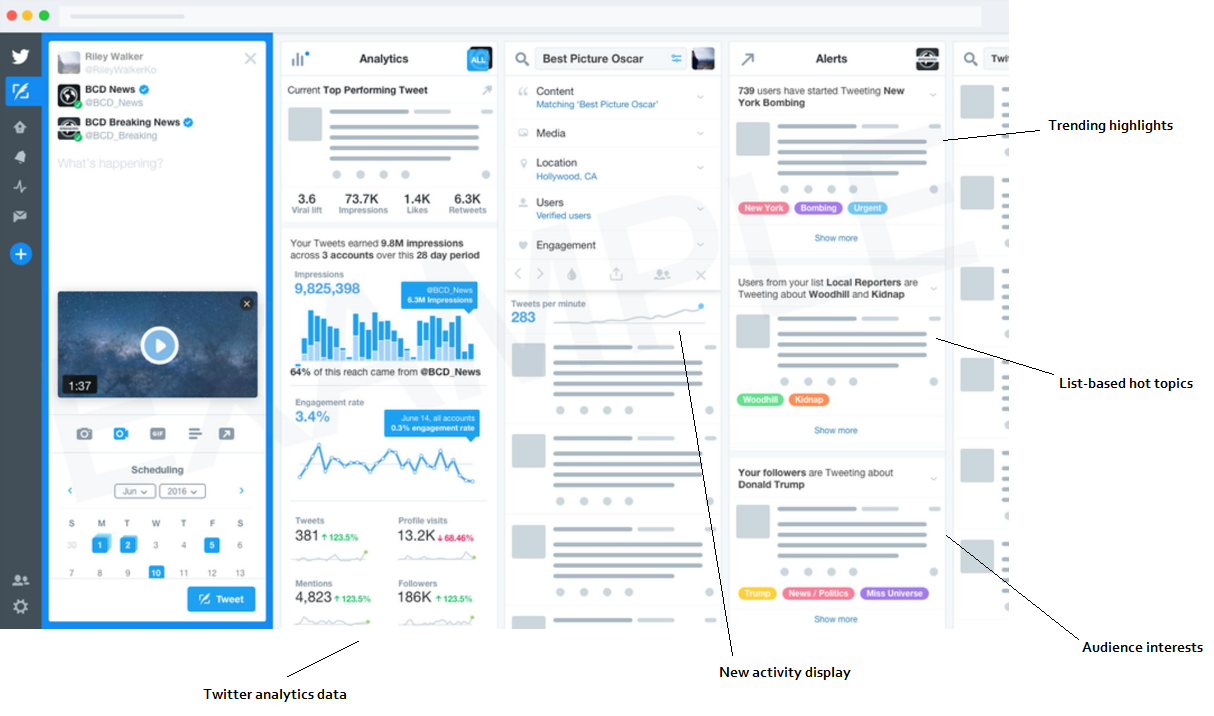 There's been nothing more on that as yet, but it underlines Twitter's support for, and belief in, TweetDeck as a social management tool. And given it is owned by Twitter, and thus, had been connection and support directly to the platform data than third party options, it could be a more powerful tool, if Twitter sought to boost it.

But even without such updates, there's already a wide range of ways you can use TweetDeck, with these smaller additions further adding to the app's value. Ideally, there'd also be a mobile version for managing your Twitter presence on the go, but even without that, TweetDeck is definitely worth a look, and something all social media managers should be aware of.